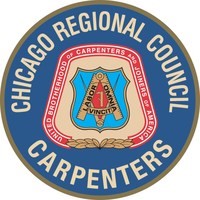 (CHICAGO, ILLINOIS) - The Chicago Regional Council of Carpenters has launched an aggressive campaign to raise public awareness about pervasive tax fraud in the construction industry and is calling on elected officials to help crack down on subcontractors who cheat the system.

In coordination with the 500,000-Member United Brotherhood of Carpenters and Joiners of America, the Chicago Regional Council and its 30,000 Members are standing up and joining Workers across North America for Tax Fraud Days of Action from April 13th to 16th.

The Chicago Regional Council of Carpenters has numerous events planned across the state that will include appearances by the Attorney General, Comptroller, Treasurer and other statewide officials to clearly explain how much tax revenue and insurance compensation the State of Illinois is losing because tax fraud has been left unchecked.

"Construction industry tax fraud affects every man, woman and child in Illinois," Chicago Regional Council of Carpenters Executive Secretary Treasurer Gary Perinar said. "Every time an unscrupulous contractor cheats the system and doesn't pay the state what they owe, that means less money in the public coffers for education, public safety, health care and other essential services.  We're calling on our elected officials at the local, state and Federal levels to hold cheating contractors accountable and help ease the burden on taxpayers."

In the construction industry, tax fraud most often comes in two forms: Paying Employees in cash and purposely misclassifying Employees as Independent Contractors.

When this occurs, the state loses out on key revenue because cheating contractors are not paying Income Taxes, Employment Taxes for Social Security and Medicare, and contributions for Workers' Compensation and Unemployment Insurance.

A recent study from the Illinois Economic Policy Institute said 20% of Construction Workers in Illinois are victims of payroll fraud.

Factoring in lost wages and benefits, this cost Illinois $186 million in lost revenue in 2018.

The Chicago Regional Council of Carpenters represents more than 30,000 Members from 72 counties across Illinois and Eastern Iowa.