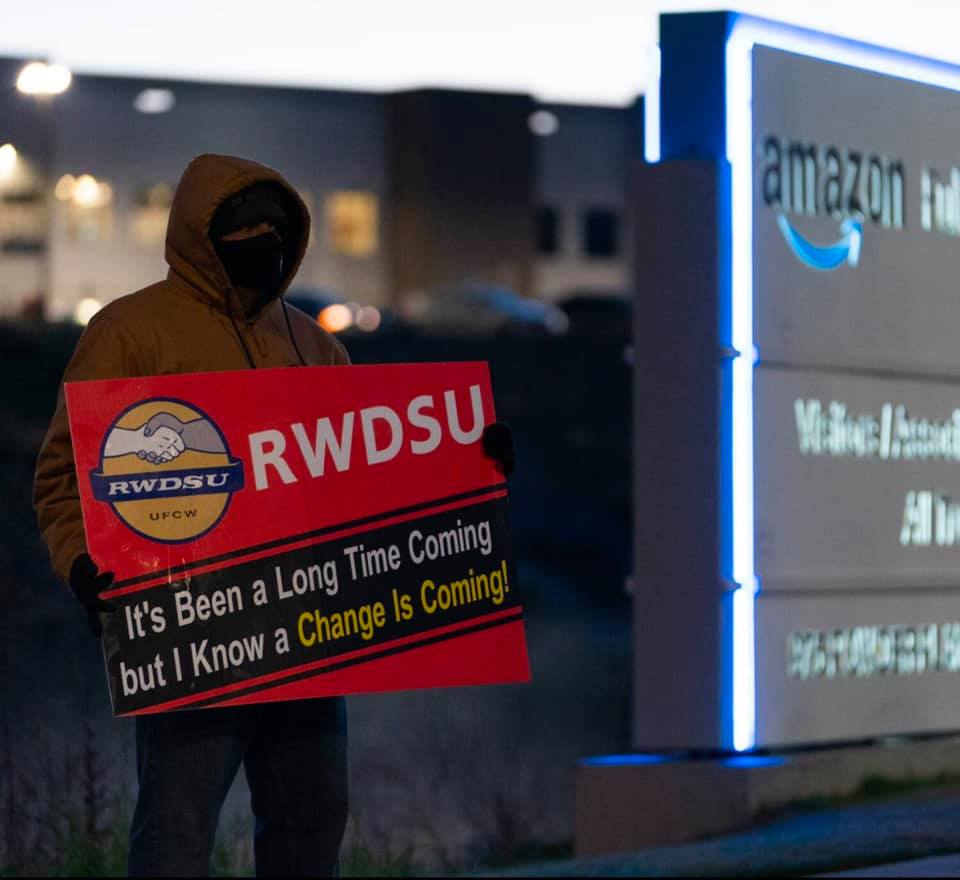 (BESSEMER, ALABAMA) - Some 5,800 Workers at Amazon's facility in Bessemer, Alabama held a historic vote on whether to form the company's first Warehouse Union, but when the votes were tallied, it became apparent the majority of Workers did not vote in favor of Unionizing.

The final tally was 1,798 votes against and 738 votes for joining the Retail, Wholesale and Department Store Union (RWDSU).

That means Amazon has withstood the largest Union push yet among its U.S. Workers and avoided the prospect of its first Unionized warehouse in America.

Nearly 5,900 people work at Amazon's Bessemer facility and more than half cast ballots in the election.

The RWDSU, which led the drive, blamed its defeat on what it said were Amazon’s Anti-Union tactics before and during the voting, which was conducted from early February through the end of last month.

The RWDSU is also requesting a hearing by the National Labor Relations Board (NLRB) "to determine if the results of the election should be set aside because conduct by the employer created an atmosphere of confusion, coercion and/or fear of reprisals and thus interfered with the employees' freedom of choice."

The Union-push in Bessemer has been the most consequential Labor battle in decades.

With a ballooning warehouse workforce, Amazon has grown into the second-largest private employer in the U.S., with more than 800,000 Employees.

It has also long successfully fought off Labor organizing.

Union Leaders said the vote alone prompted hundreds of new inquiries from other Amazon Workers across the country.

It was the first Union Election at an Amazon warehouse since 2014, when a small group of Technicians in Delaware also voted against Unionizing.

"We're really seeing how the balance is always tipped in favor of employers," said Rebecca Givan, a Labor Studies Professor at Rutgers University. "Organizing a Union under current Labor Law is extremely challenging - the odds are always stacked against you."

In Alabama, Amazon unleashed a strong push-back, with lengthy mandatory "information sessions" and flurries of text messages to its Workers.

The company blanketed the warehouse with its slogan: "Do It Without Dues."

For More On This Breaking Labor News Report, Go To: www.npr.org/2021/04/09/982139494/its-a-no-amazon-warehouse-workers-vote-against-unionizing-in-historic-election?utm_medium=social&utm_campaign=npr&utm_term=nprnews&utm_source=facebook.com&fbclid=IwAR2Wi56ma4XFpX0boWvZ2o3ArUlnzQf3QKa-Skmpy2H_DkEH9WlISjUMlIY And www.nytimes.com/2021/04/09/technology/amazon-defeats-union.html?action=click&module=Top%20Stories&pgtype=Homepage