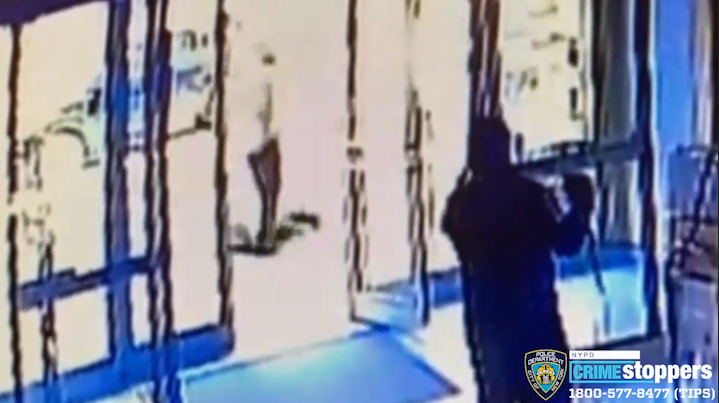 (NEW YORK CITY) - The Manhattan Doorman and Concierge who were fired after an Asian-American woman was brutally attacked on the sidewalk outside their building have filed grievances contesting their termination, the Union representing them said.

The victim, 65-year-old Filipina immigrant Vilma Kari, 65, was walking in front of a luxury building at 360 West 43rd Street shortly before Noon on March 29th when she was attacked by a man in a blue denim jacket who knocked her down and kicked her in the head.

He allegedly told her, “F**k you, you don’t belong here.”

Video from a building security camera initially released by police ended after one of the two Workers closed the door while the woman was still lying on the ground, setting off an outcry that they had done nothing to help her.

But a longer version released on March 31st by the building’s owner, the Brodsky Organization, showed that the Workers had come out of the building within two minutes to help the woman and flag down a passing police car.

The Workers and a bystander seen on the sidewalk in the longer video said that the attacker had a knife, according to 32BJ Service Employees International Union (SEIU).

Still, on April 6th, the company fired the Doorman and Concierge.

In an e-mail to residents obtained by The New York Times, Brodsky Director of Management Rick Mason said the two had failed to follow unspecified “required emergency and safety protocols.”

“The Workers did assist the victim and flagged down the police,” 32BJ President Kyle Bragg responded in a statement. “Under their Collective Bargaining Agreement, both Employees have the right to file grievances.  There is a contractual process to challenge terminations.  The Employees have initiated that process, but the process is just beginning and can take weeks or months.”

The longer version of the video shows the assailant kicking the woman in the chest and knocking her down, then kicking or stomping her head three more times in about 10 seconds.

Inside the building, it shows a Delivery Worker with a cart full of packages apparently telling the Doorman and Concierge about the attack.

One had been down a hallway off to the side, the other enclosed in a booth in the front hall.

About 10 seconds after the attack ends, the Worker from the hall closed the building’s front door.

The assailant was still on the sidewalk out front.

At one point, he stalked toward the woman, but didn’t attack her again, as the three men watched through the glass door.

They emerged onto the sidewalk about 70 seconds after the attack ended, after the assailant left.

About 1½ minutes after that, they flagged down a police car.

Kari suffered a broken pelvis in the assault, a prosecutor told The Daily News.

A suspect, Brandon Elliot, was arrested at a Sheraton Four Points hotel a few blocks south, which is being used as a homeless shelter.

He was charged with assault as a hate crime.

To Continue Reading This Labor News Story, Go To: www.laborpress.org/fired-workers-on-the-job-when-asian-woman-attacked-challenge-their-termination/