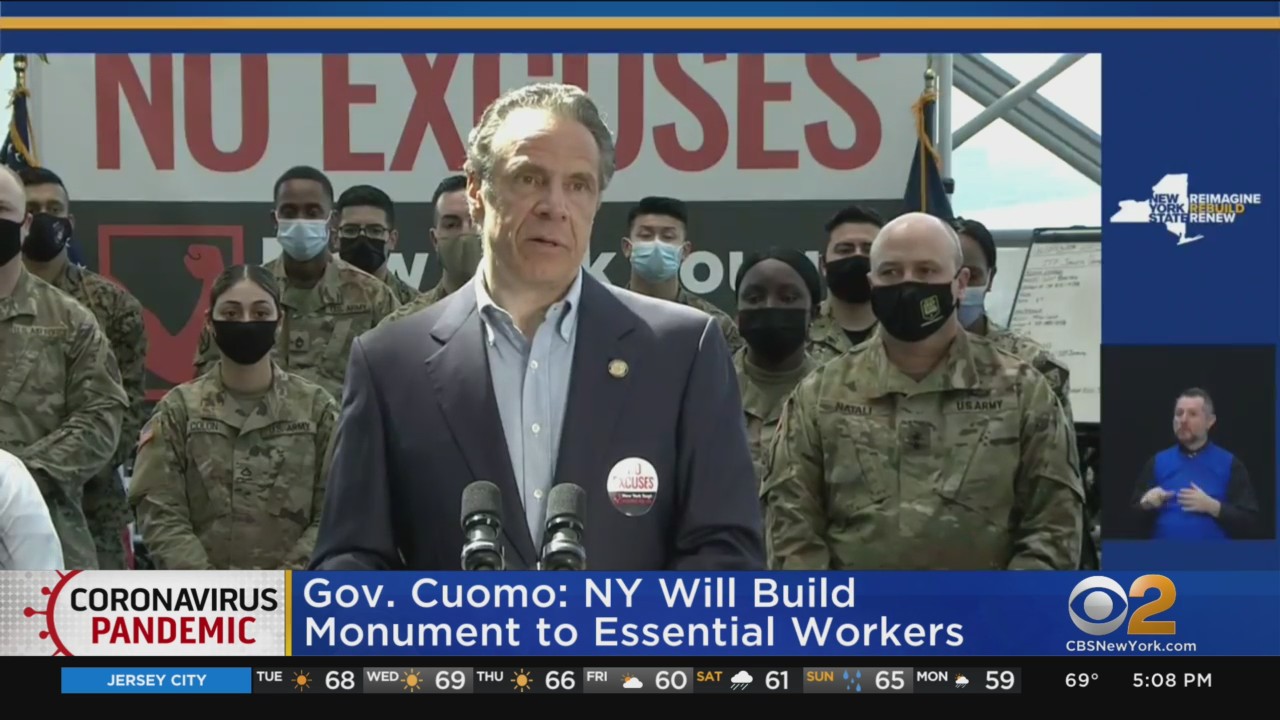 "There can be no way to ever fully repay the Essential Workers who aided in our recovery from this devastating, once-in-a-century pandemic," Governor Cuomo said. "These true heroes continue to aid and inspire us and they have our utmost respect.  To honor them, we want them to create a monument to stand for all time as New York emerges tougher and stronger than ever."

"The memorial says to the Essential Workers, ‘Thank You.’  We honor you," Cuomo said. "Says to their families, you did not lose your father or mother or sister or brother in vain.  They saved the lives of New Yorkers.  COVID was a war, and they were war heroes.  They gave their lives in the midst of that war to save others, and that's what that memorial will say."

The Essential Workers Advisory Committee, comprised of 23 individuals representing the following Worker Groups, will advise on design, location, and installation of the new monument.

The members of the Essential Workers Advisory Committee are:

To Directly Access This Labor News Report, Go To: https://abc7ny.com/covid-vaccine-essential-workers-memorial-monument/10491855/