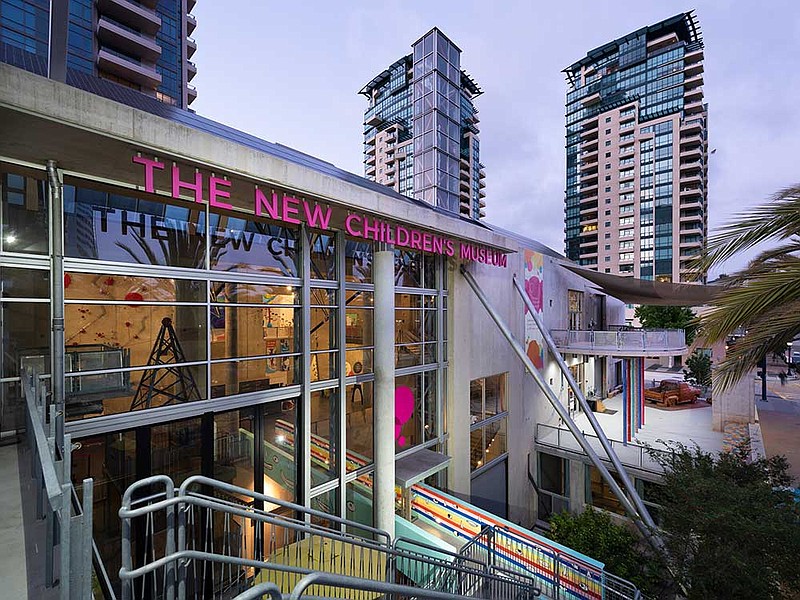 (SAN DIEGO, CALIFORNIA) - In October 2019, Workers representing the organizing efforts of the New Children's Museum (NCM) in San Diego filed their intent to Unionize.   Negotiations on a first contract with management began in January 2020 and continued non-stop until last month.  Now the museum has announced an agreement.

For NCM Workers and Union Organizers like Jill Grant, this has been a difficult year.

Grant was laid off - like much of the Bargaining Unit - in May.

A Bargaining Unit is the group of Employees that are eligible to join the Union, generally the portion of a workforce not in supervisory roles.

In the New Children's Museum's case, the majority of the Bargaining Unit were Visitor-Facing Staff.

Fifty-two Employees were laid off in May, including 34 of the 43 Members of the Bargaining Unit - just days after a negotiation session with management.

"We kept roughly twenty people on staff off and on throughout the year," said Reed Vickerman, Interim Executive Director of the New Children's Museum.

During the closure, the museum moved as much as they could on-line, but in a hands-on museum with school field trips and immersive installations at the heart of their model, things screeched to a halt for much of the workforce when the museum doors closed.

Artists created hands-on DIY art projects and the museum sent kits and distance-learning programs to schools, but that work was carried out with reduced Staff.

"The challenge is the vast majority of the Bargaining Unit are people who work with guests in person," Vickerman said. "And so those Staff were not able to be retained because we were closed.  Literally everyone went home on the (16th) of March and there were months where no one was in the building."

"It was a really difficult thing to experience and we still kept coming back to the negotiating table because there were still Workers on furlough and we still had a contract to negotiate," Grant said of the layoffs.

"Our commitment to agreeing on a fair contract didn't change.  We just kept going, because we knew we would reach a point where we would come back to the museum. And we're at that point.  We're going to go back to the museum with (17%) average wage increases," Grant said.

In addition to the 17% average wage increase for Workers, the contract also includes a new starting wage of $15.75, COVID protections for Employees, Bargaining Unit participation on design committees and the annual Board of Directors conference, increased holiday pay and time off, overtime for museum load-in and load-out assignments and recall rights for Employees who were laid off.

"We're at the intersection of non-profits, childcare and the art world where Workers are predominantly women and women have been historically underpaid.  This labor has been not valued by society and our wages reflect that.  This is not just this museum, this is nationwide," Grant said.

Two years ago, Grant didn't fully know what it meant to organize.

After working for years at the museum in a Senior "Play Worker" role, as well as prior work in other teaching and childcare roles, she knew something had to change.