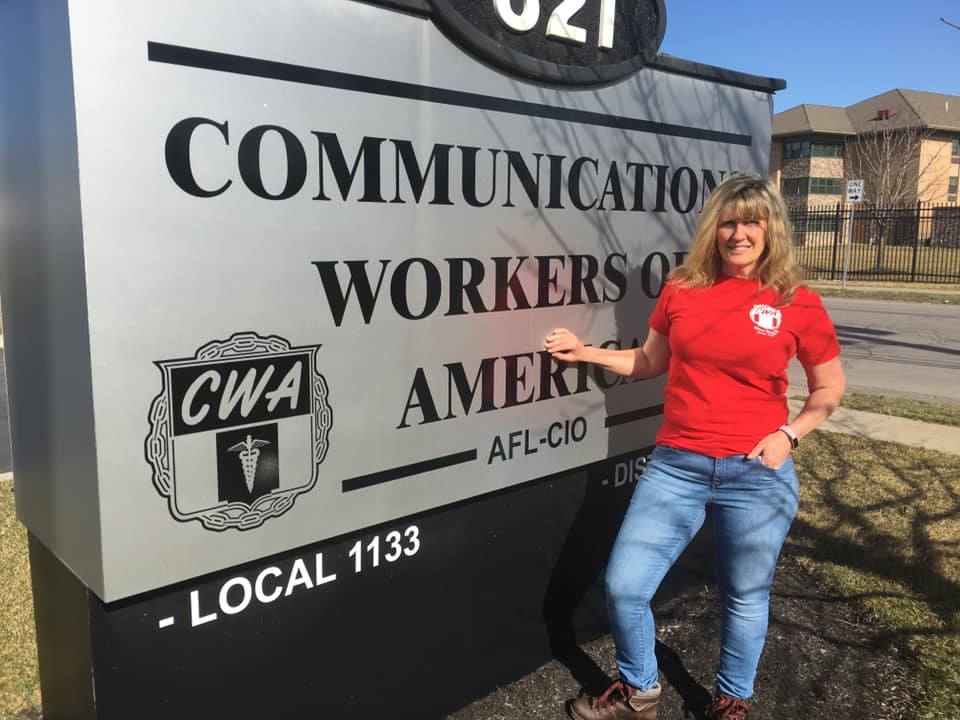 (BUFFALO, NEW YORK) – What a way to get started in a new position.

For the past 30 years, Jackie Ettipio has been a Registered Nurse (RN) here in the Buffalo area who slowly got involved in her Union: Communication Workers of America (CWA) Local 1133, before making a decision last year to run for Local President.

Well, she won the election in the Fall – then she got the COVID-19 virus.

Now fully recovered, Ettipio recently sat down with WNYLaborToday.com to talk about her goals, her Membership, her current negotiations on a new contract with Catholic Health, her recovery from the Coronavirus and a 12.5-acre farm that she maintains, complete with 14 egg-laying chickens and some large turkeys - which is a bit different from any other Union Leader Your On-Line Labor Newspaper has ever encountered across the Western New York Region.

“It was about five years ago.  A Co-Worker of mine ‘was being bullied’ (in the workplace),” Ettipio, 55, told WNYLaborToday.com.  “I ‘didn’t get the answer I wanted’ (in response from her Union).  ‘I was told if I didn’t like (the answer) that I should get active.’  ‘So I decided to get active.’  I ‘volunteered’ to be a Steward.  ‘I wanted people to know that I served them, that I worked for them.’  When I ran for President.  I ran on the platform ‘that I work for you.’  (Former President) Deb Arnett ‘was a great leader.’  ‘She’s a very smart lady, but (she and I) have different’ strategies.”

It was another RN, 42-year-old Carrie Dilbert, who convinced Ettipio to run for Local 1133 President, and who ran on the same slate of candidates that elected her as the Local’s new Vice President.

“I ‘begged her to run,’” Dilbert told WNYLaborToday.com.  “I’d met her through Union happenings ‘and her passion and compassion for other people led me to her.’  ‘She’s a spitfire and I felt she really cares.’  ‘She’s authentic and very strong.’  ‘She stands up for people’s rights and we really need that now’ (across the Labor Movement).  ‘She fights for equality.’  ‘She wants to make sure our Members have a good work-life balance, a better life - especially all those who have been deemed essential during this pandemic.’  ‘She wants them to be paid a fair and living wage.’  ‘I love her strength, honor, loyalty and compassion.’”

What also amazed Dilbert (Pictured on the right with Ettipio inside Local 1133’s Union Offices/WNYLaborToday.com Photo) was that after the election, when Ettipio was diagnosed with COVID: “Jackie ‘kept fighting through it’” and continued to conduct the Union’s business while at home recovering. 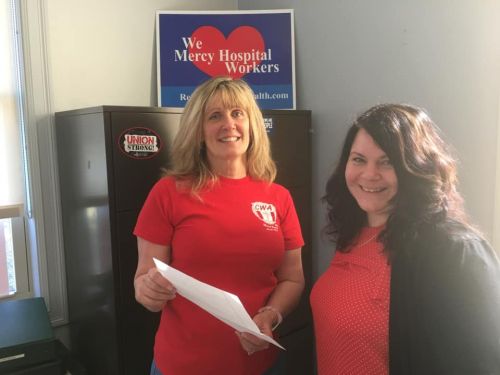 “That was a ‘nightmare’ (Ettipio having Coronavirus),” Dilbert said.  “‘I was so scared for her, but she fought right through it.’  ‘Even though she had trouble breathing (during conversations with Dilbert over the phone), she was always taking care of Union business.’  ‘She was gasping for air, but she’s a fighter.’”

The day after she was elected, Ettipio found out she had COVID, but was back to work a couple of days after Christmas.

“It was ‘full-blown’ COVID, ‘but I thought it was a fluke.’  I thought it was ‘asthma, but it was concentrated in my chest.’  ‘I was short of breath.’  I exercise a lot.  I used to bike forty miles a week, ‘but now - I couldn’t make it walking from the living room to the kitchen.’  ‘I was losing my voice on the phone, I couldn’t say things.’  ‘I was real foggy.’  I kept saying: ‘This isn’t me.  This is a dream, but I had to suck it up,’” said Ettipio, who has worked in Open Heart Units at the VA in Buffalo and at Mercy Hospital in South Buffalo over her career.

Now healthy and back at work, Ettipio is in the middle of negotiations on a new contract with Catholic Health for her Members who are employed at Mercy Hospital in South Buffalo and Kenmore Mercy Hospital.

The current contract expires in June.

“I ‘love’ chess,” she likened contract negotiations to.  “Don’t you see it that way?”

The anxiety that she says she is dealing with “is good for everyone” as she continues to learn on the job.

“Everything is ‘new’ to me,” Ettipio says. “I’m putting in sixty to seventy hours a week, ‘but it’s pretty much what I expected.’”

Safe Staffing and fair wages are paramount in Ettipio’s mind when she discusses what her Nursing Membership needs in this day and age.

“We ‘cannot be red-headed stepchildren.’  ‘We need to get on par,’” she said. “And staffing is so low that it is ‘literally dangerous’ (for the Nurses).  ‘People are scared to death.’”

She has high praise for Local 1133’s Executive Board and Staff, especially Dilbert, who Ettipio says: “We ‘literally work together because we have an idea of what we want to do.’  ‘Two heads are better than one and the more heads the better because no one can ever remember everything.’”

In her personal time, Ettipio (pictured below in a photo WNYLaborToday.com swiped off her Facebook page) escapes it all on her farm in Springville, located just south of Buffalo. 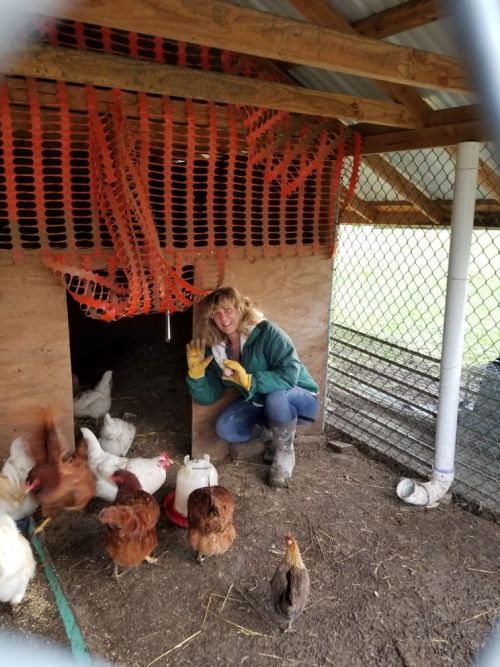 “I ‘always wanted a couple’ of chickens,” she said, with a smile breaking on to her face.  “I have five bird houses and I’m ‘always giving dozens of eggs away.’”

That she does, especially when it comes to helping out some of her fellow Western New Yorkers who might be having a hard time at it these days.

Ettipio is known to give out cartons of eggs to those in need that she meets at the hospitals where her Members work, Dilbert said.

Jokingly, Ettipio - who has two adult sons from a first marriage, tells WNYLaborToday.com she has a “forever fiancé” - who happens to be a Union Carpenter who helps her out with life on the farm.

Asked how they met, Ettipio says: “I ‘liked his truck and I couldn’t (handle a man) who had less dirt under his fingernails than me.’”

As her interview with WNYLaborToday.com came to an end, it was apparent that if her work ethic - displayed both on her farm and in the Union Offices of CWA Local 1133, are any testament to the dedication to her responsibilities, both her chickens and her Union’s Members will be well taken care of – not only now, but in the years to come.