Remote Work For 80,000 New York City Office Workers To End In May - However, One Union Leader Says: âIf The Mayor Wants To Bring Back More City Workers, He Must Work With Us To Ensure Itâs Done Rightâ 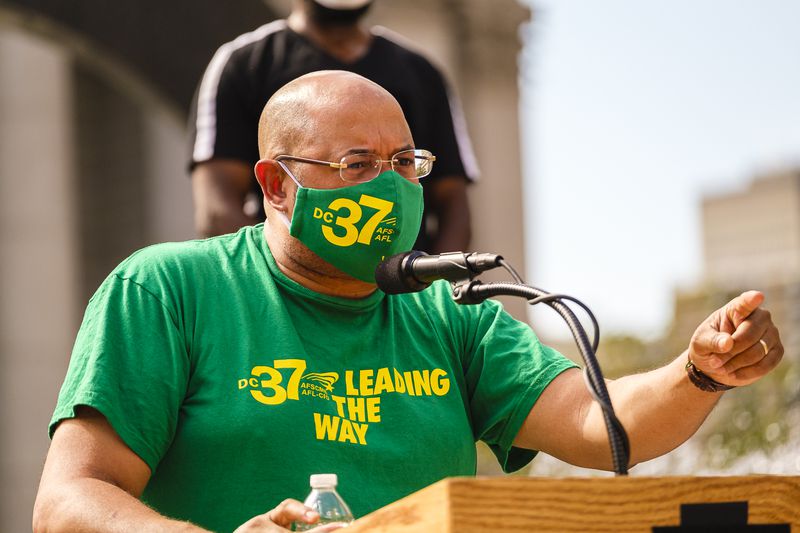 (NEW YORK CITY) - As vaccinations continue to ramp up in the Big Apple, Municipal Office Workers are preparing to return to the workplace physically and will begin doing just that starting May 3rd under a new directive announced by Mayor Bill de Blasio.

The Mayor’s plan applies to about 80,000 City Employees who work in offices.

It will not require proof of COVID-19 vaccination(s), but includes social-distancing and mask-wearing provisions.

“We’re going to make it safe, but we need our city workers back in their offices where they can do the most to help their fellow New Yorkers,” de Blasio said last week. “It’s also going to send a powerful message about this city moving forward.”

The Mayor also said Labor Unions would be included in the process of reopening office spaces.

However, as of early last week, American Federation of State, County & Municipal Employees (AFSCME) District Council 37 - the largest Municipal Workers Union in the city, still had not received details of the city’s plan.

“We already know what happens when we are unprepared: too many Workers die unnecessarily. We cannot repeat the mistakes of the past,” DC 37 Executive Director Henry Garrido (Pictured Above/New York Daily News File Photo) said. “If the Mayor wants to bring back more city workers, he must work with us to ensure it’s done right. We need a guarantee that there will be a mask mandate, Personal Protective Equipment and regular cleanings.”

With more vaccine doses expected from the Federal Government by April, hitting that goal seems more possible than it did just a month ago when doses were in far shorter supply.

Accelerating vaccinations in the city would make transitioning from remote work to in-person easier and less risky, but returning Workers will still be required to take precautions.

As of early last week, about 80% of City Workers were reporting to their physical work sites because most City Employees are considered Front Line Workers, according to the Mayor.

“There’s going to be a lot of people who are vaccinated coming back to work and there will be some who are not,” de Blasio said. “But the approach will be focused on distancing, on ventilation, on all the tools that we know keep people safe.”

Under his plan, ventilation systems would be adjusted to “maximize outside air intake,” surfaces would be cleaned regularly - according to Health Department standards, and face coverings would be made available to Workers.

To Read This Labor News Story In Its Entirety, Go To: www.nydailynews.com/news/politics/new-york-elections-government/ny-nyc-municipal-workers-return-to-office-20210323-drlmlkvmnvghhnbv2lj44t5wti-story.html