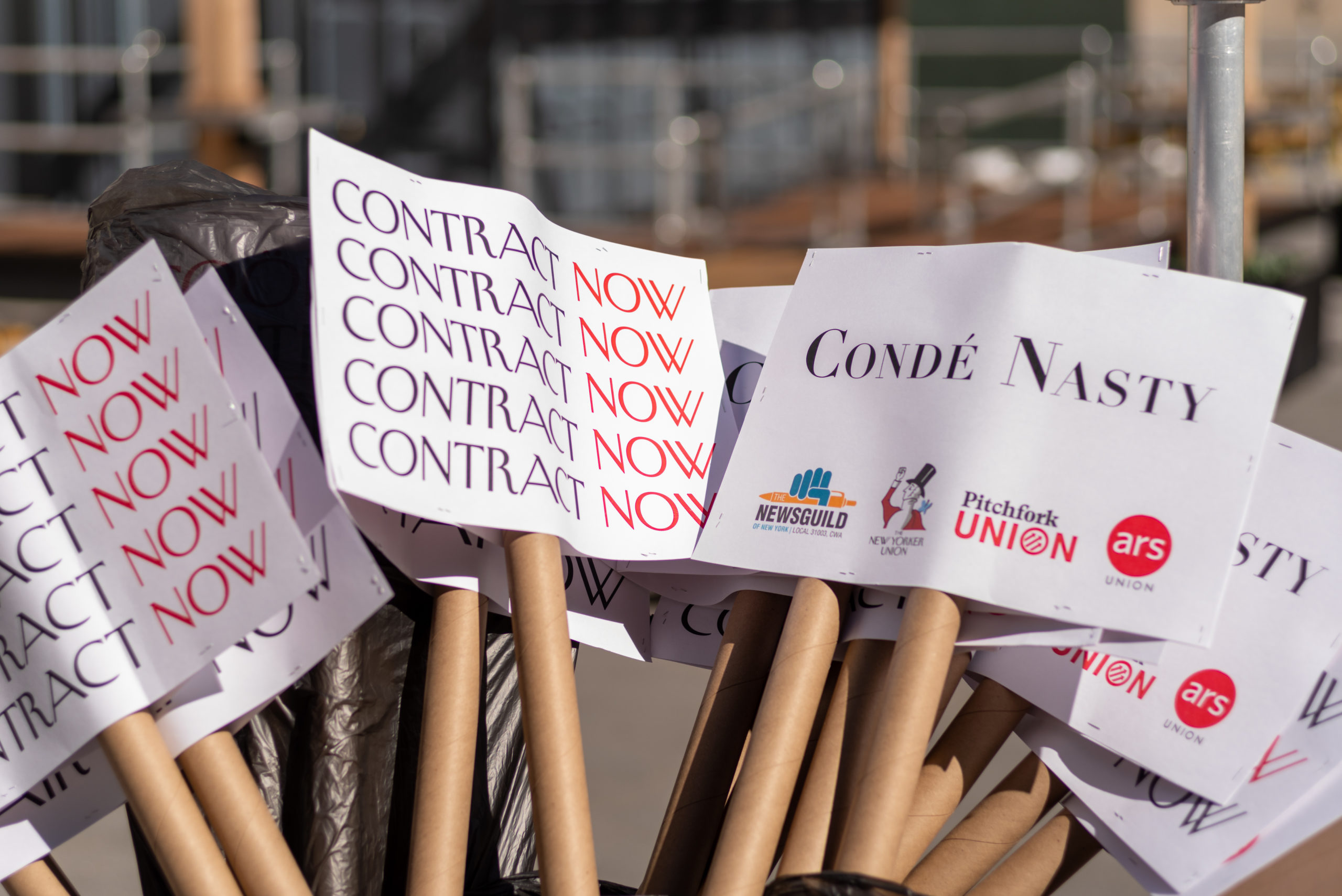 NewsGuild of New York members from The New Yorker, Pitchfork and Ars Technica just held a a socially distanced, in-person rally to demand a fair contract from Condé Nast - or “Condé Nasty” in this instance.

With colleagues and supporters gathered in front of One World Trade, the Union-represented Media Workers collectively told Condé management that enough is enough.

The rally came after Members voted to overwhelmingly approve - with 98% support - a Strike in each of their respective Units.

The historic Strike Authorization Vote and subsequent rally comes after years of slow and contentious negotiations for first contracts at each of the publications.

Contract talks at all three publications have centered on a core set of demands meant to correct long-standing workplace inequities, including fair pay and a safe and inclusive work environment.

“Our Members at Condé Nast continue to prove that they will do whatever it takes to secure a strong first contract, even when management refuses to bargain in good faith,” said Susan DeCarava, the President of The NewsGuild of New York.

“Management’s tactics have revealed a disconnected leadership that refuses to listen to the needs of its Workers, to the detriment of their iconic publications and their readers.  With the full support of the Guild behind them in their fight, we stand with our Members at Condé Nast in demanding their fair share,” DeCarava said.