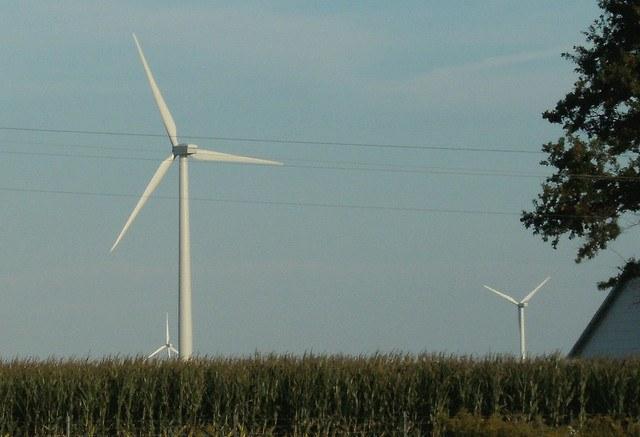 (SPRINGFIELD, ILLINOIS) - Union Membership is low in the growing wind energy industry once construction wraps up, but with the help of the International Brotherhood of Electrical Workers (IBEW), Jeremy Warren and fellow Wind Technicians at Invenergy’s Grand Ridge Energy Center in Northeastern Illinois are looking to add to those figures.

With the support of his colleagues, Warren contacted the IBEW’s Sixth District Office last June and inquired about Union Representation.

By year’s end, even as the COVID-19 Pandemic forced their meetings to be held virtually and voting to be conducted by mail, the Bargaining Unit voted 10-to-4 for IBEW Representation.

They will become Members of Springfield, Illinois Local 51 when an agreement is reached on a first contract.

“We had talked about it in years past, but it wasn’t regarded as a real possibility,” said Warren, who now is part of the Contract Negotiation Committee. “It came to the point where we didn’t feel as valued and we felt like our careers should be a little more legitimate.  I think it helps make the entire industry more legitimate.”

It’s not a large organizing win in terms of numbers, but it gives the IBEW a foothold in an industry expected to grow for the foreseeable future, said Joe DiMichele, who serves as the IBEW’s Sixth District’s Lead Professional and Industrial Organizer for Illinois.

Only 6% of U.S. wind energy employees are Unionized, according to a report released last year by the National Association of State Energy Officials and the Energy Futures Initiative.

The company has been lauded in industry media for how the facility has helped it become a leader in both energy production and storage.

“Invenergy is a large player in renewable energy,” DiMichele said. “They have a lot of wind farms and gas-fired plants.  These issues raised at Grand Ridge are important across the industry.  All Invenergy Workers deserve representation and a voice at the table along with safety and dignity.”

Organizing during the pandemic is a challenge because it removes most of the valuable face-to-face contact with potential new members, DiMichele said - but the Technicians at Grand Ridge had a good idea of what they wanted from the start, which helped overcome that obstacle.

“This is a really big win for us,” Wedell said. “With green energy growing the way it is and the push for renewables by our state government here in Illinois, we think it’s a really big deal.”