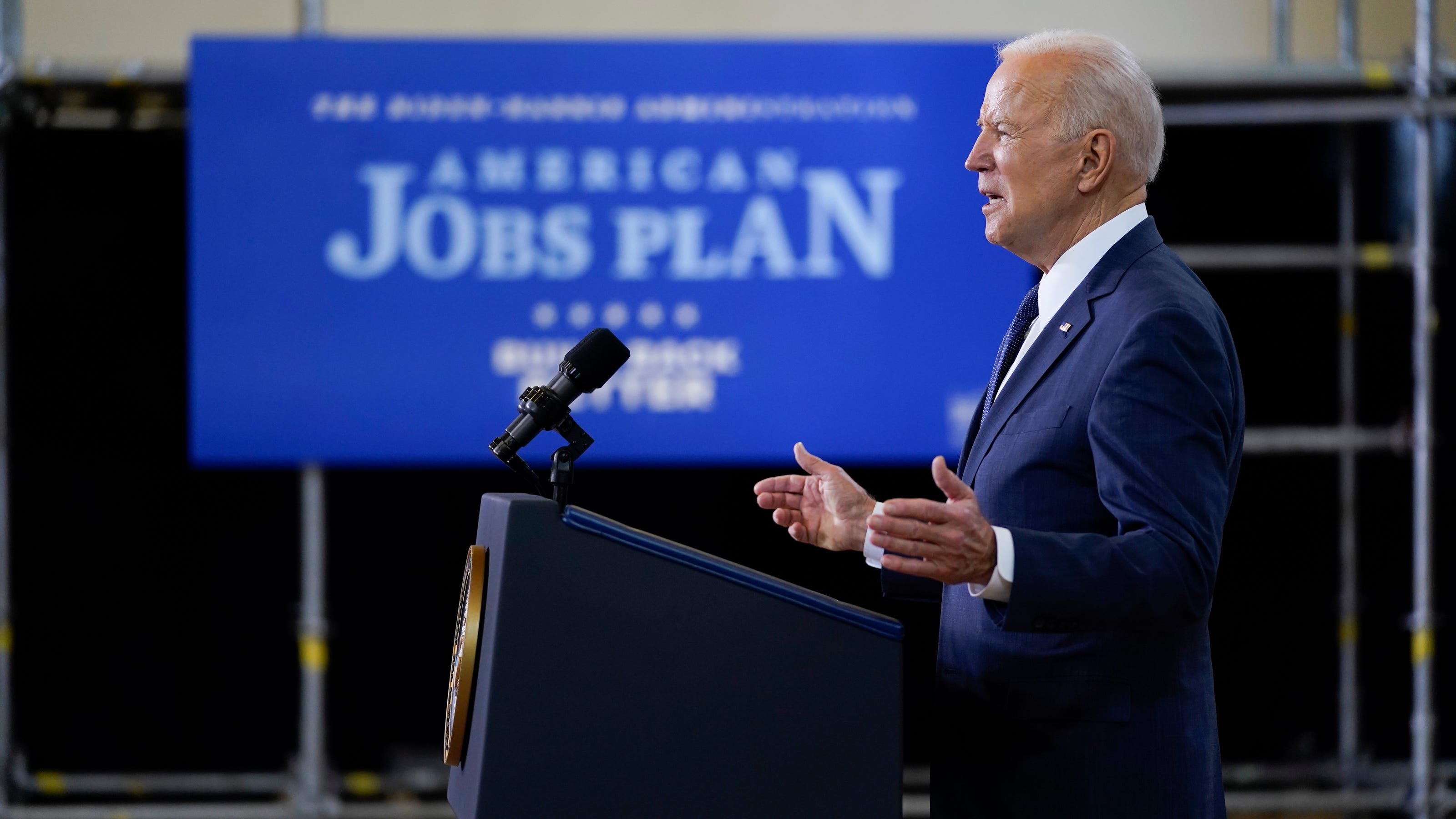 (PITTSBURGH, PENNSYLVANIA) - President Joe Biden proposed his opening bid on Wednesday (March 31st) for a $2 trillion infrastructure package that pushes the United States toward a clean energy economy.  The bulk of Biden’s plan involves upgrading America’s roads, bridges and public transit, but it also takes a sweeping definition of the word “infrastructure,” expanding long-term care for older adults through Medicaid, banning exclusionary zoning and investing in community-based violence reduction programs, among many other things.

The American Jobs Plan, which he formally introduced at a Union Training Center in Pittsburgh, Pennsylvania, will invest about $2 trillion over the next eight years, amounting to about 1% of America’s GDP per year over that time, an Administration Official estimated.

The plan includes $621 billion in infrastructure spending dedicated to rebuilding the Nation’s roads, bridges, ports and rail systems. It also contains $300 billion to bolster manufacturing, $213 billion for affordable housing and a collective $380 billion for research and development, modernizing America’s electricity grid, and installing high-speed broadband around the country. The plan also includes $400 billion for home- and community-based health and elder care.

The White House estimates the infrastructure plan will be paid for within the next 15 years, if Biden’s newly-proposed Made in America Tax Plan is also passed.  That plan would raise the corporate tax rate to 28% to pay for infrastructure and close a number of loopholes to prevent corporations from stashing their money in offshore banks to evade taxes.

It does not, however, raise the Capital Gains Tax - an idea Biden initially floated during his presidential campaign.

Biden plans to argue that revitalizing American infrastructure will create millions of well-paying jobs, lower the country’s carbon emissions, and help the U.S. compete on the world stage, especially with China.

Meanwhile, National AFL-CIO President Richard Trumka released the following statement on President Biden’s proposed initiative: Today’s announcement brings us one step closer to repairing, rebuilding and restoring our country.  Working People are continuing to bear the brunt of the greatest national crisis since the Great Depression and any just recovery will require unprecedented Federal investments in the working communities that have lost the most.  It’s time for Congress to step up and deliver the funding we need to tackle the climate injustice, racial injustice and economic injustice facing Working Families while creating a new generation of well-paying Union jobs.  However, investments alone are far from sufficient.  In order to shift the balance of power in favor of Working People, we need to rewrite the fundamental rules of the economy.  That’s why President Biden is calling on Congress to finally pass the PRO Act and strengthen our freedom to organize on the job.  As we’ve said time and again, we can only build back better if Union Members are doing the building.

While speaking in Pittsburgh, Biden said he’s is a “Union guy, and it is time that Unions get a piece of the action.”

“I don’t make any apologies for it.  I’m a Union guy.  I support Unions.  Unions built the Middle Class and about time they start to get a piece of the action,” Biden said.

Lots of Democrats say that they support Unions - and they mean it.

Previous Democratic Presidents have voiced their support for Unions, but they didn’t call themselves Union guys and state that their goal is to give Unions a piece of the action.

Unions are an important builder of the Middle Class, which is why Republicans have worked so hard for decades to destroy them.

One gets the sense that Biden’s support for Unions isn’t lip service and that he sees increased Unionization as a key toward rebuilding the Middle Class.

Unions now have a committed ally in the Oval Office who wants to lead Organized Labor’s great American comeback.

To Directly Access This Last Portion Of This Labor News Report, Go To: www.politicususa.com/2021/03/31/biden-unions-pittsburgh.html?fbclid=IwAR1RVY9fKc5QHDvzdWBVrw3sWk1m4Petpr8tgf9wyugh805kaVT6cOhi_AY