How U.S. Trade Union Membership Compares To Other Countries Around The World 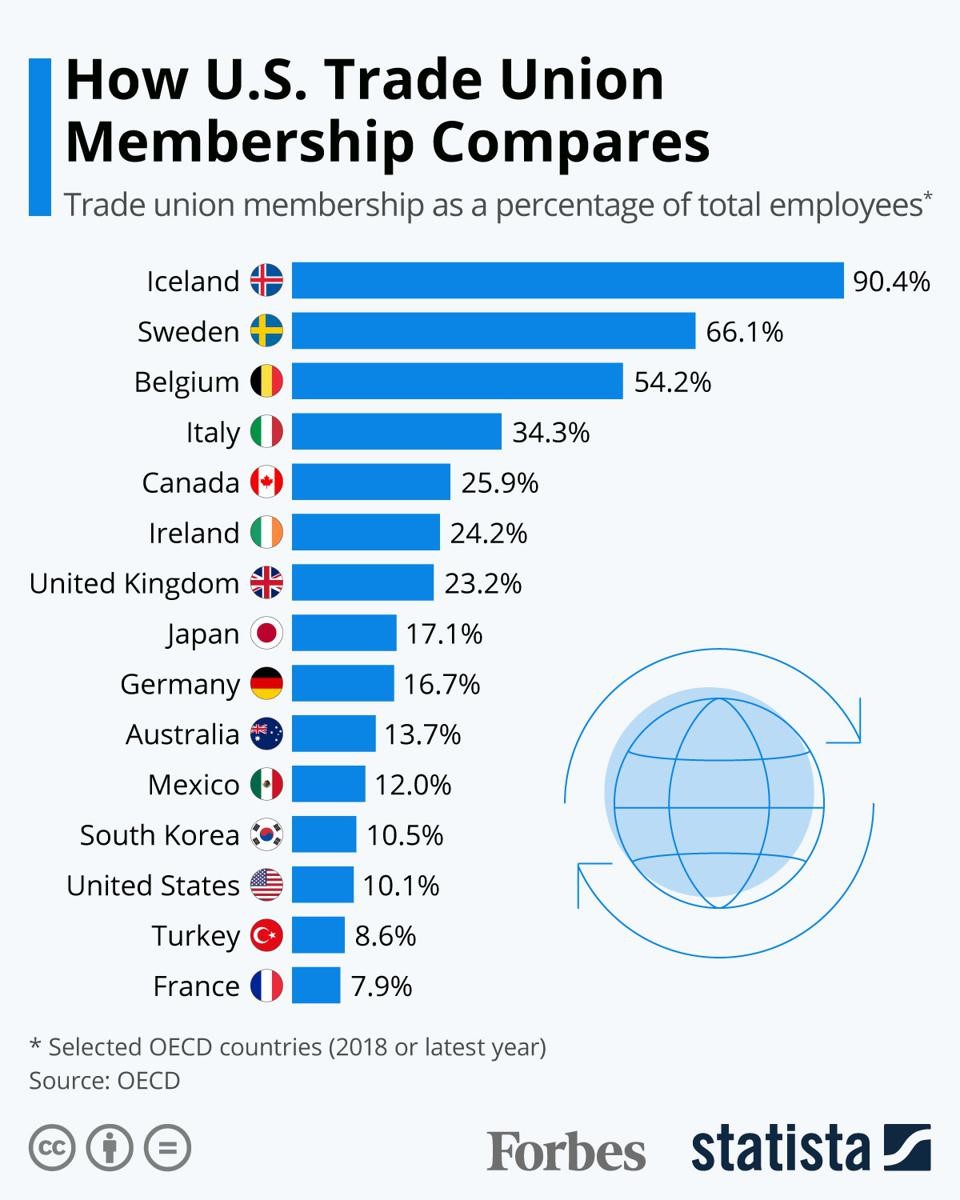 After one of the most high-profile and consequential Unionization Drives in recent American History, ballots are set to be counted in an election to determine whether Amazon Warehouse Workers in Bessemer, Alabama form a Union.

Amazon has been bitterly opposed to the effort and the retail giant has come under criticism across the globe over its working conditions during the COVID-19 Pandemic.

While many of the company's Warehouse Workers are already Unionized in other countries, a vote in favor in Alabama would mark the very first Amazon Union the United States.

If that comes to pass, Amazon would have to enter formal negotiations with the Retail Wholesale and Department Store Union (RWDSU) over a contract for 6,000 Workers employed at the warehouse.

According to data published by the Bureau of Labor Statistics (BLS) in late January, U.S. Union Membership Rates are still much lower than in many other developed countries at 10.8%.

Currently, the highest rates of Union Membership are in the States of Hawaii (23.7%) and New York (22%), while the lowest are in the Carolinas with South Carolina having just 2.9% Membership compared to North Carolina's 3.1%.

More than half of America's 14.3 million Union Members live in just seven states that account for around a third of the national wage and salary employment - California, New York, Illinois, Pennsylvania, Michigan, New Jersey and Ohio.

The most recent international comparison of Trade Union Membership was undertaken by the OECD (Organization for Economic Co-Operation and Development) using 2018 data when the U.S. figure was in similar territory at 10.1%.

The highest rate of Union Membership by far was seen in Iceland at an impressive 90.4%, with the Icelandic Confederation of Labor alone having 104,500 Members, about half of the country's Employees.

The high figure in Iceland has been attributed to a number of factors such as the country's large public sector, strong Union campaigning and Membership granting access to pension funds. 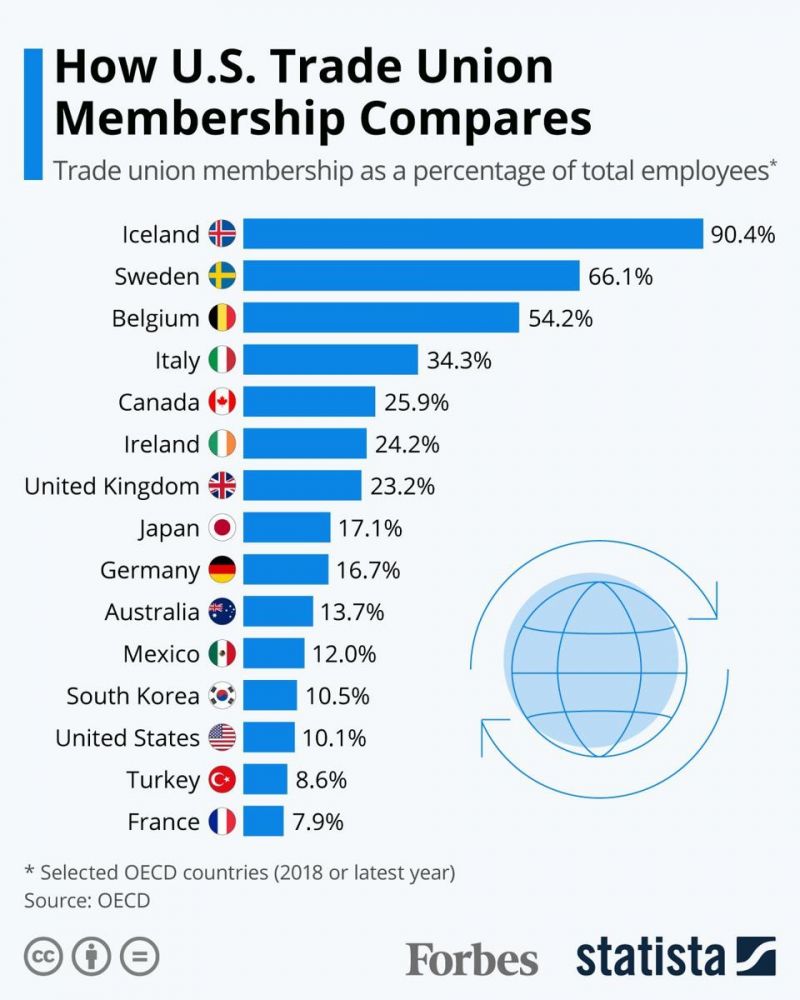 To Directly Access This Labor News Story, Go To: www.forbes.com/sites/niallmccarthy/2021/03/30/how-us-trade-union-membership-compares-infographic/?sh=69dd5fb566ac