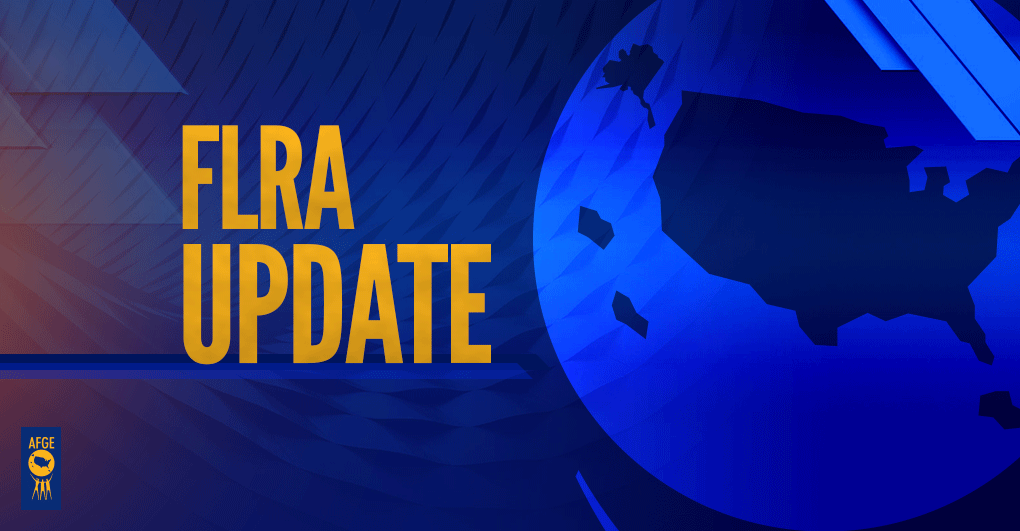 (WASHINGTON, D.C.) - For over four years, the General Counsel position at the Federal Labor Relations Authority (FLRA) has been vacant.

During the entire Trump Presidency, he refused to appoint someone to lead the important Federal Labor Agency.

Dye has a long history of working on Federal Labor-Management Relations.

She has spent 30 years working in the field including serving in the Dallas, Texas Office as a Dispute-Resolution Specialist and a Regional Attorney before becoming the Regional Director of the Dallas Regional Office.

Without a General Counsel, a backlog of cases has accumulated.

The General Counsel is tasked with investigating Unfair Labor Practices (ULPs) and prosecuting them when warranted, conducting Union Elections within the Federal Government, issuing guidance and providing training to Federal Managers and Unions, and providing Dispute Resolution Services.

Without an FLRA General Counsel, these ULP cases were unable to move forward - leaving Dye the unenviable task of having to investigate and clear 450 Labor-Management disputes.

The American Federation of Government Employees (AFGE) - the largest Federal Union, applauded the appointment saying that it is critical to addressing the backlog at the FLRA.

“This appointment is critical to addressing the current backlog of nearly (450) Labor-Management disputes.  For more than three years, the FLRA has not been able to issue complaints due to the vacant general counsel position.  This has left disputes between Workers and management unresolved and allowed the unfair actions to continue,” AFGE President Everett Kelley said.

“We are hopeful that Charlotte Dye will rule fairly and we will begin seeing resolutions to issues important to AFGE Members and Federal Workers across the country - including AFGE Unfair Labor Practices against the Department of Education and Environmental Protection Agency for unlawful implementation of contracts and bargaining in bad faith,” Kelley said.

To Directly Access This Labor News Story, Go To: https://ucommblog.com/section/national-politics/biden-announces-pick-flra-general-counsel?fbclid=IwAR3DSHE84oexRMHmYrQfSQ7wWkhGynX8ZPpk35N3_FCLELh7-gjVarWx0YY