The âAdvantagesâ Of Labor Unions For An Organization 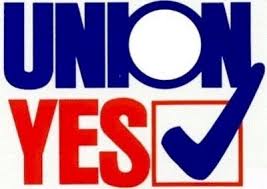 A popular bumper sticker reads: "Unions - The Folks That Brought You The Weekend."

The advantages of a Labor Union to Workers are reasonably self-evident in terms of shorter work-weeks, greater job security, improved working conditions and better salaries.

However, Unions have some surprising benefits for employers as well.

They revolve around productivity, profitability, efficiency and overall stability:

The Advantages Of Standardized Wages: The contracts entered into between Unions and management usually stipulate the salaries to be received by different types of Workers.  The wages are set according to the type of job performed, the amount of time the Employee has been with the company, and any other factors that are agreed to at the bargaining table.  Contracts, known as Collective Bargaining Agreements (CBAs), also lay out the details of salary increases and the types of benefits Employees will receive, such as health insurance and vacation time.  The standardization of wage and benefit packages greatly simplifies the overall task of managing a company's payroll.  Rather than continually negotiating salaries with individual Employees throughout the year, the CBA does the work for the firm.  Workers do not have to ask the boss for a raise and supervisors don't have to take time away from their tasks to handle Worker requests.

Reducing Turnover In The Workplace: Employers tend to encourage a low turnover rate to avoid the disruption and expense of having to hire and train new replacement Employees.  A Unionized factory, warehouse or other industrial facility may find it has a lower turnover rate than its Non-Unionized counterparts. Workers who belong to a Union often feel that they have numerous advantages over other Workers, so they may be content to stay with their current employer to continue to enjoy those advantages.  Worker longevity brings stability to both Employees and the company they work for.

Improving Worker Productivity: According to the non-profit organization, Jobs With Justice (JWJ), Unionized operations see a considerable bump in overall productivity, partly as a fringe benefit of reduced Worker turnover.  The most experienced Workers stay on the job and avoid newbie mistakes that lower productivity.  For example, JWJ notes Union organization in the hospital sector led to a 16% productivity increase, while Unionized manufacturing plants saw a 19% to 24% improvement, and construction sector productivity increased 17% to 38%.

Safety & Compliance: Unionized Workers have considerable leverage to influence working conditions under potentially dangerous circumstances.  Unions typically emphasize keeping Workers healthy and injury-free.  This can mean a lower rate of injury, absenteeism and Workers' compensation in occupations such as construction, machinery operation, hazardous chemical handlers, and similar high-risk jobs.  The enhanced safety is a boon for Workers, obviously, but also benefits the employer.  Companies benefit by improving their reputation regarding injuries and Worker safety and avoiding fines, lawsuits and increased regulatory oversight that can result from safety mishaps. The Guardian reports some Union workplaces have a 50% lower injury rate than industry norms.

Formalizing Employer-Employee Communications: Union agreements can establish formal lines of communication between Workers and management that offer an effective, two-way street for raising issues and solving problems.  SmartAsset, a Financial Services Organization, notes consistent communication allows Worker grievances to quickly and effectively be aired and resolved before becoming festering problems that can affect workplace morale and productivity. Conversely, managers dealing with someone they deem a problem Employee are provided clear guidelines for articulating the problem, communicating solutions and disciplining the Employee.

To Continue Reading This Labor News Story, Go To: https://smallbusiness.chron.com/advantages-labor-unions-organization-21119.html