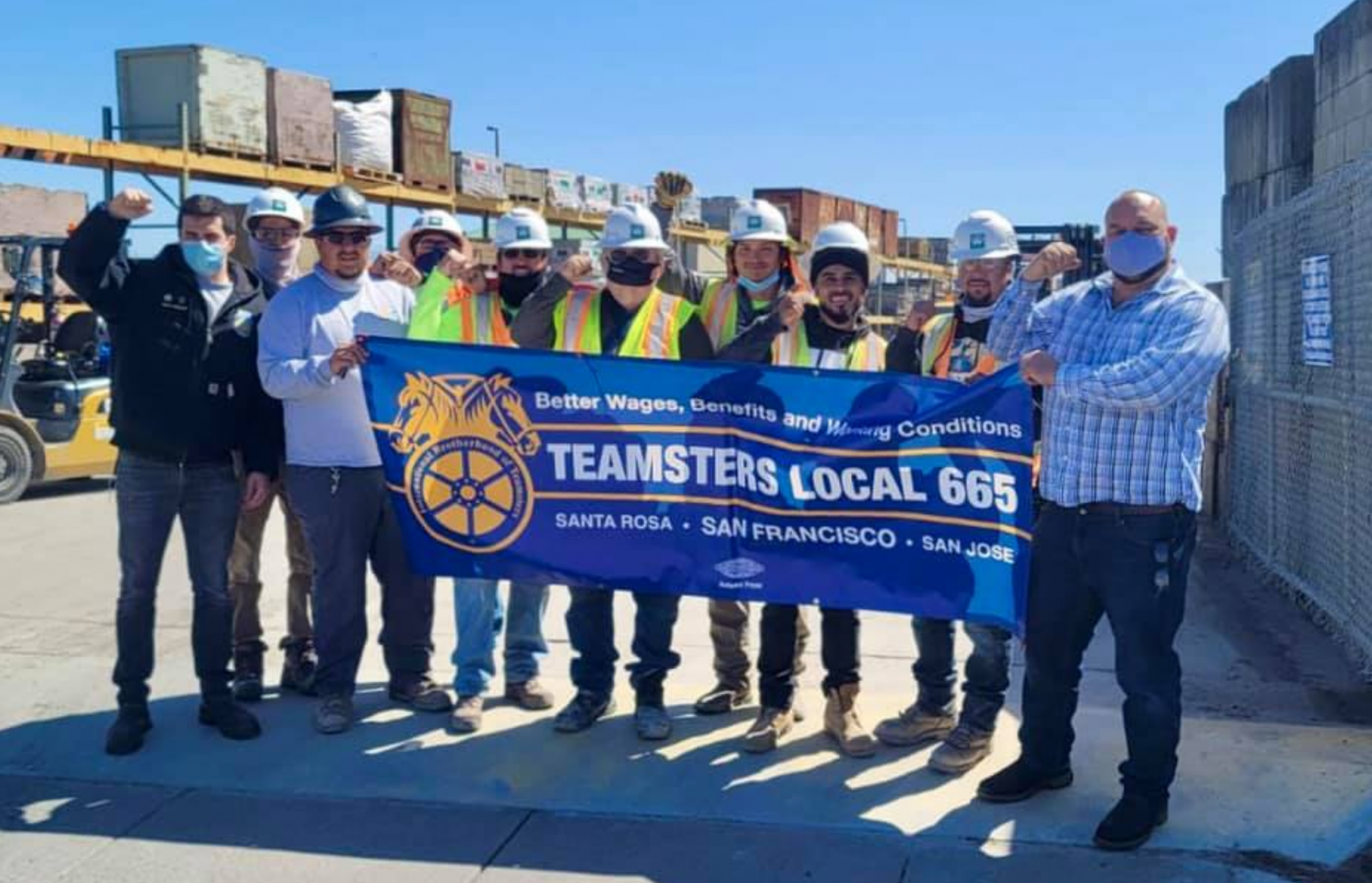 The Workers are responsible for the distribution and supply of building materials that are used in construction.

“These Material Handlers saw the level of compensation that Dump Truck and Ready Mix Drivers they work alongside with were getting, so they jumped at the opportunity to negotiate their Union Contract,” Teamsters Local 665 Secretary-Treasurer Tony Delorio said.

“Our newest Members understand that industry density is essential to increasing wages and benefits in this line of work, which is critical,” Local 665 Business Agent Tom Woods. “We look forward to collective bargaining.”

Jose Chavarria, one of the Material Handlers who voted to join Local 665, agreed that what he saw first-hand motivated him to become a Teamster.

“Just hearing from other companies - for example, the company across the street - they do the same type of work as us, but get paid more,” Chavarria said.

“We heard about the pension, the benefits - everything we can get for our families and ourselves - so we said, ‘Why not do it?’  Being united as one, as a Brotherhood, it caught our eye.  Who doesn’t want to work together as a team to get their own merit?,” he said.

Teamsters Local 665 represents working Members in nine counties throughout a variety of industries in Northern California and the San Francisco Bay Area.