In The Aftermath Of The Killings Of Six Asian Women In Atlanta, The New York State Nurses Association Issues A Statement Of Support For Asian-Americans & Pacific Islanders - âAnd Against The Racist Terror Aimed At Themâ 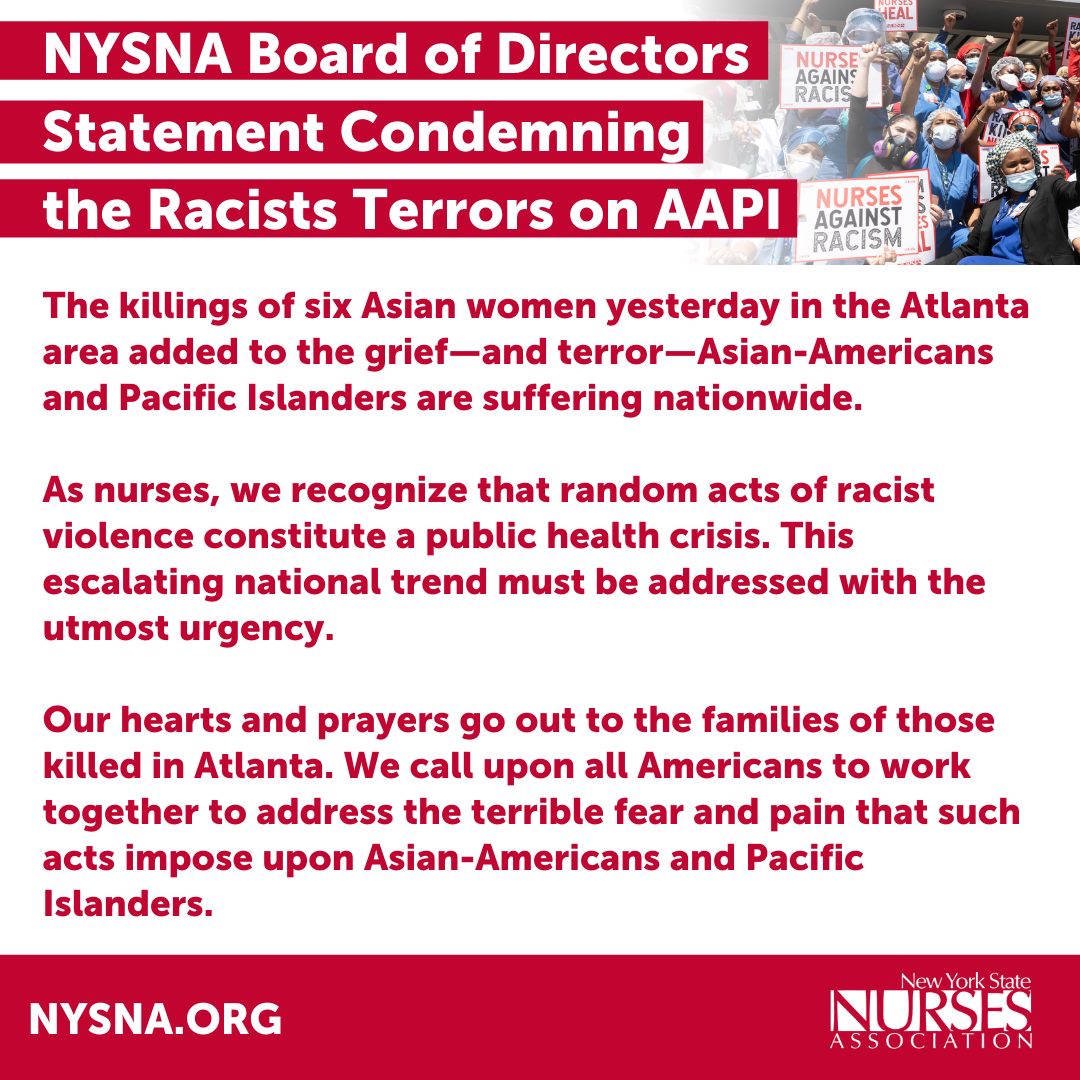 (NEW YORK CITY) – The 42,000-Member New York State Nurses Association is condemning the racist terror aimed at Asian-Americans and Pacific Islanders in the United States, saying all Americans “must work together to address the terrible fear and pain.”

The killings of six Asian women in the Atlanta area added to the grief - and terror - Asian-Americans and Pacific Islanders are suffering nationwide.

In the last year, since the Coronavirus appeared, nearly 3,800 hate incidents have been reported to Stop AAPI Hate.

The organization counts verbal harassment and name calling, shunning or deliberate avoidance of Asian-Americans, and physical assaults as acts of bigotry and racial hatred.

As Nurses, we recognize that random acts of racist violence constitute a public health crisis.

This escalating national trend must be addressed with the utmost urgency.

Our hearts and prayers go out to the families of those killed in Atlanta.

We call upon all Americans to work together to address the terrible fear and pain that such acts impose upon Asian-Americans and Pacific Islanders.