Hundreds Of Janitors Strike In San Francisco In Protest Over Low Pay, Worker's Rights & A Lack Of Workplace Protections 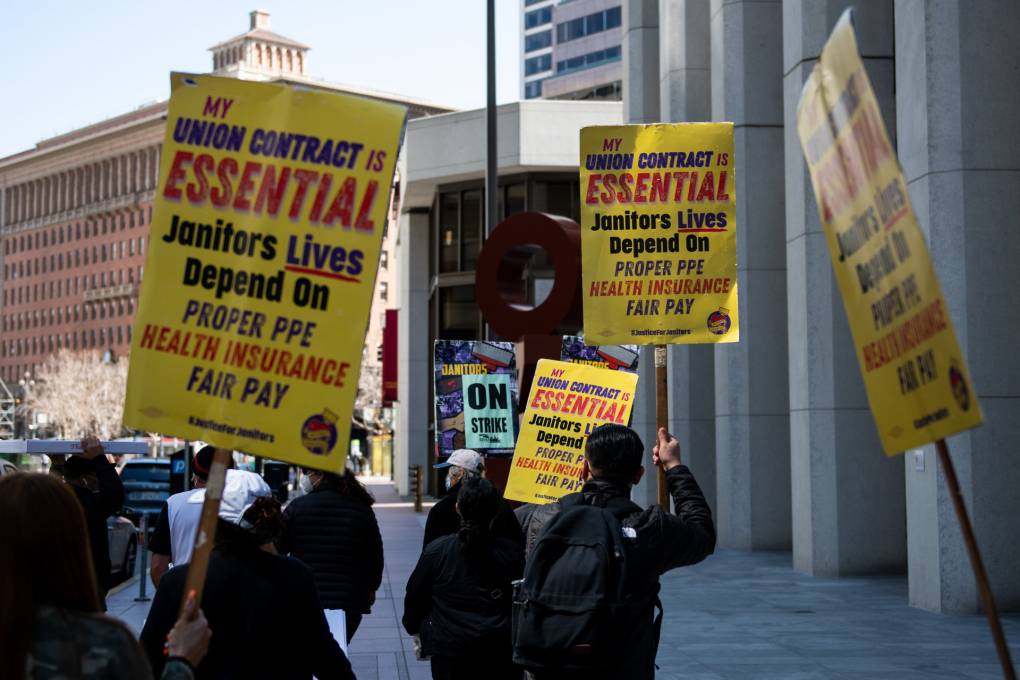 (SAN FRANCISCO, CALIFORNIA) - More than 700 hundred Janitors working in San Francisco are out of Strike in protest of low pay, Worker's Rights and a lack of protections.

The protest was spread into two groups: one outside of the city's tallest building, the Salesforce Tower, and a second outside another large building.

According to NBC Bay Area, the Janitors were assisted in protest by Service Employees International Union (SEIU) Local 87.

The Union told local media outlets that the protest was in demand of a new labor deal that would give Janitors better pay and seniority rights.

The Janitors also asked that a new contract ensure ventilation systems run while they work at night and that there are measure put in place to protect them from sexual assault while on the job.

The Union has been fighting to have these new terms met since August 2020.

SEIU says 26 janitors have died from COVID-19 since the pandemic began.

One Janitor told NBC Bay Area that he and others are picking up trash without access to hand sanitizer.

He also said companies are only supplying one to two masks to Workers every two to three months.

The protesters also demand a rehiring of Janitors and other Cleaning Workers who have been laid off since the pandemic began.

According to NBC Bay Area, 3,000 Janitors and Cleaning Staff have been let go due to the pandemic.

To Directly Access This Labor News Story, Go To: www.cleanlink.com/news/article/Hundreds-Of-Janitors-Walk-Off-Job-In-Strike--26925