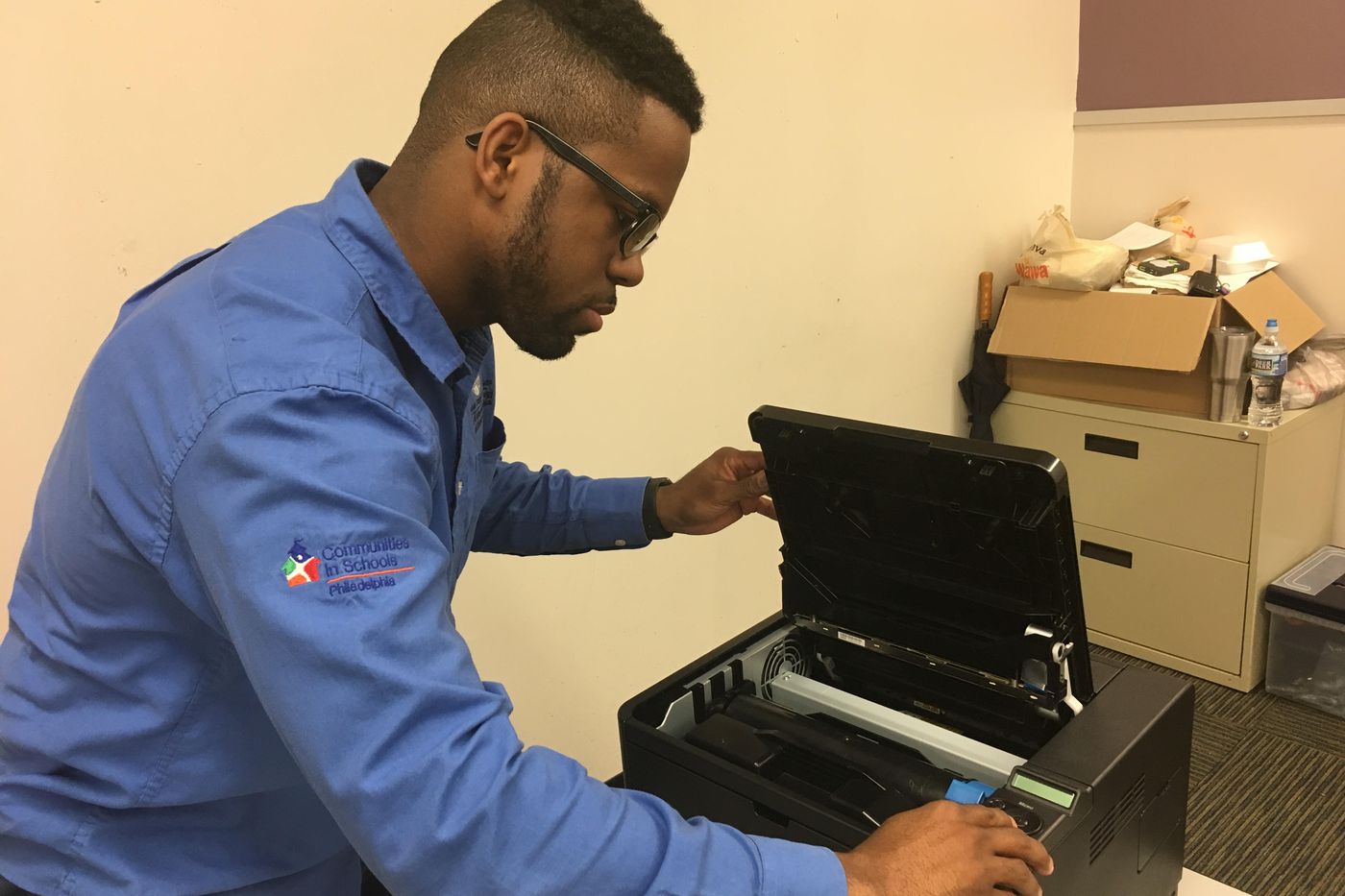 (PHILADELPHIA, PENNSYLVANIA) - Midway through his second Summer semester at Temple University in 2017, Gregory Johns-Miller realized he didn’t have the money to continue his finance degree.

Johns-Miller, who earlier that year received his Associate’s Degree from the Community College of Philadelphia after paying out-of-pocket, knew he was going to have to change course.

A friend recommended Johns-Miller apply to the Urban Technology Project (UTP), an Apprenticeship Program that teaches high school graduates and career changers the fundamentals of Information Technology (IT).

Johns-Miller biked to the UTP office on North Broad Street that same day.

Johns-Miller, 26, graduated from the project’s Computer Support Specialist program in July, and got a salaried position as an IT Specialist at Vaux Big Picture High School in Sharswood.

By December, he had saved enough to purchase his first house.

“I’ve been able to show people that although things don’t always go the way you plan them, there still are alternative routes and you can be successful going that route,” Johns-Miller said.

In the 18 years since UTP launched as a partnership between the School District of Philadelphia and Communities In Schools of Philadelphia Incorporated, more than 500 aspiring Tech Workers have passed through the project’s two programs that place Apprentices in the city’s public schools.

UTP prepares its participants - who, in 2020, were 95% People of Color and 45% female - with the soft skills, specialized knowledge and hands-on experience they need to secure employment in a growing and well-paying field.

A survey of program alumni found that 88% of 89 respondents remain in the tech sector.

“For a lot of low-income People of Color, college is out of reach because of the price tag,” said Shana Savage, Assistant Director of IT Apprenticeships at UTP. “Apprenticeships remove that barrier where you can’t get to the Middle Class without that golden ticket of a college degree.”

Savage said one of the major program goals is to show employers there is local talent with the skills and certifications to thrive in technology jobs and diversify the mostly white field.

This past year, as schooling moved on-line, the demand from the district for IT Specialists soared.

UTP has also seen an increase in interest in the program as Philadelphians seek out a more “pandemic-proof” career path, Savage said.

To Continue Reading This Apprenticeship And Training Labor News Story, Go To: www.inquirer.com/business/computer-training-it-philadelphia-temple-ccp-tech-20210327.html