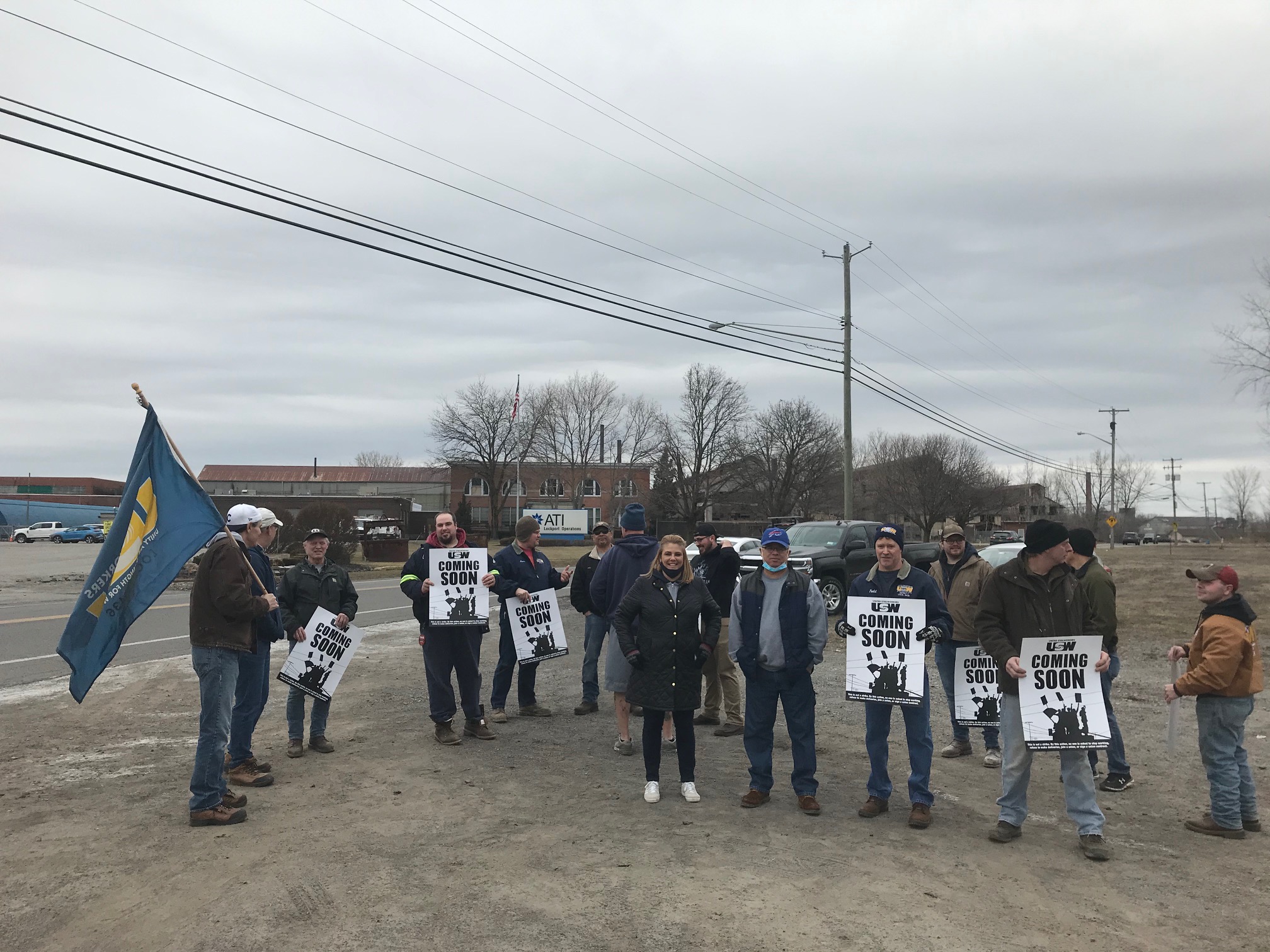 WNYLaborToday.com Editor’s Note: “Our Members are fed up,” USW Local 9436-7 President Michael Swan, who is part of the USW-ATI Bargaining Team, told WNYLaborToday.com after his Members (Pictured Above/Photo Courtesy of Michael Swan) conducted an informational picket outside the Lockport Plant earlier this month.

A total of 1,300 Unionized Workers at nine facilities across the country had overwhelmingly agreed to authorize a possible Strike after more than a year of stalled contract negotiations after the global metals company could not be persuaded to offer better wages, benefits and working conditions.

The USW says the company has persistently tried to force its Workers to accept contract concessions.

The USW’s current agreement with ATI expired on February 28th, 2021 - and while the Union agreed to extend the agreement as negotiations continued, the USW and its Members employed at ATI have become increasingly frustrated by the company’s proposals.

And many are still angry over ATI locking out 2,200 USW-represented Workers at 12 plants in six states for six months before the USW and the company eventually agreed to a new four-year agreement in 2016.

The lockout was the first in the company’s history.

“Our Members are fed up,” USW Local 9436-7 President Michael Swan, who is part of the USW Bargaining Team, told WNYLaborToday.com after his Members conducted an informational picket outside the Lockport Plant earlier this month.

USW International Vice President (Administration) David McCall, who chairs the Union's negotiations with ATI, said that the company has no excuse for committing ULPs in its drive to force Workers into accepting unnecessary concessions.

“In addition to protesting the company’s serious Unfair Labor Practices, it is the utmost desire of the Union to achieve a fair and equitable contract, and we are prepared to meet with management all day, every day if it helps us reach a fair agreement.  We will continue to bargain in good faith, and we strongly urge ATI to do start doing the same,” McCall said. “

“We've stood together to survive during hard times in the past and know that we can accomplish great things through solidarity and collective action.  After years of loyalty, hard work and sacrifice, Workers deserve more respect and consideration than ATI has shown at the table,” he added.

The USW represents 850,000 Members employed in the metals, mining, pulp and paper, rubber, chemicals, glass, auto supply and the energy-producing industries, along with a growing number of Workers in health care, public sector, higher education, tech and service occupations.

To Directly Access The Majority Of This Labor News Story, Go To: www.usw.org/news/media-center/releases/2021/steelworkers-intend-to-strike-ati-over-unfair-labor-practices