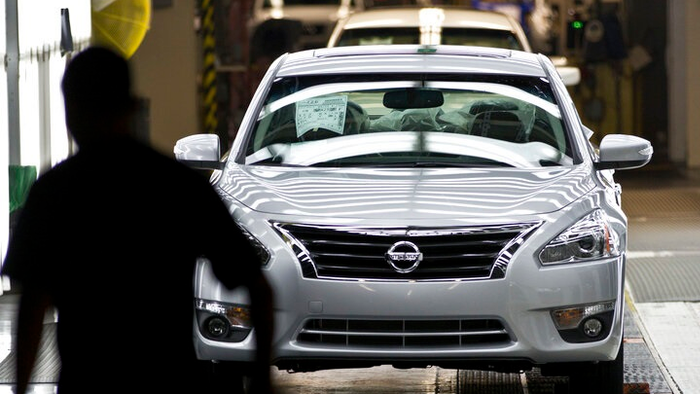 (NASHVILLE, TENNESSEE) - A Union wants to hold a vote for representation of fewer than 100 Workers out of thousands at the Nissan Vehicle Assembly Plant in Tennessee, a move the company opposes because the effort doesn't stretch more broadly across the facility's workforce.

The International Association of Machinists and Aerospace Workers (IAMWA) says an overwhelming majority of the 87 tool and Die Maintenance Technicians at Nissan's plant in Smyrna, about 25 miles southeast of Nashville, have signaled their support for Unionization.

The effort marks the latest foray in the uphill fight for Unions to gain traction at foreign-owned auto assembly plants in the traditionally Anti-Union South.

Whether or not a vote can be held hinges on ongoing arguments in front of the National Labor Relations Board (NLRB).

An attorney for Nissan argued the Employees are not sufficiently distinct from other Plant Workers, reasoning any Unionization Vote would need to extend to about 4,300 Production and Maintenance Employees.

An attorney for the Union contended that the 87 Employees have extremely specialized skills for a job that others at the plant cannot do, making them eligible for their own stand-alone Union Representation.

Nissan does work with Organized Labor in the rest of the world, but votes to Unionize broadly at the U.S. two plants have not been close.

Workers in Smyrna rejected a plant-wide union under the United Auto Workers (UAW) in 2001 and 1989.

The Japan-based automaker's other U.S. assembly plant in Canton, Mississippi, rejected facility-wide representation by the UAW during a 2017 vote.

The margin was much closer in 2019 and 2014 votes at the Volkswagen Plant in Chattanooga, Tennessee, where Workers twice rejected a factory-wide Union under the UAW.

The year after the 2014 vote failed, a group of 160 Chattanooga Maintenance Workers won a vote to form a smaller Union, but Volkswagen refused to bargain.

The German Automaker argued the Bargaining Unit needed to include Production Workers as well.

Unions also have run into opposition from Republican politicians when they attempt to organize at foreign automakers in the South.

Before the 2019 Volkswagen vote, Republican Governor Bill Lee told Employees there in a closed-door meeting that he believes “when I have a direct relationship with you, the Worker, and you’re working for me, that is when the environment works the best."