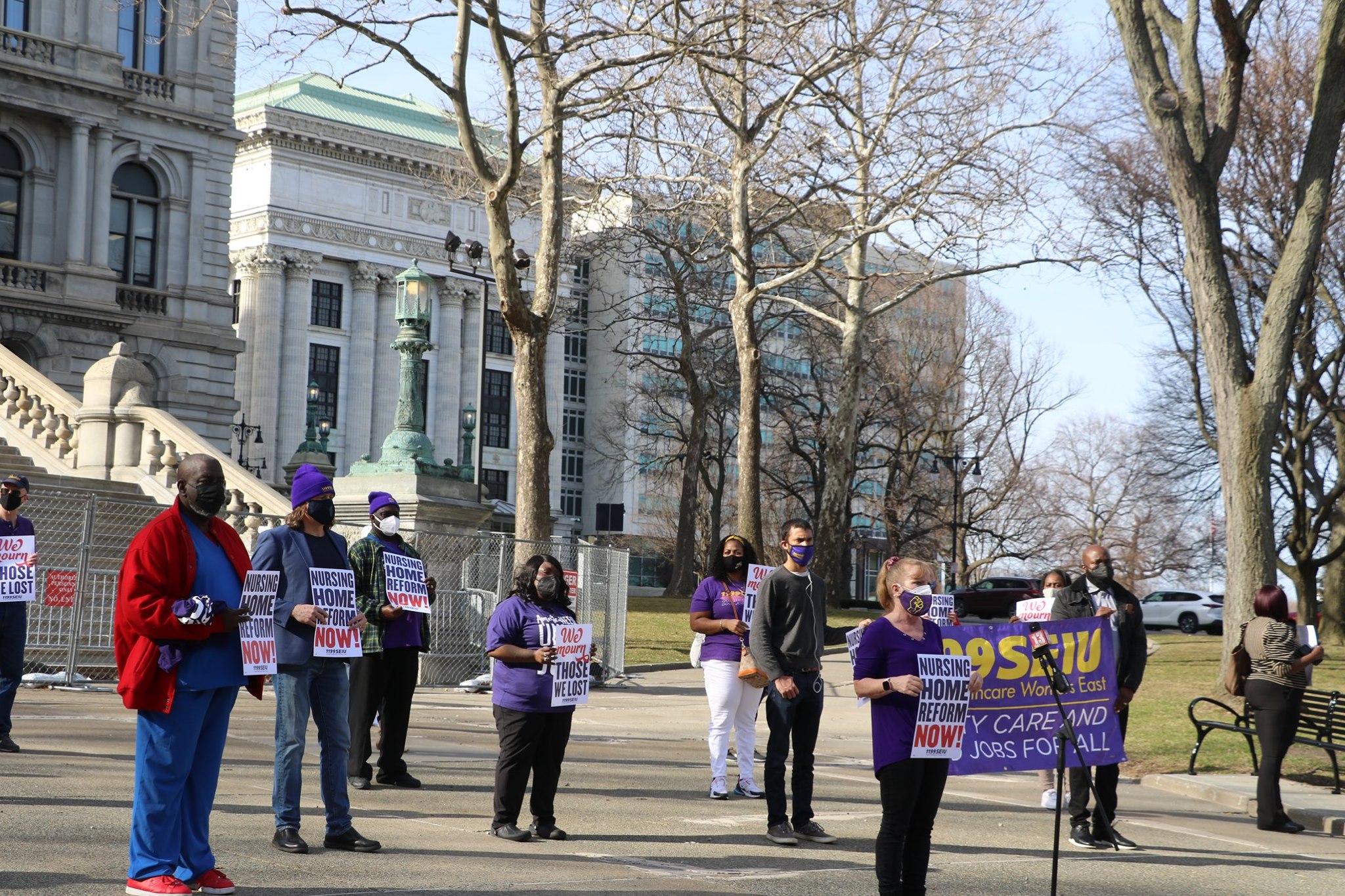 (ALBANY, NEW YORK) - Members from 1199 Service Employees International Union (SEIU) United Healthcare Workers East made their voices heard in front of the New York State Capitol in Albany last week, many of those who work in nursing homes and said that 2020 “was a very challenging year.”

"Due to the fact of the COVID, it took out a lot of our Workers.  We had to rotate in and out.  We were forced to work short-staffed due to the pandemic," said Rushel Marshall, an advanced trained Certified Nursing Assistant (CNA) at Hudson Park Rehabilitation and Nursing Center.

Many say in order to fix the staff shortage problem - they need more funding.

The Unionized Nursing Home Workers called on State Lawmakers to pass legislation that would ensure nursing homes have proper resources.

"We're supporting legislation in the assembly, in the Senate and the Governor's budget to put (70%) of the revenue that comes into the homes into patient care and (40%) in the Staff like our Members who take direct care in the home," said Greg Speller, who serves as Executive Vice President for 1199 SEIU United Healthcare Workers East.

In addition to calling for reforms, the Nursing Home Advocates also took time to remember the more than 15,000 individuals who died in nursing homes from COVID-19 in the state.

Crystal Perry, a Licensed Practical Nurse (LPN) at Glendale Nursing Home, says it was tough when she lost a resident: "I didn't think that he would lose his life but he did and it was a hard struggle for him."

Perry called on State Lawmakers to pass the reform.

She said it is critical for ensuring they are giving their patients a good quality of life.

To Directly Access This Labor News Story, Go To: https://wnyt.com/albany-new-york-news/nursing-home-advocates-are-calling-for-nursing-home-reform-in-new-york-/6054004/?fbclid=IwAR2Vlk0BUmp6I-mpTw4W_gBbUY3ZUr1FimVyM9inHZ69X3Ko60ImzHEn8NA