âI Did Have One Co-Worker Who Was Fairly Skeptical Of Unionizing, But After Contracting COVID, They Became A Fervent Union Supporterâ - A Weed Worker Explains Why He & His Co-Workers Are Unionizing

Published Sunday, March 28, 2021
by An Interview With Jake Lytle, Conducted By Karl Leffme Of Jacobin Magazine 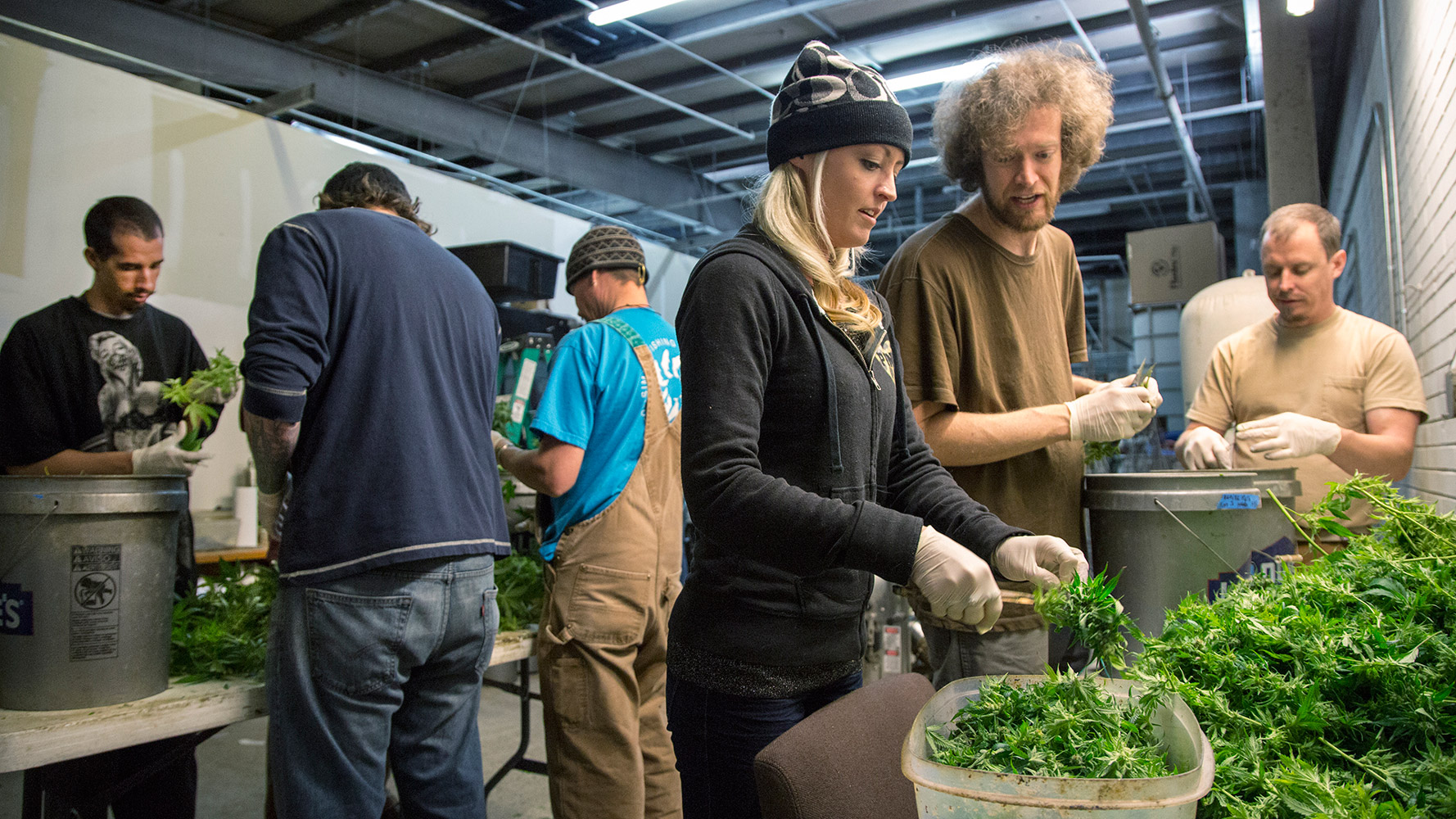 As the legal marijuana industry continues to expand across the United States, including the State of New York (Governor Andrew Cuomo and Legislative Leaders Announce Agreement to Legalize Adult-Use Cannabis - www.governor.ny.gov/news/governor-cuomo-and-legislative-leaders-announce-agreement-legalize-adult-use-cannabis), Labor Unions are expanding with it.

Jacobin Magazine spoke to a Weed Worker in Chicago who’s in the middle of a Union Organizing Drive at Windy City Cannabis about how low pay, dangerous working conditions under COVID-19, and a lack of “democratic control” on the job led him and his Co-Workers to organize.

Several years after the legalization of medicinal marijuana, the State of Illinois legalized its recreational use on January 1st, 2020.

As tends to happen under capitalism, very little of that money has gone to the Workers who actually create the profit.

Workers at Windy City Cannabis allege that lack of adequate compensation and protection in such a lucrative industry, amid a pandemic, led them to organize with the United Food and Commercial Workers (UFCW) Local 881.

The UFCW has been leading the organizing charge of Cannabis Workers - now representing tens of thousands across the country.

Jacobin Contributor Karl Leffme interviewed Jake Lytle, a Product Specialist at Windy City Cannabis, about their Union Drive, what it’s like to work and organize in the marijuana industry, and why Unions are necessary for any Worker’s safety and protection:

KL: Can you give a time-line of you and your Co-Workers’ process of organizing?

JL: At the beginning of the new year, we had a clear majority sign Union Cards, so we decided to go public with our campaign.  Recently, the company tried to block us from doing a mail-in election, which we think is the safest option with COVID.  After bringing this to the National Labor Relations Board, we won the ruling in our favor and proceeded with a mail-in election. Ballots were sent to everyone on February 25th and we’ll have until the end of March to mail them in.  Once we’ve done that, if the majority votes yes to join the UFCW, we will begin forming a Bargaining Team and starting negotiations for our first Union Contract with the company.

KL: What catalyzed the organizing efforts at your shop?

JL: Windy City Cannabis was originally owned by a corporation called Grassroots, which operated three medical dispensers in the South suburbs of Chicago.  Because of their roots in medicinal marijuana, they were then able to secure a license to open a shop on Weed Street in Chicago for a recreational dispensary.  We opened our doors on July 1st.  In the beginning, we were not operating at full capacity, just using a small corner of the building that used to be a restaurant.  By October, we were hoping to have a fully operational dispensary, where we wouldn’t have to do things like take walk-up orders outside on the back patio, which isn’t sustainable in a Chicago winter.  In September, Grassroots was acquired by National Cannabis Brand Curaleaf.  Curaleaf is the largest cannabis company in the United States, operating over ninety dispensaries, both medical and recreational, in over a dozen states.  This was cause for concern, to be bought out by such a powerful corporation without knowing what to expect from the job in a new industry.  Is there room for advancement?  What are the standard wages?  Are there benefits?  From the start, there was a lack of communication from the top on what the acquisition would mean for us as Workers, the dispensary, potential plans for expansion.  As the Winter months started approaching, we had questions about operating on a day-to-day basis safely with COVID in harsh weather conditions.  And there was just no information coming down.  So some Co-Workers and I began talking about the need for fair representation.  Around that same time, I overheard an unsuspecting Co-Worker actually ask someone in management about Unionizing, because they heard about another dispensary doing it.  Suffice to say, you don’t want to ask the boss for permission or help when organizing against them.

To Continue Reading This Labor News Story, Go To: https://jacobinmag.com/2021/02/worker-unionizing-dispensary-marijuana-cannabis?fbclid=IwAR0ZWYGzzLIvJDFE84zW1kmQ41ayYd7byBE8GSi9ZsMymlKIr0ILM7MoOCQ