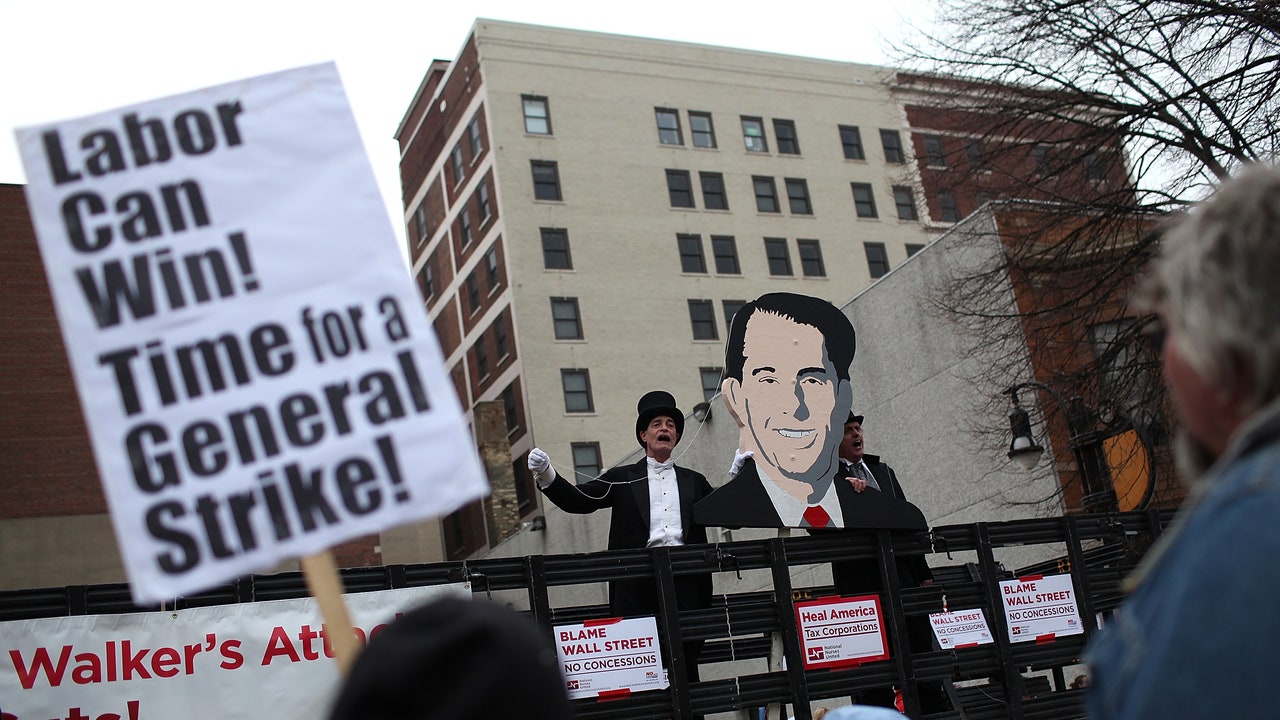 It was a freezing afternoon in February 2011 as I marched up State Street to the Wisconsin State Capitol.

I was between undergraduate classes at the University of Wisconsin-Madison when I caught word that a group of Graduate Student Workers were delivering valentines to Republican Governor Scott Walker and holding a rally at the Capitol urging him not to abolish their collective bargaining rights.

I had some time to kill and was curious about the action, so I marched along with them.

On the Capitol steps, I learned Walker was proposing drastic legislation, known as Act 10 — ostensibly a “budget repair bill” - that would strip away the collective bargaining rights of Public Sector Workers.

It would effectively kneecap the Unions that represented my Graduate Student Teaching Assistants, K-12 Teachers, Public Works Employees and other Public Sector Workers.

The legislation would force Public Worker Unions to re-certify themselves annually by obtaining a majority “yes” vote from all of those eligible in their Bargaining Units who are present at the recertification - not simply a majority of votes cast.

Those who don’t attend, therefore not voting, are counted as a “no.”

Unions would only be allowed to negotiate over only base pay and were banned from deducting dues from Workers’ paychecks.

Contracts would be capped to last only one year.

All of this added up to a law that would make it quite difficult for Public Sector Unions to survive over time and for the ones that do to be less effective in bargaining for their Members/Workers.

This legislation was particularly egregious because Wisconsin was the first state to grant Public Sector Workers the right to Unionize, in 1959.

The Republicans’ rhetoric seemed disingenuous to me.

The governor and the Republican Legislature were painting Teachers as greedy Union bosses with fat paychecks and big pensions, but my Public High School Teachers were some of the most caring, selfless people I had ever met.

They also are underpaid compared with other comparable Workers - Teachers are paid 10.2% less, even after accounting for their benefits.

My Teachers were a big reason why I was in college in the first place and I felt like Walker was using them as a punching bag.

I walked back to my apartment, thinking about what I had learned that day.

Actions like these were pretty common at my university, which is located only blocks from the Capitol.

So, while I was concerned about this legislation, I figured the energy around it would fizzle out shortly after that.

I couldn’t have been more wrong.

In the following weeks, protests of around 100,000 people rallied at the Capitol building to support our Public Workers.

To Continue Reading This Labor News Story, Go To: www.teenvogue.com/story/scott-walker-unions