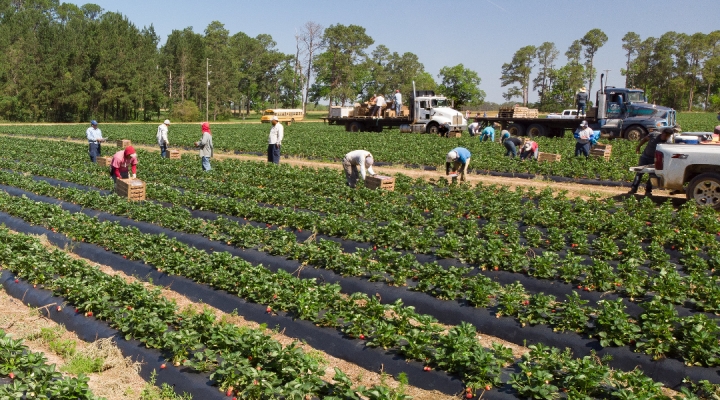 (THE STATE OF COLORADO) - The Employees of farms, ranches and other agricultural businesses are excluded from some of the protections other Colorado Workers currently have, but a sweeping new Bill at the State legislature would change that, granting new rights on everything from wages to Union Organizing.

“Generations of Workers have been exploited for profit and it is long overdue that the state of Colorado stop condoning this exploitation,” said Senator Jessie Danielson, a Jefferson County Democrat sponsoring the Bill - known as SB21-087, which passed its first committee hearing by a 4-3 vote.

It now faces opposition from influential groups representing farmers, ranchers and others and some prominent Democrats are now calling for more time.

The hearing stretched for hours, beginning with supporters of the Bill describing sub-standard housing and unfair working conditions.

Because of Workers’ intense fears of reprisals from their employers, the Bill’s supporters said, the testimony mostly came from advocates and organizers.

Danielson, the Bill’s sponsor, comes from a farming family in Weld County.

While most farmers treated their Employees well, she said basic protections were still needed.

Among other changes, the Bill would: Allow Farm Workers to Unionize, bargain and Strike, granting them protections other Workers get from the Colorado Labor Peace Act; Require agricultural employers to pay overtime when Workers exceed 12 hours per day or 40 hours per week; Require agricultural employers pay the State Minimum Wage of $12.32 an hour.  Currently, farms and ranches are exempted, instead, they are required to pay only the Federal Minimum Wage.  However, Immigrant Workers on H-2A Visas already receive higher wages; Limit the use of the short-handled hoe, a tool that has become a symbol of oppression because Workers bend over painfully to use it; and Create new protections for whistleblowers and set new standards for housing and health.

It’s the broadest and most potent Agricultural Labor Bill proposed in years and it followed in part from Organizers’ efforts to help Agricultural Workers through the Coronavirus Pandemic.

Exemptions for Farm Labor are common across states - they are rooted in a system devised in the 1930s when Federal Lawmakers excluded agriculture from new Labor Laws.

“Farm Workers were intentionally excluded from the laws that provide basic Worker protections in order to preserve a system built on the racially motivated exploitation of Farm Workers and domestic servants for their cheap labor,” said Jennifer Rodriguez of Colorado Legal Services.

She described visiting Farm Workers in Colorado who ran out of food because their employers wouldn’t provide transportation to stores.

To Read This Labor News Story In Its Entirety, Go To: www.cpr.org/2021/03/18/bill-would-grant-union-rights-state-minimum-wage-for-colorado-agriculture-workers/