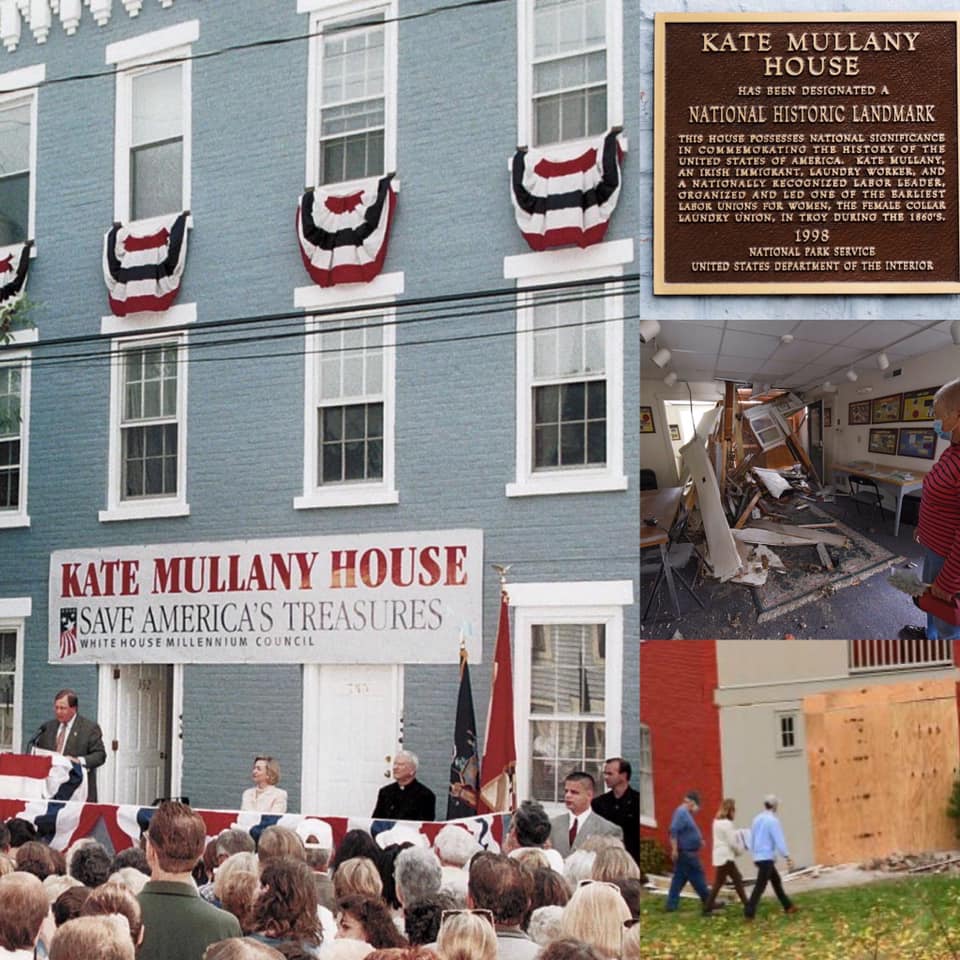 (TROY, NEW YORK) -  The painstaking $500,000 restoration of the landmark Kate Mullany House in Troy was almost complete when an SUV careened down Hoosick Street and plowed into the back wall of the historic building, home in the 1860s to Union Organizer Mullany.

Paul Cole, founder and head of the American Labor Studies Center (ALSC) - which owns the site, hurried to the scene.  As Cole - a former Social Studies Teacher who served for many years as Secretary-Treasurer of the New York State AFL-CIO and on the New York State United Teachers (NYSUT) Board - as well as 32 years as a Vice President of the American Federation of Teachers (AFT), maneuvered through a phalanx of rescue vehicles and flashing lights, Cole was horrified at what he saw. 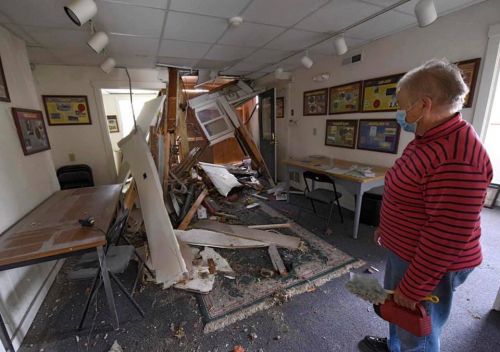 Although no one was seriously hurt, damage to the back wall was so extensive that engineers worried the second floor might collapse. “It was pretty devastating to see it because we were so close,” Cole said.

In the wake of the November 10th accident, the restoration - a three-decade-long Labor of Love on behalf of Women’s, Immigrant and Labor History was left teetering.

But not for long. 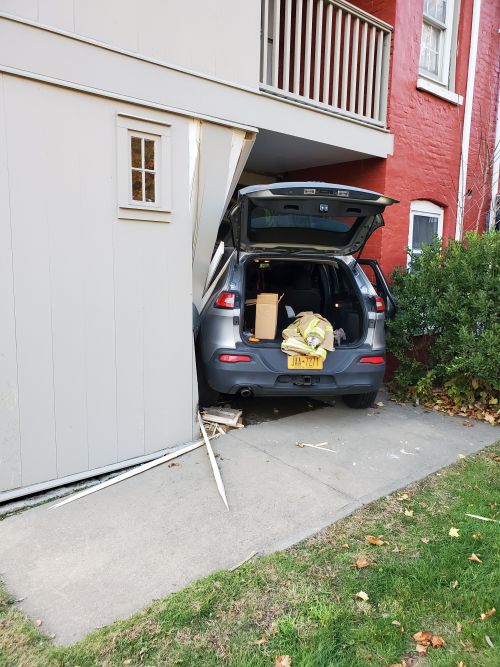 “I’m undaunted.  We are rebuilding.  This is a unique and important site like no other in the country,” said Cole, who added that donations are urgently needed for costs uncovered by still pending insurance claims. 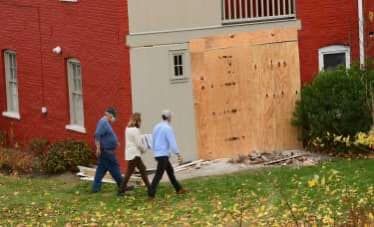 Kate Mullany was an Irish Immigrant who in 1864 organized and led the 300-Member Collar Laundry Union, the first sustained all-Female Union in U.S. History.

Mullany’s home, an apartment in the three-story Eighth Street building, in 2004 received the prestigious designation of affiliated National Historic Site, thanks to the efforts of then-U.S. Senator Hillary Clinton and U.S. Representative Mike McNulty. 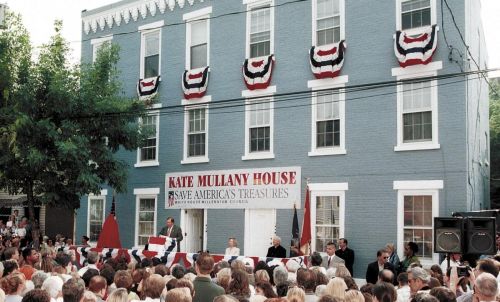 “It was almost restored with very few things left to do,” Cole said.

The second-floor houses the ALSC’s offices. 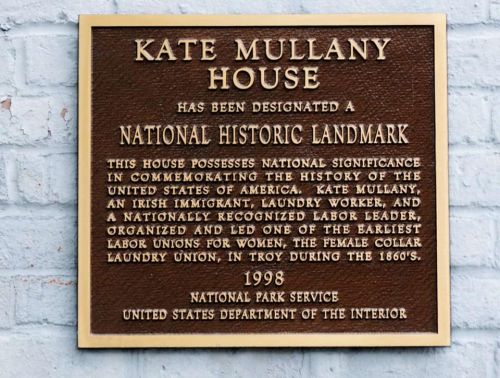 Still needed: a Troy-built kitchen stove, circa 1869, and Jenny Lind beds for the four bedrooms, each so small that a modern single bed would not fit.

The project, initiated and championed by Cole, has benefitted from the support and the donated labor of many Unions, including the Building Trades.  Cole tells WNYLaborToday.com the equivalent of $68,000 had been donated in labor, including the installation of a new roof.

“Other than the beds and the stove which are still needed, it looks exactly as it did when Kate Mullany lived there,” Cole said.

Cole, now 82, has been working to preserve Mullany’s legacy for 30 years and is passionate about the site’s importance: “There are only eighty-seven National Historic Sites in the whole country.  Of those, almost all are the homes of the rich and famous.  This is the only one in the National Park’s history that brings together Labor, Women’s and Immigrants’ History.”

The building’s back wall remains boarded and shored up by two-by-fours until engineering plans and insurance claims are complete.

Cole (pictured below) told WNYLaborToday.com: “It’s a mess, but we’re hoping to raise ($20,000) for the repairs.  We were almost there (in terms of completing the restoration).” 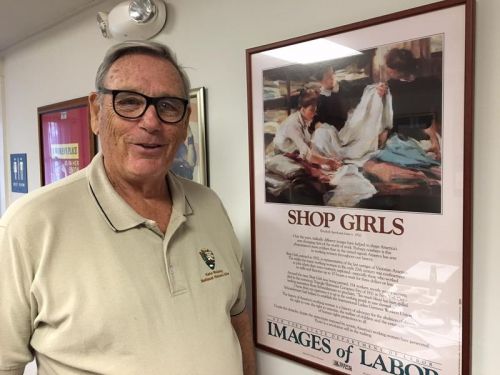 Donations are “very much needed and welcome not only for this but for continuing restorations,” said Cole said whose goal is a grand opening later this year.

How You Can Donate: Make out your tax-deductible check to the American Labor Studies Center and mail it to: Slocum and DeAngelus, Accountants - 974 Albany Shaker Road, Latham, New York, 12110. 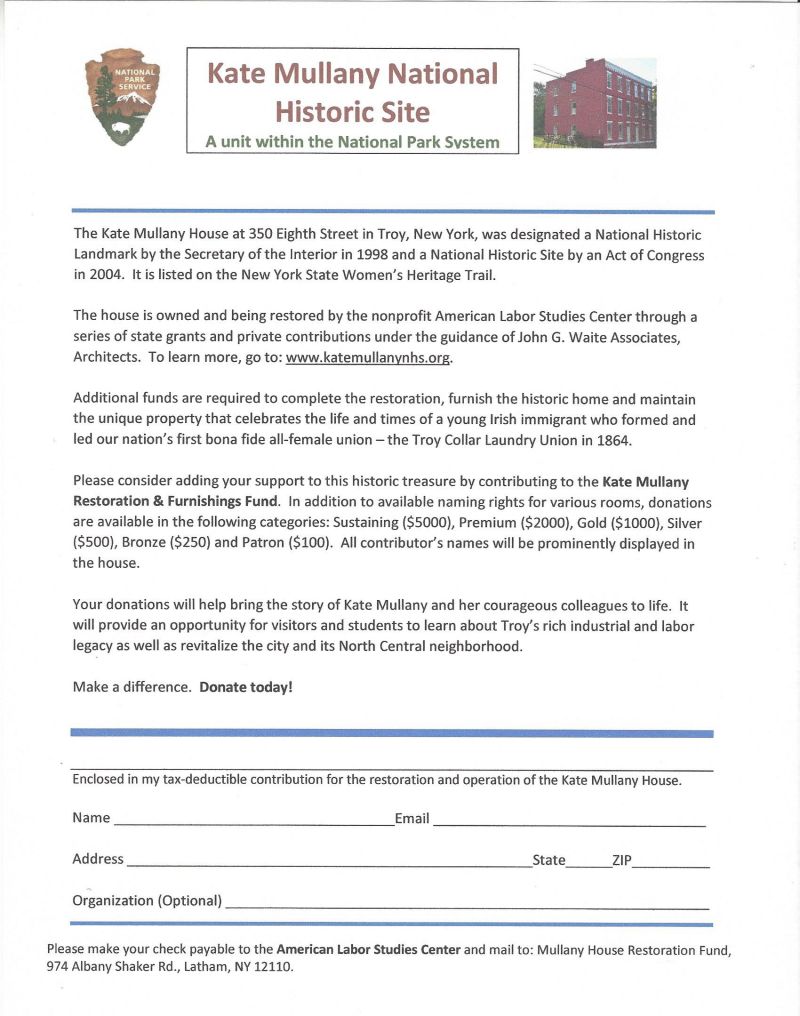 For More Information, Go To: www.katemullanynhs.org And www.labor-studies.org And Read: Vehicle Slams Into Troy's Historic Kate Mullany Site At: www.timesunion.com/news/article/Vehicle-slams-into-Troy-historic-site-15718777.php#photo-20246280