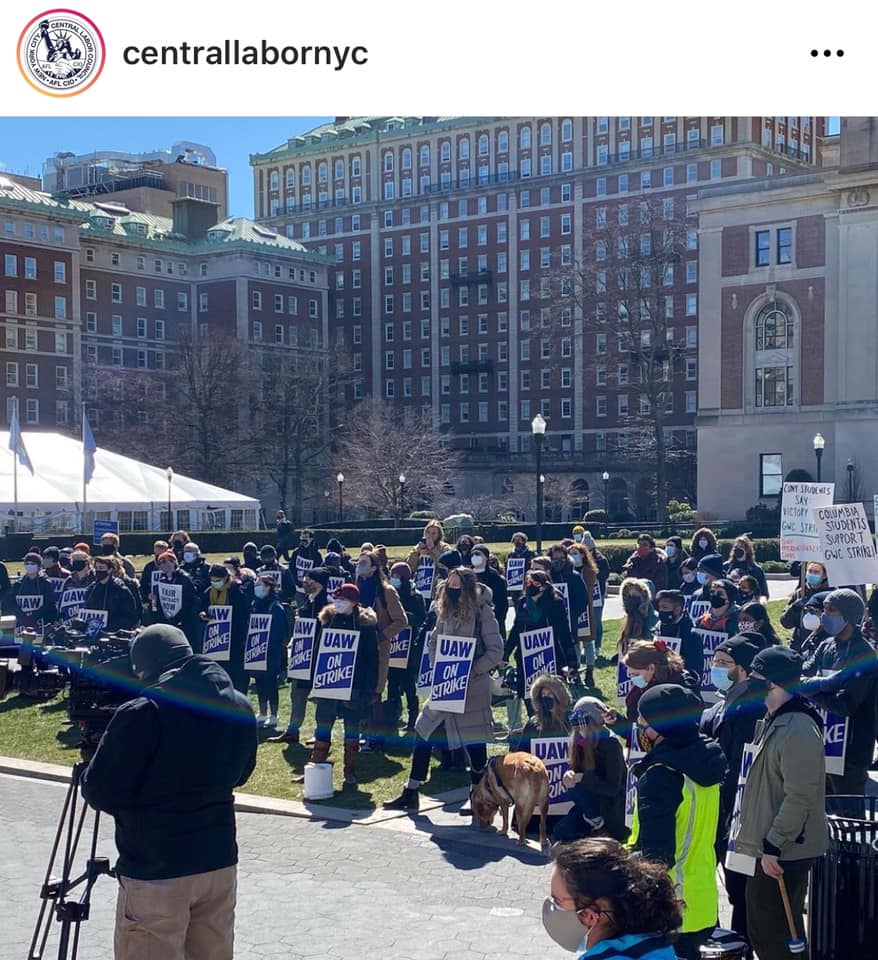 It comes on the heels of a Graduate Student Worker Strike just last year, organized against the university’s inadequate response to the COVID-19 Pandemic.

It is also taking place as 1,200 Graduate Student Workers at New York University (NYU) are threatening to Strike over the same deteriorating working conditions and benefits.

The outbreak of these struggles reflects a broader resurgence of the class struggle, including the recent six-day Strike by 1,400 Produce Workers at the Hunts Point Market in the Bronx.

The Graduate Students are also fighting for a contract without a “No Strike” Clause, which the university administration has rejected in over 65 bargaining sessions, “stonewalling” negotiations.

The Strike has widespread support among the Student Workers, with a Strike Authorization Vote passing last year by a 96% majority.

Columbia has made clear its intentions to retaliate against striking Student Workers by docking their pay and financial aid stipends during the duration of the Strike, which is set to go on indefinitely until a contract is agreed upon.

The university has created an on-line daily work-reporting system to identify all Workers on Strike.

The administration has even sent an e-mail to the student body asking students to report striking Workers to their academic departments.

The Undergraduate Students responded by setting up a Hardship Fund for striking Workers on March 10th, which has already surpassed $39,000 in donations and shows an outpouring of support for Student Workers trying to make ends meet.

According to glassdoor.com, the base salary for Research Assistants at Columbia is $36,000 and $26,000 for Teaching Assistants.

These poverty level wages are all the more devastating for Workers living in one of the most expensive cities in the world.

In addition, the cost of tuition for a Master’s student at Columbia is over $51,000, which does not include housing, food and books.