Amazon Warehouse Workers âDeserve A Union, Periodâ - Itâs A Move That âCouldnât Come Soonerâ Americaâs Workers âCanât Go On As They Are Now Without The Protection Unions Grant & Which Corporations Have Erodedâ 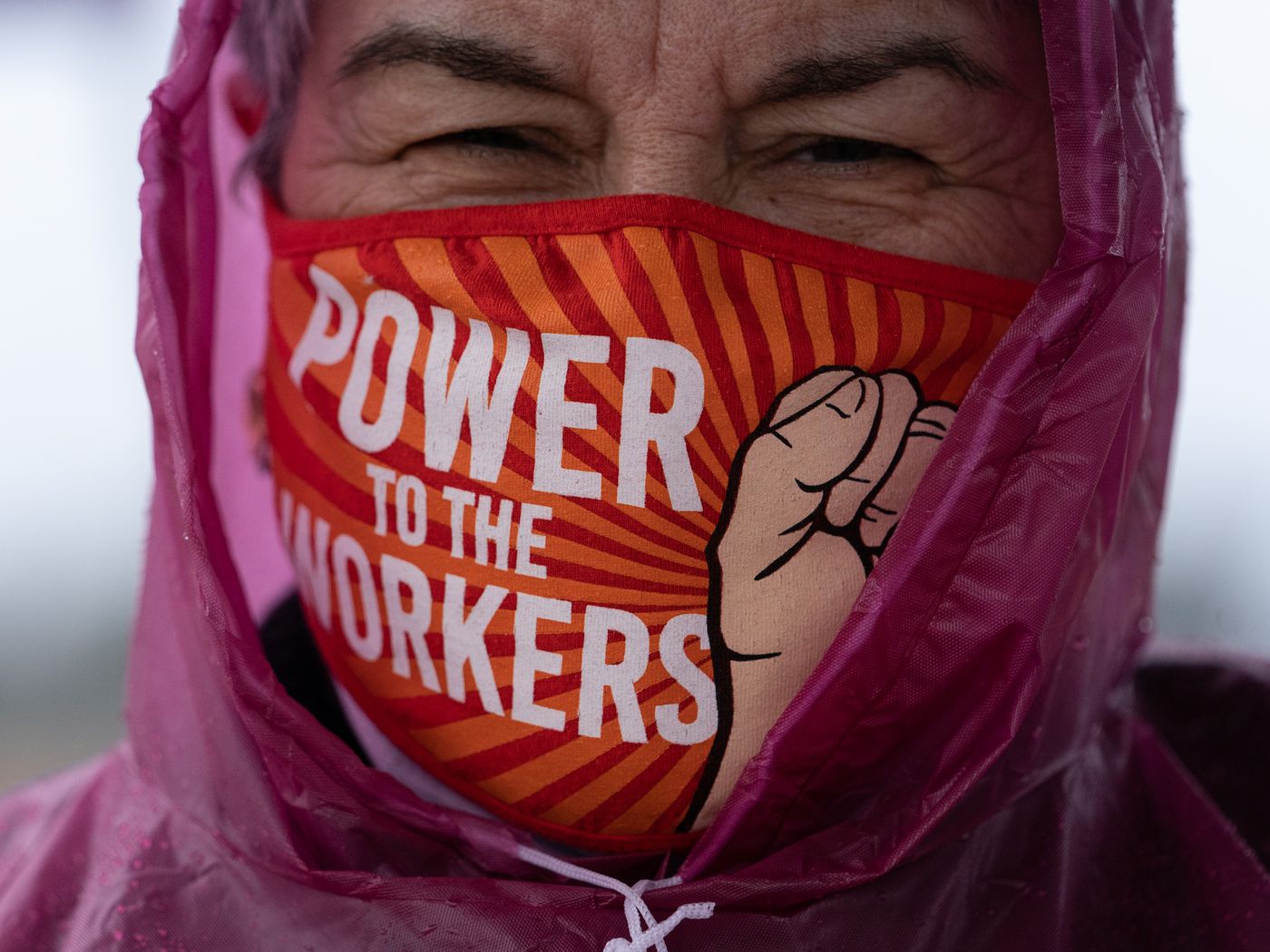 “In my old job, there was a Union, and they would protect me,” Meghan, the Duchess of Sussex, told Oprah Winfrey of her struggles with depression and bullying before she and Prince Harry decamped for the United States.

Without that protection, Buckingham Palace’s Human Resources Department told her there was nothing it could do to help her.

It was a welcome shout-out to how vital Unions are when facing down abuse from the powerful.

On that front, it’s not a secret Amazon - one of the largest, most profitable and ubiquitous American companies - is a nightmare for many of its employees.

In Bessemer, Alabama, Activists are hoping to make the warehouse there the first Amazon facility to Unionize.

It’s a move that couldn’t come sooner: America’s Workers can’t go on as they are now without the protection Unions grant and which corporations have eroded.

We’ve known about the stress, injuries and dehumanization Workers face in the company’s warehouses for almost a decade now.

We’ve known how the pace Amazon demands breaks its Workers and how the company refuses to care for those whose bodies are depleted through their labor.

We’ve known about the constant surveillance of its Workers to meet their quotas, which are unwaveringly enforced.

We’ve known about the extra hardships the Coronavirus Pandemic has inflicted on Warehouse Workers.

So it’s not a surprise the vote in Alabama has drawn national attention as a potential bellwether for the labor Movement’s hopes around the country.

Also unsurprising are Amazon’s efforts to kill off the movement in hopes of preventing more of its facilities from Unionizing.

The Washington Post reports the company is pulling out all the oldest Anti-Union tricks in the book to get Workers to vote against joining the Retail, Wholesale and Department Store Union (RWDSU): Many of the 5,805 Employees in Bessemer who are in the middle of a seven-week mail-in voting period to decide whether they want the RWDSU to represent them receive four or five e-mails a day from the company to discourage Unionization.

The company has pressed its Anti-Union case with banners at the warehouse and even fliers posted inside bathroom stalls.

The RWDSU has recently cited a mailbox popping up on company property that could signal to Workers that it has a role in the running of the election, as well as a financial offer luring unhappy Workers to quit as questionable tactics by a company hell-bent on crushing the Union.

The company opposes Unionization, noting that it often pays more than its peers, and offers health care, vision and dental benefits, a retirement plan and opportunities for advancement, Amazon spokeswoman Heather Knox said.

It’s truly classic stuff, right down to duplicitously asking Employees what boils down to “Why would you want a Union?  We know you and will look out for you better than a Union could.”