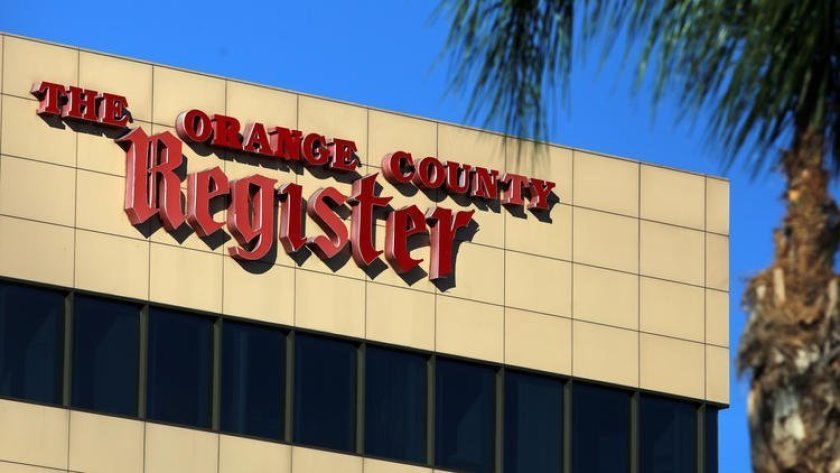 The New York City-based firm has an expansive portfolio of newspaper properties, including Southern California News Group, a bundle of 11 daily newspapers and more than a dozen weeklies.  The OC Register is the largest of the group.

The new Union will be called the SCNG Guild.

Combined, the papers attract an audience of about 17.6 million monthly unique visitors and about 451,000 Sunday print subscribers.

Reporter Stephanie Stutzman, a member of the Organizing Committee for the newly-minted SCNG Guild, said internal discussions began in 2018: “Within the last year it started tumbling forward with more people willing to organize.”

Newspapers nationwide have suffered from declining advertising revenue and insufficient gains from digital ads and subscriptions.

Stutzman said waves of layoffs over the past few years have pushed staff into organizing.

Recently, Journalists at The Los Angeles Times were alarmed when a Wall Street Journal article announced that owner, Patrick Soon-Shiong, was interested in selling.

Alden Global Capital was listed as a potential buyer.

Soon-Shiong denied the accuracy of the article, which cited only anonymous sources - but the strongest rebuke came from his daughter, Nika Soon-Shiong, who wrote on Twitter: “WSJ is 100% wrong.”

The Los Angeles Times has already Unionized, successfully negotiating raises for Employees and corrections to many pay gaps between its Journalists.

Stutzman said Organizers from Media Guild West have helped look over proposals and other documents and even offered legal assistance as negotiations loom.

In a release issued by the SCNG Guild, it said the new body would be a “Unit” of Media Guild West.

She said they'll be a resource as discussions with SCNG develop.

Three-quarters of the Staff have signed on for the Union, but a formal vote must happen before negotiations can begin.

Stutzman said they’ll need 50% of the vote, which will occur in the coming weeks.

They’ll target pay raises - some Journalists in the group make $15 an hour - and protections against future layoffs.

“We need to save the quality of news here in Southern California,” she said. “If we have any more layoffs we’re going to have to close these papers down.”

To Directly Access This Labor News Story, Go To: https://spectrumnews1.com/ca/la-west/business/2021/02/25/-southern-california-news-group-papers-to-unionize