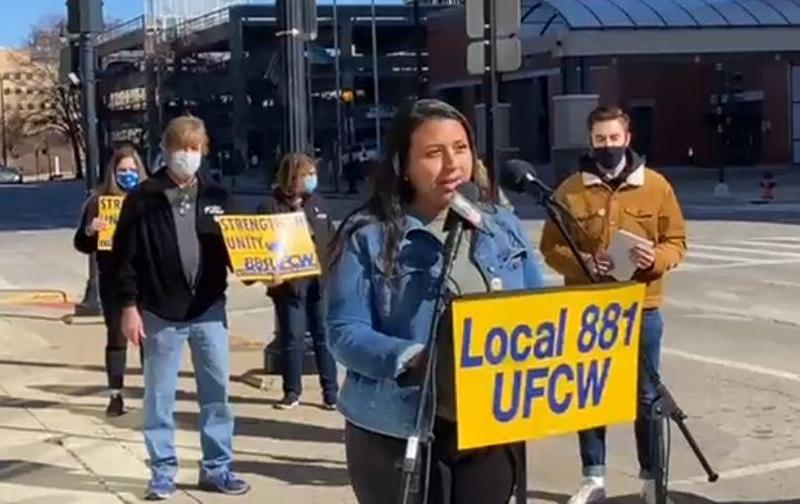 (SPRINGFIELD, ILLINOIS) - Workers at Ascend Springfield’s downtown location say lax COVID-19 precautions and a lack of guaranteed sick time during the Coronavirus Pandemic has pushed them towards organizing.

Andrew Feeney, who works at Ascend Springfield, said he enjoyed the job at first, but told reporters at a news conference: “Since COVID has come around, it has steadily degraded.  And we're just fighting to get that back and get it to the place we know it can be.”

The move is part of a larger movement to Unionize Workers in the booming new industry in the State of Illinois.

United Food & Commercial Workers (UFCW) Local 881, which hosted the news conference and is based in Des Plaines, represents more than 200 Workers employed at a cultivation center in Joliet and a dispensary in Chicago, both owned by Cresco Labs.

Employees at another dispensary in Chicago are also seeking to Unionize.

The Union effort in Springfield already passed an initial hurdle in January, getting enough signatures to authorize a vote.

Only the 41 Employees at the downtown Ascend location are participating, according to Union Organizers.

The company owns three dispensaries in Illinois - two in the capital city and one in Collinsville - with plans to open a fourth in Fairview Heights.

It also runs storefronts in New Jersey and Massachusetts.

And, she said if the sales at the dispensary are any indication, the company can afford it.

Sales of both medical and adult-use cannabis in Illinois topped $1 billion last year.

A majority of Ascend Springfield’s Employees who vote would have to support the Union in order to be represented by UFCW Local 881.

The Workers have until April 20th to vote by mail.