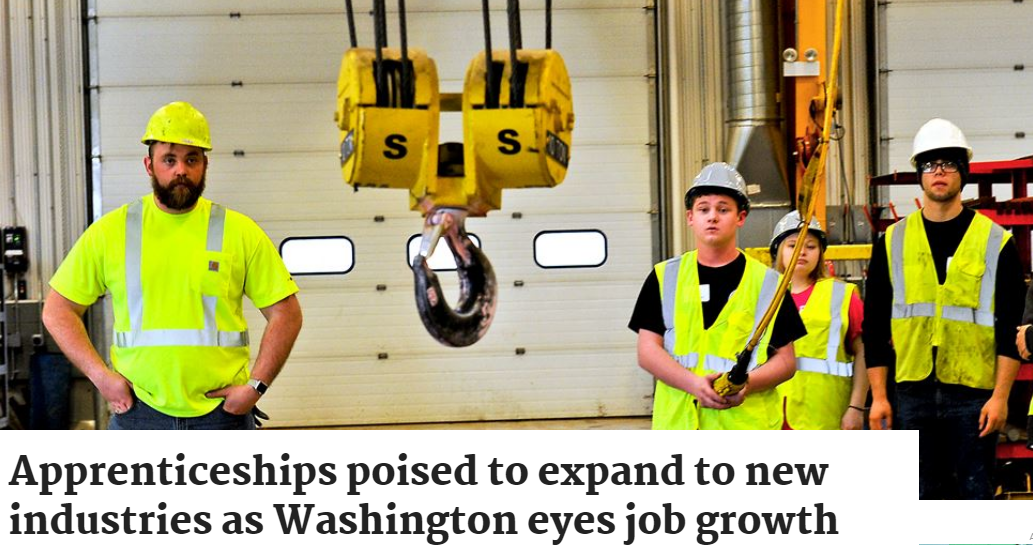 (WASHINGTON, D.C.) - Apprenticeships are in the spotlight in Washington, D.C. as the Biden Administration and lawmakers moved to expand the Job Training Programs that have proven successful in the Pittsburgh region for years in construction and manufacturing, but have failed to gain much traction in other industries.

President Joe Biden has announced his support to create nearly one million new Apprenticeship opportunities, with a focus on the recruitment of women, People of Color and others who have been excluded from such training programs.

Biden, meeting with Labor Union Leaders in the Oval Office last month, also reinstated the National Advisory Committee on Apprenticeships - a group with members from Unions, employers, community colleges and other institutions - to grow programs in the clean energy, technology and health care sectors.

The support for Apprenticeships - an arrangement by which Workers earn a salary as they take training courses, in addition to working shifts - is largely bipartisan, though disagreements about the structure of the programs divide the parties.

House lawmakers approved the Bill, called the National Apprenticeship Act of 2021, by a 247-to-173 vote, which included 28 Republicans joining all voting Democrats.

The Senate, controlled by Democrats, is widely expected to take it up, especially after Biden officially endorsed it.

U.S. Representative Conor Lamb (D-Pennsylvania) said the Bill would back Apprenticeships in sectors as varied as technology, wine-making, tree-trimming and senior care: “Its expanding access to more people in more professions, and that should help people from having to take on too much student debt.”

He ordered the Labor Department to cease supporting any such programs that had been created.

According to Federal figures, 94% of Apprentices who complete Registered Apprenticeships are employed upon completion, earning an average starting wage of above $70,000 annually.

NABTU President Sean McGarvey said in a statement the Registered Apprenticeship Program - in which his group’s Unions invest nearly $1.7 billion per year to funding a network of over 1,600 training centers - produces the “safest, most highly-skilled and productive Construction Craft Workers.”

“We know the registered model works,” he said, adding that the Bill would allow it to “not only remain the gold standard in U.S. construction workforce training, but will also open pathways for more industries to build productive and highly-skilled workforces.”

To Read This Apprenticeship And Training Labor News Story In Its Entirety, Go To: www.post-gazette.com/news/politics-nation/2021/02/21/Joe-Biden-Congress-apprenticeships-jobs-construction-manufacturing/stories/202102210036