An IUOE Legacy: Remembering Local 17âs Joe Palmeri - IUOE Union Locals, Leaders & Members âDonate An Amazingâ $43,600 In His Name To A Foundation That Has Granted The âFinal Wishesâ Of As Many As 11 Terminally Ill Children 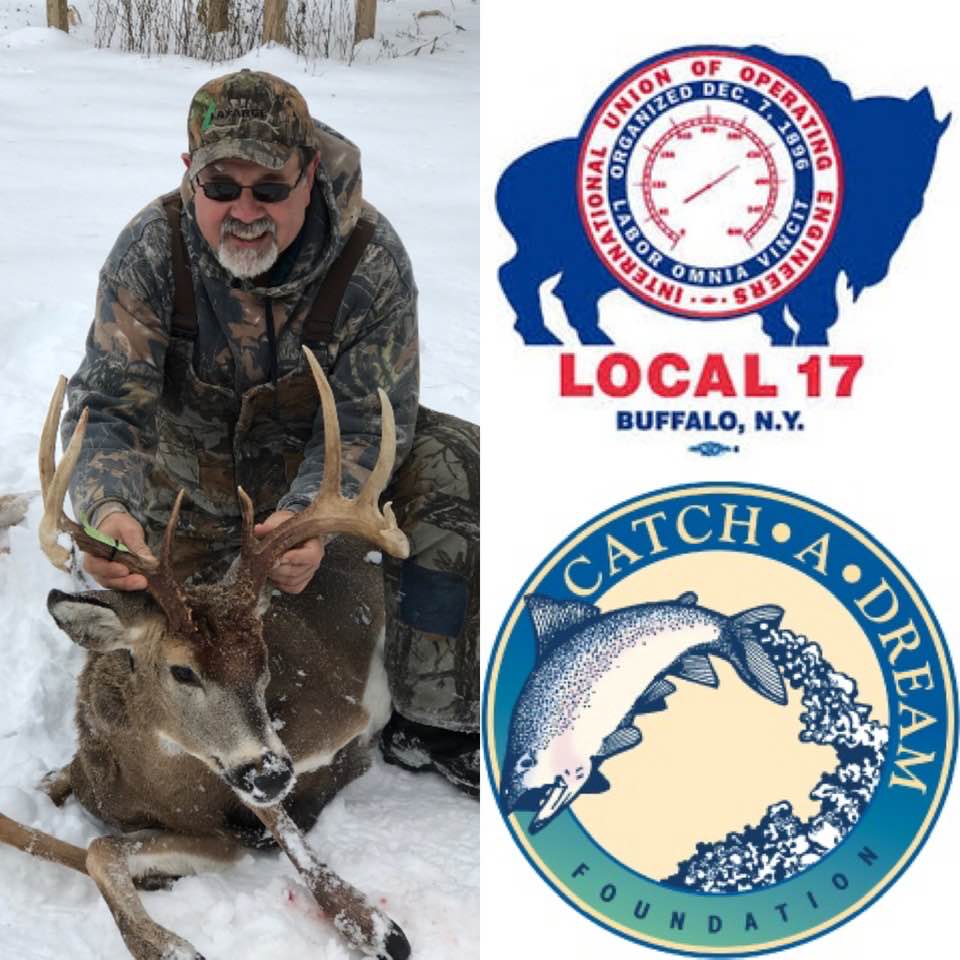 (LAKE VIEW, NEW YORK) – Joe Palmeri loved the outdoors - so much so that he and his wife, Nina, bought 110 acres of wooded land in the Southern Tier of New York State where Joe would welcome family and friends to their property to go camping, and, of course, hunt.

So when Joe unexpectedly passed at the age of 58 on September 4th, 2019 after complications arising from an operation he had in a Buffalo Hospital - he left a gaping hole, in his wife’s life, the lives of his immediate family, and with his Union Family, the International Union of Operating Engineers (IUOE).

Joe was a 40-year Member of IUOE Local 17, starting out in 1979 as a Union-represented Equipment Mechanic before rising within his Local to become an Executive Board Member (as an Auditor), before eventually being tapped as a Business Representative in 2008.

Looking back, the IUOE is in his family’s blood.

Joe’s 85-year-old father, Joseph, (described by many as his best friend) is a 60-year Local 17 Member, having worked as an Operator over the years across Western New York.

“Joe ‘was meant for this job,’” Nina (shown below with her husband) tells Your On-Line Labor Newspaper. 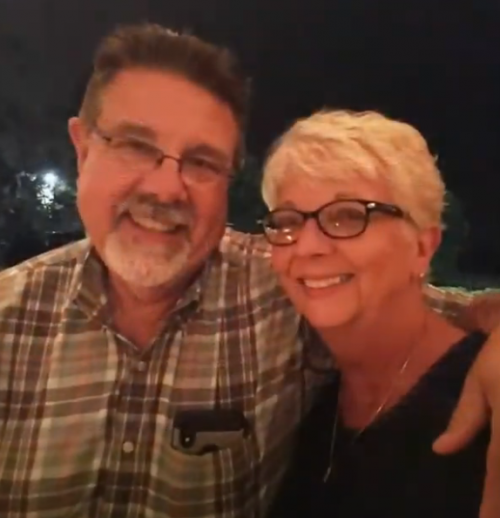 Those who knew Palmeri more than fondly remember him, telling WNYLaborToday.com Joe was “always helping people” and that “there wasn’t anything he wouldn’t do” for them.

“He was also ‘a very humble’ person,” said IUOE Northeastern Regional Director Alan Pero, who appointed Joe to his regional position.  “He was ‘very family-oriented.’  ‘He was always a gentlemen and was committed to his wife.’  ‘We are all still devastated’ (by his passing).”

Local 17 Business Manager Gary Swain said: “He was ‘my friend.’  In fact, we had him keep an office here (in the Local’s Lake View Union Hall just outside Buffalo after he was named an International Rep).”

Local 17 Business Rep Mark Printup, a long-time friend of Joe, said: “He was ‘well-spoken and he always took the time to listen, no matter what.’”

All spent time with Joe hunting deer and turkey, fishing and visiting his property in the Pike-Bliss area of Allegany County in New York’s Southern Tier.

Joe’s father tells WNYLaborToday.com that it was he who instilled a love in his son for the outdoors, especially hunting. 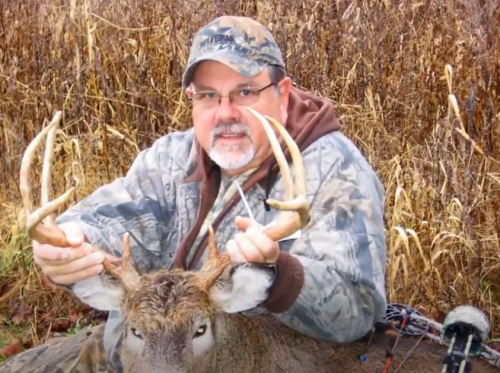 And Mr. Palmeri said he always set aside time for young Joe to go hunting, even after getting a negative response from an employer when telling his boss he wouldn’t be in to work on a Monday after a weekend of pheasant hunting with his son.

It was truly what Joe loved to do, as well as sharing so many wonderful opportunities and creating life-long memories with his family, friends and his Union Family.

That’s when the idea came to Nina to do something more to remember Joe, which in the process, has created a IUOE Legacy for a man who is being remembered for more than just doing this Union job.

Taking into consideration Joe worked to create his own perfect retirement retreat in the Southern Tier, it only made sense that the Palmeri Family could find solace knowing that - in his name, terminally ill children could be provided with a very special chance to fish and hunt, maybe for the last time.

A connection was created to support the non-profit Catch-A-Dream (www.catchadream.org) Foundation, which grants the finals dreams of terminally ill children and young people age six to 18 who either want to hunt or fish. 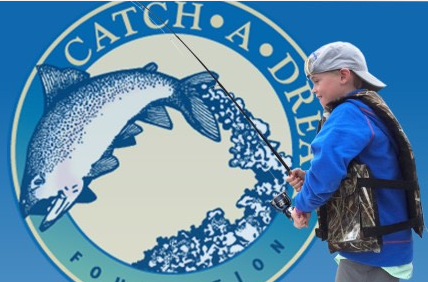 Established in 1999, Catch-A-Dream has over the years provided life-changing outdoor experiences for children facing life-threatening medical conditions, including cancer.

The chosen families incur no expense at Catch-A-Dream, as the organization facilitates their entire dream experience - covering the costs of all travel, meals, lodging, licensing, fees and anything else associated with the effort.

“How ‘would you remember this man?’  Hunting and fishing ‘were just a big part of his life,’” Nina said.  “I ‘was just amazed’ (at what happened next).”

Joe’s Union Family, starting with Local 17, began to make donations in his name – getting things going with $5,000.

But after that, something wonderful happened.

More donations, including some sizable ones, kept pouring in.

After Swain and Local 17’s Executive Board got the ball rolling - it spread to Pero, IUOE General President James Callahan (who donated $10,000) and then with so many other IUOE Locals across those states where Joe was responsible for serving.

When the dust settled, $43,600 had been raised (https://app.mobilecause.com/vf/JOEP) - which has allowed Catch-A-Dream to grant the fishing and hunting wishes of as many as 11 young people (at an average cost of around $4,000 each) in the name of Joe Palmeri.

“At first, we (raised enough money) ‘to grant one child’s wish,’ then our Executive Board said ‘it would match any other Members’ donation up to another ($2,500).’  ‘Then it grew bigger and bigger,’” Printup said.

“This ‘speaks volumes about Joe,’” Pero said.  “It ‘was just a matter of everybody paying their respects’ (to him).  ‘People wanted to thank him’ (for all he’d done for them).”

“I ‘get emotional about this because I’m missing a good friend,’” Pero continued.  “There ‘was more to Joe’ (that just his life in his Union).  He’d ‘always be talking about or reliving a hunt or looking forward to another one, or be talking about a dinner with his wife.’  ‘He was very charismatic and very well versed.’  ‘He was also very caring and he listened to each and every word you said to him.’”

Marty Brunson, the Chief Executive Officer of the Catch-A-Dream Foundation, said it was the first time his Starkville, Missouri-headquartered organization had ever worked with a Labor Union to raise money to help the children it serves.

And the generosity of those IUOE Union Leaders, Representatives and Members has made a lasting impression on him: “This is the ‘first time’ we’ve worked with Union people.  After Joe passed, it was Nina who reached out (to Catch-A-Dream).  And this fundraising effort came during the Coronavirus Pandemic (when times were tight economically) ‘when we were unable to do a lot of our normal’ fundraising.  ‘This is something that really honors the legacy of Joe.’”

“When I think of Joe, I recall the photo of him on a tractor with one of his nieces sitting on his lap.  ‘The gratification you see on his face.’  ‘He lived life to the fullest.’  ‘So when I look back at all of this, I have one word - amazing,’” Brunson said. 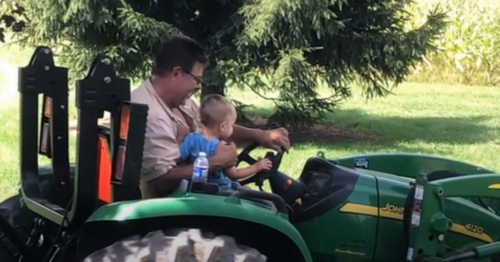 In light of fundraising success, Catch-A-Dream honored Joe with its Vision Award, the organization’s highest and most distinguished donor recognition.  A marble obelisk was presented to Nina in a posthumous recognition, as a show of gratefulness for all’s efforts (A photo of a copy of a letter from Catch-A-Dream to Nina Palmeri appears below). 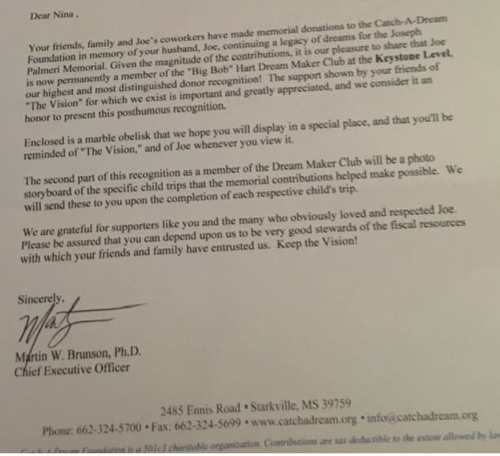 Joe’s father tells WNYLaborToday.com that he is “so proud” of his son’s accomplishments at the Union where they both belonged: “I remember him as a youngster sitting in my lap, pulling levers (to the machinery he was operating).  ‘I couldn’t believe it’ (when Joe was named Northeastern International Representative).  ‘I was so proud of him.’  Joe ‘would do anything for anybody and when he made a promise, he kept it.’”

Now, in the name of Joe Palmeri - an only child himself, as many as 11 children and young people from around the United States will have had their wishes granted by man whose memory will never fade away and whose life has now been turned into a Union Legacy.

“Through these adventures and exposures to outdoors-minded people who care, this program (Catch-A-Dream) instills a message of encouragement at a time when these children need to know that hope does exist,” reads a portion of fundraising flier provided to WNYLaborToday.com by Local 17.

But remarkably, the effort to remember Joe has not ended there.

Local 17 has made a $1,000 donation in Joe’s name to the local non-profit ConnectLife Organ Donation and Blood Drive Organization and has held periodic blood drives at their Lake View Union Hall – located just south of Buffalo, also in Joe’s name.

“One donation (of blood) helps three people,” Nina said. “And we’ve helped more than (90) people (in her husband’s name).”

In addition, Joe himself had agreed to donate his tissue and organs through ConnectLife.

At the bottom of a flier provided by Local 17 that detailed the request for donations to the Catch-A-Dream organization, it read: “Follow your passion, it will lead to your purpose.”

Joe Palmeri’s passion led to more than just a purpose.

Now, his life and legacy lives on through his good deeds and the generosity of his family, friends and Union Brothers and Sisters, who will never allow the mark he left to be forgotten.