The Drive To Unionize The Austin (Texas) American-Statesman Newspaper Prevails 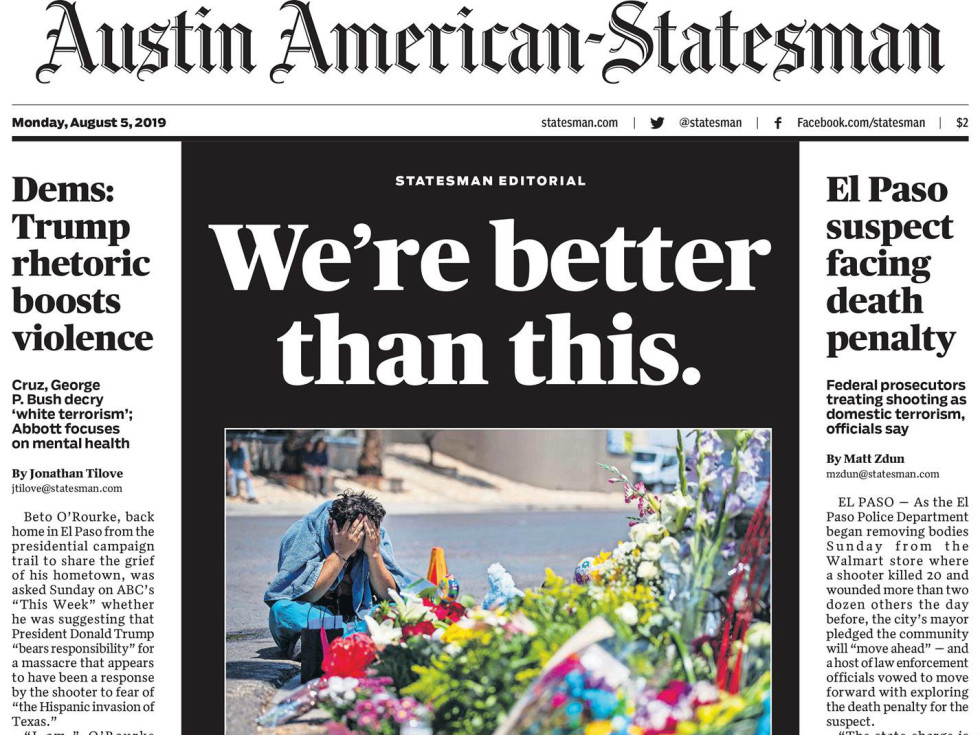 (AUSTIN, TEXAS) - In late February, the Editorial Staff at the Austin American-Statesman voted 36-to-12 to form a Union, becoming the third Unionized Newsroom in Texas and the second, after The Dallas Morning News, to do so through an election overseen by the National Labor Relations Board (NLRB).

The vote at the NLRB's Regional Office in Fort Worth came two months after Statesman Editorial Employees first announced their desire to organize in December, and after the paper's owner – the Gannett Company, the largest newspaper publisher in the U.S., declined to recognize an Austin Chapter of the NewsGuild.

That union, based in Washington, D.C., represents 24,000 Workers in media and journalism, including in other "Right-To-Work" (for less) States that discourage Union Organizing, at major papers like The Arizona Republic (also owned by Gannett), The Miami Herald and The Denver Post.

The Austin NewsGuild represents Employees at the Statesman below the rank of Department Editor, as well as Employees of the Austin Community News­paper Group, which publishes suburban newspapers such as The Bastrop Advertiser and West­lake Picayune.

The Journalists hope "to begin collective bargaining with management within two months," the Statesman reported, after electing a Union Council and assembling a Negotiation Committee.

"We respect the decision by our colleagues," said Statesman Editor Manny Gar­cía in a statement to Austonia. "We will continue to focus on our public service mission to serve our growing community."

The vote occurred one day before the release of Gannett's quarterly financial report, which highlighted a "challenging 2020" and booked a $122 million net loss even as the chain's revenues increased through further acquisitions.

The COVID-19 Pandemic has sent shock waves throughout the media industry, further eroding advertising revenue that was already dwindling as Facebook and Google control ever-growing portions of the media marketplace.

As corporate media owners - often at the behest of private-equity and venture-fund investors who take them over - consolidate operations and institute steep cuts, the hundreds of local newspapers owned by a handful of U.S. chains have been battered by the ripple effects.

But newsrooms across the country are taking decisive action to protect themselves.

Recently The Orange County Register and 10 sister papers in Southern California also announced plans to Unionize, citing years of gradual layoffs and the threat posed by the current owner, Alden Global Capital, a hedge fund known in the media industry as "the Grim Reaper."

On the same day, the NLRB ruled in favor of the Washington State NewsGuild's effort to consolidate four different McClatchy newsrooms in the state into one Union drive, which is seeking the same voluntary recognition the parent company - which emerged from bankruptcy last Fall - gave to the Star-Telegram.