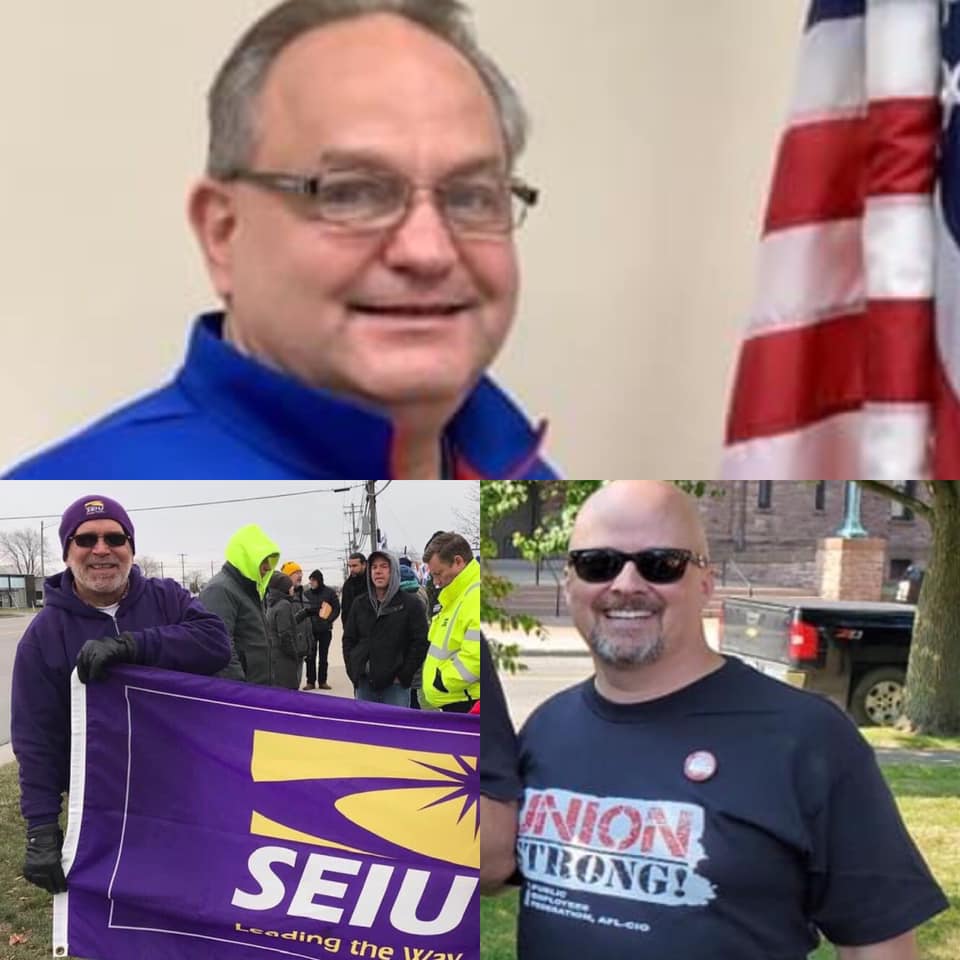 (BUFFALO, NEW YORK) - You hear it every year: If Working People are going to turn things around, then we’ve got to get more Working People, Union People, running for public office.

Well this year, there are three new faces from Organized Labor here in Western New York who’ve made the decision to run in order to make things better for Working People and all are first-time candidates:

And in the Town of Aurora, Public Employees Federation (PEF) Region 1 Political Action Committee Co-Chair Joe McCann, 46, is seeking a seat on the Town Board.

“People ‘asked me why’ I wanted to run, especially after January sixth (the day of the Capitol insurrection in Washington, D.C.).  ‘We have such a political divide and I hope through my leadership we can stop this divide, because we must work together.’  ‘Some people don’t want to take on another burden, I get that, but I like to lead by example and if we all didn’t run, then you wind up getting people who don’t advocate for Working People,’” Ziemba (pictured below) - who made the decision to run for office in October, tells WNYLaborToday.com. 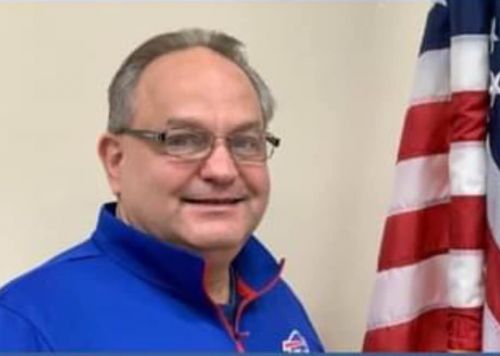 Election Day for Ziemba’s campaign is coming up fast - March 16th and he’s been out hitting the pavement, doing the best he can during the Coronavirus Campaign, putting up lawn signs and making contact with voters with a socially-distant theme in mind.

“I’ve lived in Depew for (25) years.  Then my Mom passed away, and then my dog - I was caring for these two souls and I had no time,” said Ziemba, who also serves as an Executive Board Member of the Buffalo AFL-CIO Central Labor Council.

“I negotiate contracts for Public Workers and Police, ‘so I can relate to their struggles’ (of those who work in the Highway and Police Departments).  ‘While we have to do better for these people, we have to justify the numbers.’  I’ve also served on a non-profit board, ‘so I know what it means to watch dollars and the budget,’” he said. 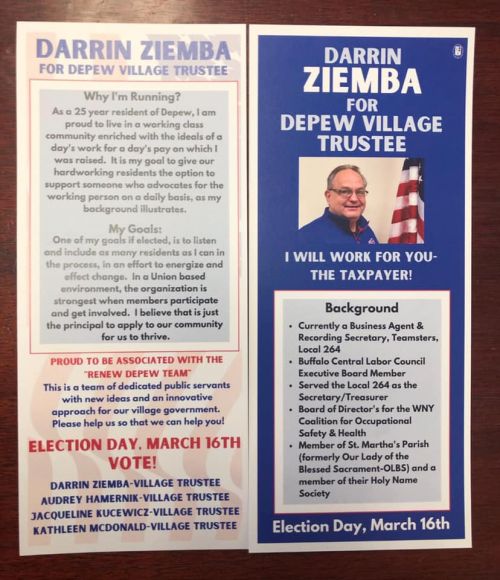 The Village population is 15,000, with about two-thirds registered to vote, Ziemba said.  He also knows that only 1,000 of Village resident came out in the last Village election to cast their vote.

“If I am ‘blessed with this opportunity to work for (the residents of the Village of Depew), I will work hard for you,’” he pledged.  “I ‘want to get the residents involved (in their government) and make it easier for them to use because it’s their tax dollars that are being spent.’”

Meanwhile, SEIU Local 200 United’s Mahoney (pictured below) tells Your On-Line Labor Newspaper that he’s “always been politically active” in the Town of Hamburg - serving on its Planning Board for the past five years and being involved in a variety of political campaigns for town and county officials. 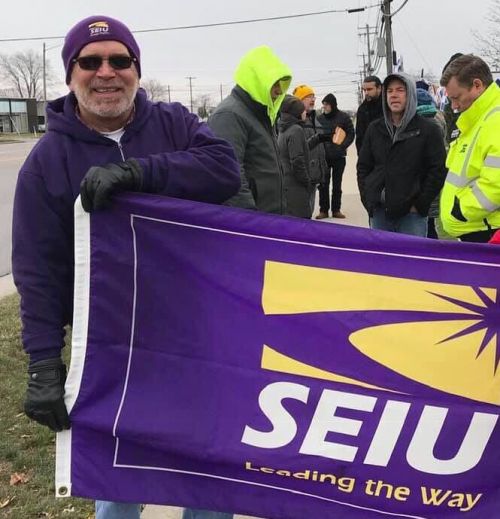 “I’ve ‘always wanted to be involved - and now, the timing was right.’  ‘The residents know me.’  ‘Nobody else was stepping up.’  ‘In fact it was (town residents) who engaged me, but I still had to talk to my wife (Marlene) first - to get that process approved,’” he said, jokingly.

Mahoney, a 40-year Union Member, faces a June Primary - and if he wins, a November Election.  There are two open spots on the five-member Town Board.

“I’m running on services and infrastructure,” Mahoney said.  “We’ll ‘look to save money’ by going to solar and with LED.  ‘We’ll look at development and our roads.’  The Amazon Warehouse Project was just approved, ‘but those jobs are few (50 full-time and 50 part-time) and carry a yearly salary of ($31,000).’  ‘You can’t live in Hamburg with that kind of yearly salary.’  ‘We all want to keep taxes flat, but we have to keep our services.’”

“I’m telling people ‘this is your’ community.  ‘No matter what political party you belong to, whether you’re Union or not, we are all the same.’  ‘We need to put our dollars where are priorities are and make (Hamburg) viable,’” he said. “This is my first time running for public office and I do think it will inspire other (Union Leaders and Representatives) to run for office.”

In the Town of Aurora, the story is a bit different.

McCann (pictured below), a 10-year Member of PEF and a former four-year Union Member with the American Federation of State, County & Municipal Employees (AFSCME) when he was employed at a local wastewater treatment plant, made the decision to run after the Town’s Republican Party ran an advertisement in the local newspaper detailing what it was looking for in candidates interested in running for the Town Board. 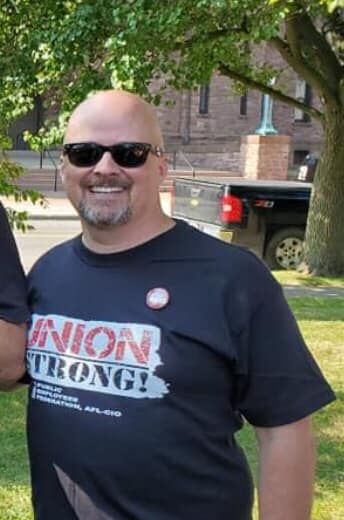 McCann said he was both taken aback and angry in what he saw and read where the GOP Committee announced it would consider individuals who share its philosophy - small government, pro-life, the Second Amendment, legal immigration and pro-police.

Aurora Town Republican Chairman Earl Jann noted in a news release his political organization was also “opposed to multi-culturalism, including identity policies and socialism/communism as we believe these policies are responsible for dividing our country.”

“I ‘was always intrigued (in running), but didn’t see the need, then I saw what (Aurora Republican Party) published.’  ‘People need to stand up to this,’” McCann told Your On-Line Labor Newspaper.

While the Town of Aurora is predominately Republican, its population will go to the polls in November to elect four Town Board Members and a new Supervisor.

McCann has already hit the ground running, activating a campaign website (https://www.mccannforaurora.com/?fbclid=IwAR1wpZBs1-6_muEYCIE1u_VcJdP3wXaxXHelmbhclwCW_UnjGZppstMS-3o) and taken advantage of Social Media to get his message out.

“I want the town ‘to continue to function well.’  There are a variety of zoning issues here and a master plan ‘must be’ codified.  ‘I want to focus on Green Energy so we are prepared’ (for what it to come).  ‘I also want to work for those to have a working wage and good benefits and not pit Workers against each other.’  ‘We all deserve a fair wage and fair wages raise all boats,’” he said.

In terms of news of his first-time run for public office, McCann said: “Absolutely (he hopes others in the Labor Movement will be inspired to do the same).”