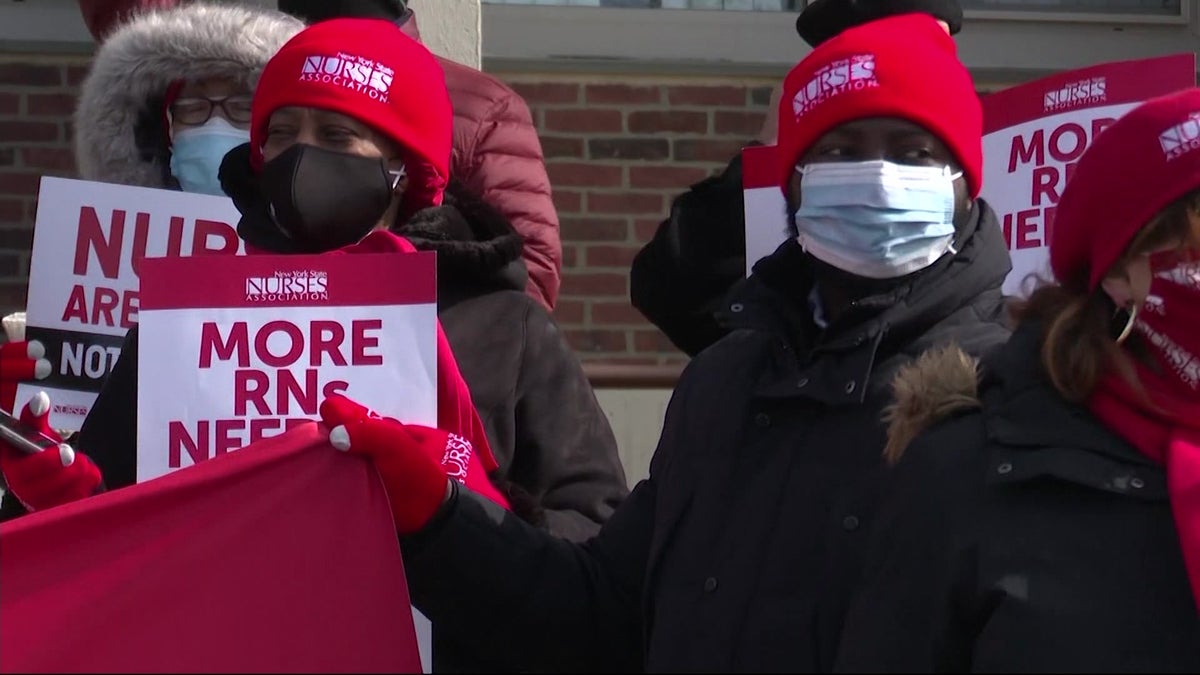 The Nurses say that understaffing is not only hurting them, but its killing patients.

Last week, they were joined by joined by dozens more Nurses from around Westchester and the Bronx.

"The staffing here is horrendous.  Nurses are taking care of instead of four or five patients in regular units - seven, eight nine or ten patient, so many patients die as a result of understaffing," New York State Nurses Association (NYSNA) President Judy Sheridan-Gonzalez said.

But while they fight for safer work conditions, Governor Andrew Cuomo has called out Montefiore New Rochelle for having one of the lowest vaccination rates.

The Nurses say they don't want to see hospitals continue to put profit over patients.

To Directly Access This Labor News Story, Go To: https://westchester.news12.com/montefiore-new-rochelle-nurses-joined-by-other-local-nurses-to-protest-hospital-understaffing?fbclid=IwAR3qCeqEhrytFs8cXPYH_u7eRypNoCMvrQXbBPAqowWnT4qoFZEA_kdYi-U