While Union Membership May Be Down, âInterest In Labor Unions Appears To Be On The Rise.â Why? Maybe Itâs Because Union Workers âStill Earn 19% Moreâ Than Their Non-Union Counterparts 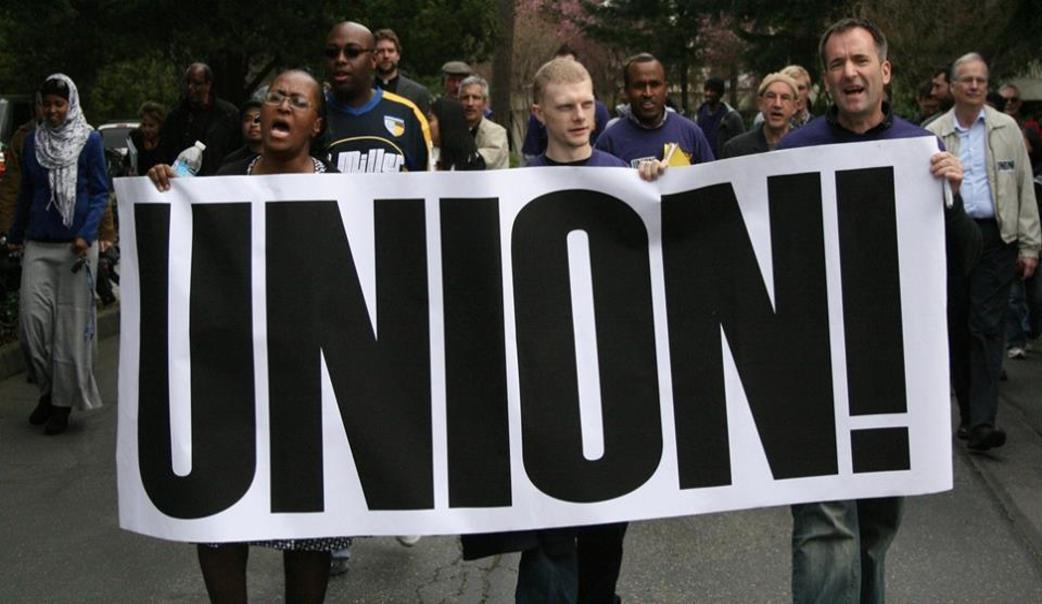 As wealth inequality accelerates, Essential Workers organize for Coronavirus Pandemic protections and President Biden makes promises to be “the most Pro-Union President you’ve ever seen,” interest in Labor Unions appears to be on the rise.

In January, hundreds of Google Employees voted to Unionize, and this month, thousands of Amazon Workers in Alabama are doing the same.

These movements buck a decades-long trend of Union enrollment decline.

Bureau of Labor Statistics (BLS) data indicates that in 1983, 20.1% of employed Americans were Members of a Union.

Even as the share of employed Americans who were represented by a Union declined, Union wages remained solid. 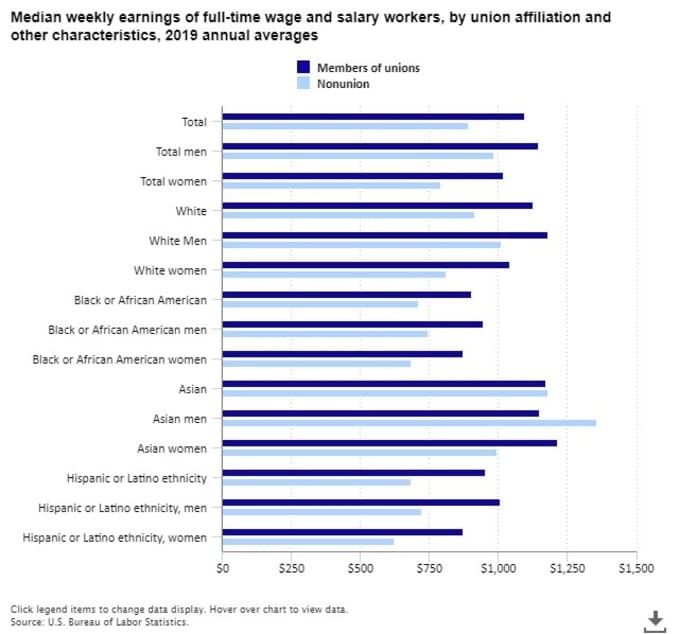 CNBC Make It spoke with experts about why Union enrollment declined for decades - even if wages were higher.

Alexander Colvin, the Dean of the Industrial Labor Relations (ILR) School at Cornell University, points to corporate interests as one reason Union enrollment has declined.

“Higher Union wages, better Union benefits and Union Work Rules that limit management discretion are things employers dislike and they seek to avoid Union representation,” he explains. “That includes steps like shifting investment to Non-Union facilities and to parts of the country with low levels of Unionization.”

Neo-Liberal trade and tax policies that encourage employers to move jobs to places where they can pay workers the least are also to blame, National AFL-CIO President Richard Trumka says.

In addition, the occupations and industries where Union participation has historically been highest have shrunk.

“Union Density has historically been concentrated in manufacturing and the public sector.  Those sectors have declined,” says Kate Bronfenbrenner, who serves as the Director of Labor Education Research and is a Senior Lecturer at the ILR School at Cornell University.

“And also (job) growth has been in the sectors where Unions have traditionally not existed. Growth has been in the high tech sector, in the service sector and in jobs that are not covered by the National Labor Relations Act - like Independent Contractors and Leased Workers and Domestic Workers,” she said.

But new interest in Labor Unions among Workers in growing industries such as tech and media may be revitalizing growth, and people like U.S. Congressman Mark Pocan of Wisconsin - a long-time Union Member and co-founder of the House’s Labor Caucus remain optimistic that Union enrollment will rise in 2021 and beyond.

To Directly Access This Labor News Story, Go To: www.cnbc.com/2021/02/05/union-enrollment-declined-for-decades-but-union-workers-still-earn-more.html