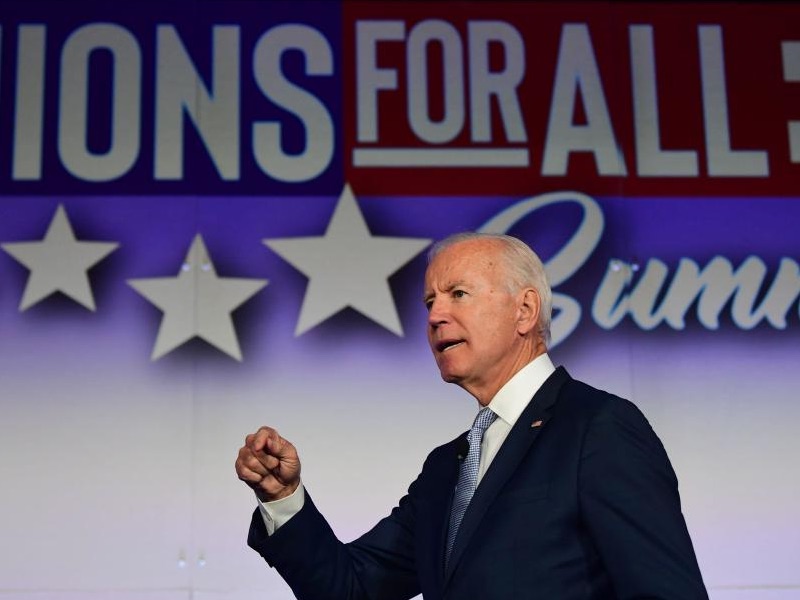 Some of them have gotten a lot of attention while others have been done quietly.

With a lot of other news coming out of Washington over the last few weeks, UCOMM decided to put together a list of 20 things that Biden has done to help unions and Working People in just his first month in office.

Fired Peter Robb - Robb was Trump’s General Counsel for the National Labor Relations Board (NLRB).  Back in the 1980’s, Robb was a key player in busting the PATCO Union and brought that same Anti-Union Spirit to the NLRB.  In his time in office, Robb tried to end neutrality agreements and make inflatable rats, like Scabby, illegal.  Robb was fired just hours after Biden took the oath of office.  After firing Robb, he also fired Robb’s Deputy who had become the acting General Counsel.

Appointed Peter Ohr Acting NLRB General Counsel - After firing Robb, Ohr was a Regional Director for the NLRB before being promoted to Acting Counsel and has a long history of Pro-worker decisions.  He took immediate action to overturn some of Robb’s decisions, many of which will show up later on this list.

Appointed Marty Walsh To Lead The U.S. Department Of Labor - Walsh, the Mayor of Boston, was previously a Union Leader with Laborers Local 223 and the head of the Boston Metropolitan District building Trades Council.  His selection was praised for putting a Union Leader in charge of the Department of Labor.

Appointed Julie Su Deputy Secretary Of Labor - Su, the current California Labor Secretary, was appointed to be Walsh’s second in command.  Su was being pushed by many Asian American Legislators for her work with low wage and Immigrant Workers.  One of her biggest cases involved helping 72 enslaved Thai Garment Workers win a multi-million-dollar lawsuit against clothing companies.

Biden Fires More Trumpers in U.S. DOL - Biden’s quest to rid the government of Trump’s Anti-Union appointees continued with his decision to get rid of the 10 members of the Federal Service Impasses Panel (FSIP).  This panel decides contract disputes between Federal Unions and the government.  It was stacked with Anti-Union picks that included people from ALEC (The American Legislative Exchange Council), the Heritage Foundation and an individual from a Union-Busting Law Firm.  Biden gave the 10 appointees the chance to resign, which eight did, before the other two were fired.  With these appointees on the Board, the government won 90% of the cases that came before the FSIP.

New Appointments To The Equal Employment Opportunity Commission (EEOC) - Biden promoted Charlotte Burrows and Jocelyn Samuels to serve as Chair and Vice Chair on the Commission.  Burrows has a long history of fighting for Civil Rights and working with Immigrant communities, while Samuels has worked for years on policies to attain equality for sexual and gender minorities.

Made A Union Attorney Chairman of the Federal Labor Relations Authority (FLRA) - Biden promoted Ernest Dubster to be the Chairman of the FLRA, which oversees disputes between the Federal Government and Federal Unions.  Dubster previously worked as a Union Attorney, Legislative Counsel for the National AFL-CIO, and a Law Professor teaching collective bargaining and arbitration.

Selected A Steelworker To Lead OSHA - Biden’s pick to lead the Safety Department is James Fredrick, who worked for 25 years in the United Steelworkers’ (USW) Health, Safety and Environment Department.  After leaving the USW in 2019, he became a part-time Safety Consultant who advised companies on safety compliance.

To Continue Reading This Labor News Story, Go To: https://ucommblog.com/section/national-politics/20-things-biden-has-done-help-unions?fbclid=IwAR1whJIQzFQzTFqvIcw9_AFwVJ9AF-Am9fqowBAQRJJ-lL-v7thn6VMsDrw