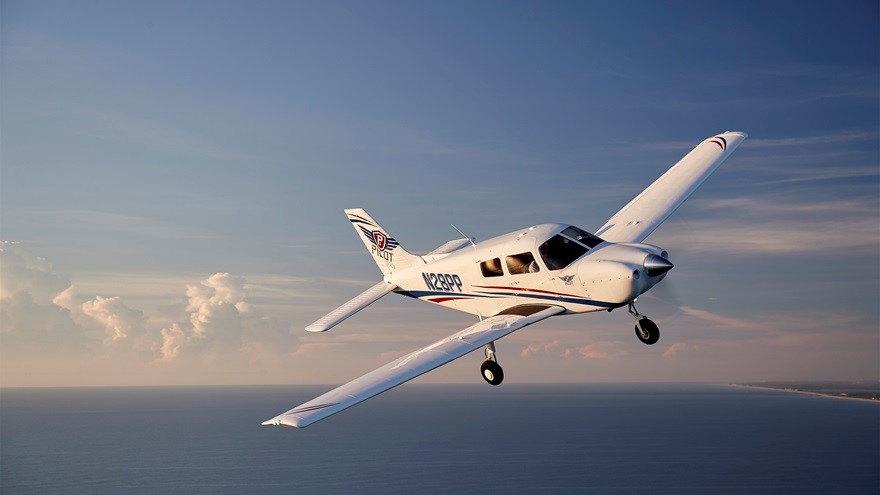 (VERO BEACH, FLORIDA) - Piper Aircraft Incorporated will offer those interested in joining the company’s next group of Aircraft Assembly Apprentices a choice of on-line seminars in the coming weeks to explain an accredited two-year program that began in 2019 to attract Skilled Workers to the aircraft manufacturing industry.

The Piper Aircraft Apprenticeship Program that began in 2019 is entering its third year.  At the end of the program, the Apprentices will qualify as aircraft assembly journeymen.  The company currently has about 1,000 workers making the 13 aircraft models ranging from piston singles, like the Piper Pilot 100 - pictured above, to turboprops.

The first class of nine paid Apprentices began their two-year journey in 2019 and coincided with Piper orders driven by more than 250 training aircraft through contracts with Fanmei Aviation Technologies in China and ATP Flight School in the United States.

The Aircraft Fabrication Program for Apprentices grew to 20 the following year.

Piper CEO Simon Caldecott launched the program with the intent to train Aircraft Fabrication and Assembly Workers during a hands-on, two-year initiative at the manufacturer’s Vero Beach, Florida Assembly Line.

The inaugural group of Indian River State College students who joined the initiative will complete their two-year stints this Summer.

The 2021 Apprenticeship class will be the manufacturer’s third group when their training begins in August.

Piper Aircraft said the on-line sessions will be available via smartphone, tablet or home computer.

At the end of the program, the Apprentices will qualify as Aircraft Assembly Journeymen after completing a combination of on-the-job training, classroom instruction and mentorship.

The long-time aircraft manufacturer counts more than 37,000 aircraft produced since 1937 and currently has about 1,000 Workers making the company’s 13 aircraft models, which range from the M600/SLS turboprop with Garmin Autoland technology to the Pilot 100 and 100i line of normally aspirated three-person single-engine trainers.

The application deadline is May 28th.

To Directly Access This Apprenticeship And Training Labor News Story, Go To: www.aopa.org/news-and-media/all-news/2021/february/16/piper-to-offer-apprenticeship-info-sessions-online