"I Just Think This Is A Reckless And Irresponsible Exploitation Of The Fear And Frustration That Everybody Feels Right Now," AFT President Weingarten Says Of Republican Attacks On Teachers In A Bid To Retake The Suburbs 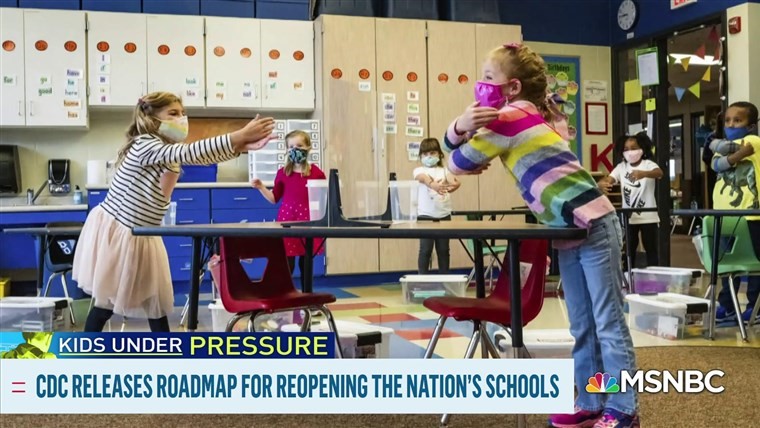 (WASHINGTON, D.C.) - House Republicans think school reopenings may be their winning issue in key races in the 2022 Mid-Term Elections that could help them recapture the chamber.

Senate Minority Leader Mitch McConnell (Republican-Kentucky) says the main obstacle standing in the way of reopening schools is "the rich, powerful Unions that donate huge sums to Democrats and get a stranglehold over education in many communities."

And a leading GOP candidate in this year's Virginia gubernatorial contest launched a campaign with ads promoting the #OpenOurSchools hashtag.

"As soon as we started last month, I made a big deal out of the fact that messaging has to be about schools as we go forward," said U.S. Representative Tom Emmer (Republican-Minnesota), who serves as Chairman of the National Republican Congressional Committee. "It's the Teachers Unions that want to keep the schools closed.  Democrats are ignoring the science and they're standing with their special-interest donors instead of the students."

Out of power and divided about their future, Republicans see an opportunity to begin winning back the suburban voters they lost under Donald Trump's presidency by capitalizing on widespread frustration with pandemic life and directing it at an old enemy: Teachers Unions.

Seeking to protect their Members, particularly older Teachers, from contracting COVID-19, some Teachers Unions have pushed for no return to in-person learning until Teachers can be vaccinated, while others have demanded additional safety measures - ranging from better ventilation to increased cleaning - before agreeing to a return.

There is internal debate in the Unions over how aggressively to fight the reopenings and they fully reject the idea that they are the ones preventing a return to the classroom, instead pointing to Federal and State Governments that have been slow to address their concerns.

American Federation of Teachers (AFT) President Randi Weingarten, who runs the Nation's second-largest Teachers Union and is a member of the Democratic National Committee (DNC), hailed the new guidance and said Teachers want to get back to work as much as parents want them to - as long as it's safe for everyone.

"Our Union started fighting to reopen schools last April," Weingarten told NBC News, citing guidelines the Union put out in the early days of the pandemic and blaming Trump and Republicans for failing to provide the necessary help.

"I just think this is a reckless and irresponsible exploitation of the fear and frustration that everybody feels right now," she said of the GOP attacks. "Instead of basically accepting that their standard-bearer really messed this up, they need to try to deflect blame."

A just-released and new AFT survey of Union Members finds most Teachers agreed remote learning was not working as well in person and 85% said they would be comfortable to returning to school buildings if safeguards were put in places - such as masking, vaccination and better ventilation.

Nearly a quarter said they have already been vaccinated.

Attacking the Unions as standing in the way of educational progress is a classic Conservative tactic that helped Republicans win over frustrated parents in Democratic-leaning states such as New Jersey and Wisconsin the last time they were locked out of power in Washington in 2009.

To Read This Labor News Story In Its Entirety, Go To: www.nbcnews.com/politics/elections/openourschools-gop-targets-teachers-unions-bid-retake-suburbs-n1257899