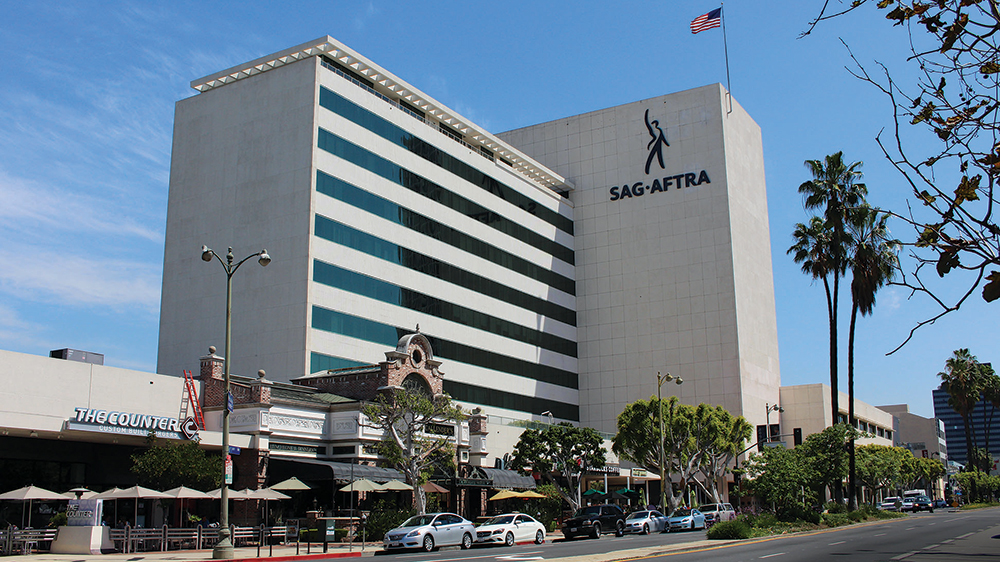 The broad goals of the campaign spearheaded by the Department for Professional Employees (DPE), a coalition of Unions affiliated with the AFL-CIO, is to strengthen collective bargaining and copyright protections and the state and Federal level.

A clutch of Entertainment Industry Union Representatives recently took part in a virtual news conference to detail the policy proposals and underscore the urgency for the need for action to better protect Middle Class and low rung Workers.

“We stand solidly behind the missions and goals.  We believe very strongly in copyright protections.  It’s how our Members receive appropriate remuneration for their work,” SAG-AFTRA National Executive Director David White said. “And we feel very strongly about the importance of showcasing the full variety of the American scene” in entertainment content.

Other Unions represented on the call included the Directors Guild of America, the Writers Guild of America East, the International Alliance of Theatrical Stage Employees, Moving Picture Technicians, Artists and Allied Crafts (IATSE), the Actors Equity Association, the Stage Directors and the Choreographer Society, the American Federation of Musicians (AFM) and the American Guild of Musical Artists.

Those organizations have teamed with DPE to field specific proposals.

The key components of Federal policy proposals are: Pass the Protecting the Right to Organize (PRO) Act; Pass the Restoring Justice for Workers Act; Pass the Create a Respectful and Open World for Natural Hair (CROWN) Act; Pass the AM-FM Act; and Reform Section 512 of the Digital Millennium Copyright Act “to restore balance between content creators and on-line platforms and ensure that Creative Professionals can earn a fair return for their work.”

Union Leaders stressed collective bargaining is the key to ensuring strong wages for Entertainment Workers, which is crucial to allowing People of Color to rise in the industry.

They’re also pushing for the appointment of a Chief Diversity Officer to oversee DE&I issues at those three arts orgs.

There’s also a focus on lobbying Congress to adapt at the Federal level recent moves by such states as New York, New Jersey and Illinois to provide tax incentives to productions that meet hiring guidelines for Workers from under-represented communities.

Numerous speakers noted that the pandemic has created a unique moment for many in entertainment to make big structural changes during shutdowns and slowdown of business.

Actors Equity Association President Kate Shindle noted the hardship during the past year for Workers in the theater community, adding that situation should force leaders to ask themselves: “What kind of industry do we want to go back to?”

To Continue Reading This Labor News Story, Go To: https://variety.com/2021/tv/news/hollywood-unions-diversity-equity-inclusion-policy-agenda-1234906389/