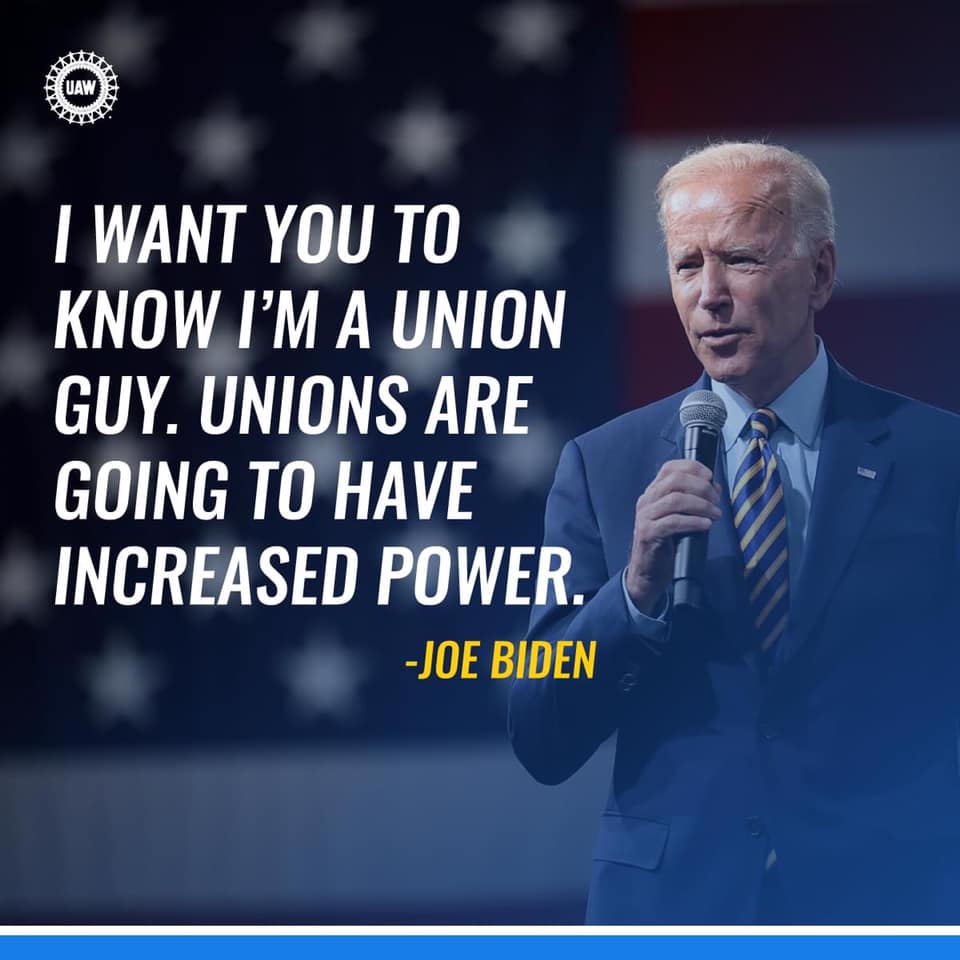 What a difference a few weeks makes in the age of Twitter.

On February 4th, President Joe Biden tweeted the following: "Every American deserves the dignity and respect that comes with Union Organizing and collective bargaining.  The policy of our government is to encourage Union Organizing and employers should ensure their Workers have a free and fair choice to join a Union."

Biden has pledged to be the "most Pro-Union President" in history, and his tweet is perhaps the clearest Pro-Union statement we've ever had from a sitting President.

Biden's comments are not without precedent.

Most students of New Deal Labor remember FDR's quote: "the President wants you to join a Union."

In reality, the quote was probably apocryphal, but it was believable - and the newly organized Labor Federation, the CIO, used it to help organize Workers in the mass-production sector, leading to historic victories in the auto, steel and rubber industries.

President Barack Obama also used the bully pulpit of the office to celebrate the role of Unions in creating the American Middle Class, saying: "We need to level the playing field for Workers and the Unions that represent their interests, because we know that you cannot have a strong Middle Class without a strong Labor Movement."

A few weeks later, Obama's Pro-Labor comments were used, with significant impact, in a historic Union organizing victory at the Smithfield Meatpacking Plant in North Carolina.

But Biden's comments are more significant.

Unlike those of FDR, his comments are not of dubious providence and are unambiguous - the President wants you to join a Union.

Unlike Obama, Biden has vowed to be the "most Pro-Union" President we've ever seen.

Obama said positive things about Unions, but he did relatively little to support the critical Pro-Union legislation, the Employee Free Choice Act, and his recently published memoir of his time in office, A Promised Land, makes zero mention of Union issues.

Biden, in contrast, has vowed to prioritize the PRO Act, passed by the House of Representatives last February, which would strengthen Workers' right to choose a Union, make more transparent aggressive corporate Anti-Union campaigns, and limit employer efforts to misclassify Workers.

The new President has already removed Anti-Union Officials appointed by his predecessor to the National Labor Relations Board (NLRB) and the Federal Service Impasses Panel, among others.

But, of course, there's an enormous difference between Biden's tweet and the increasingly deranged tweets of his predecessor.