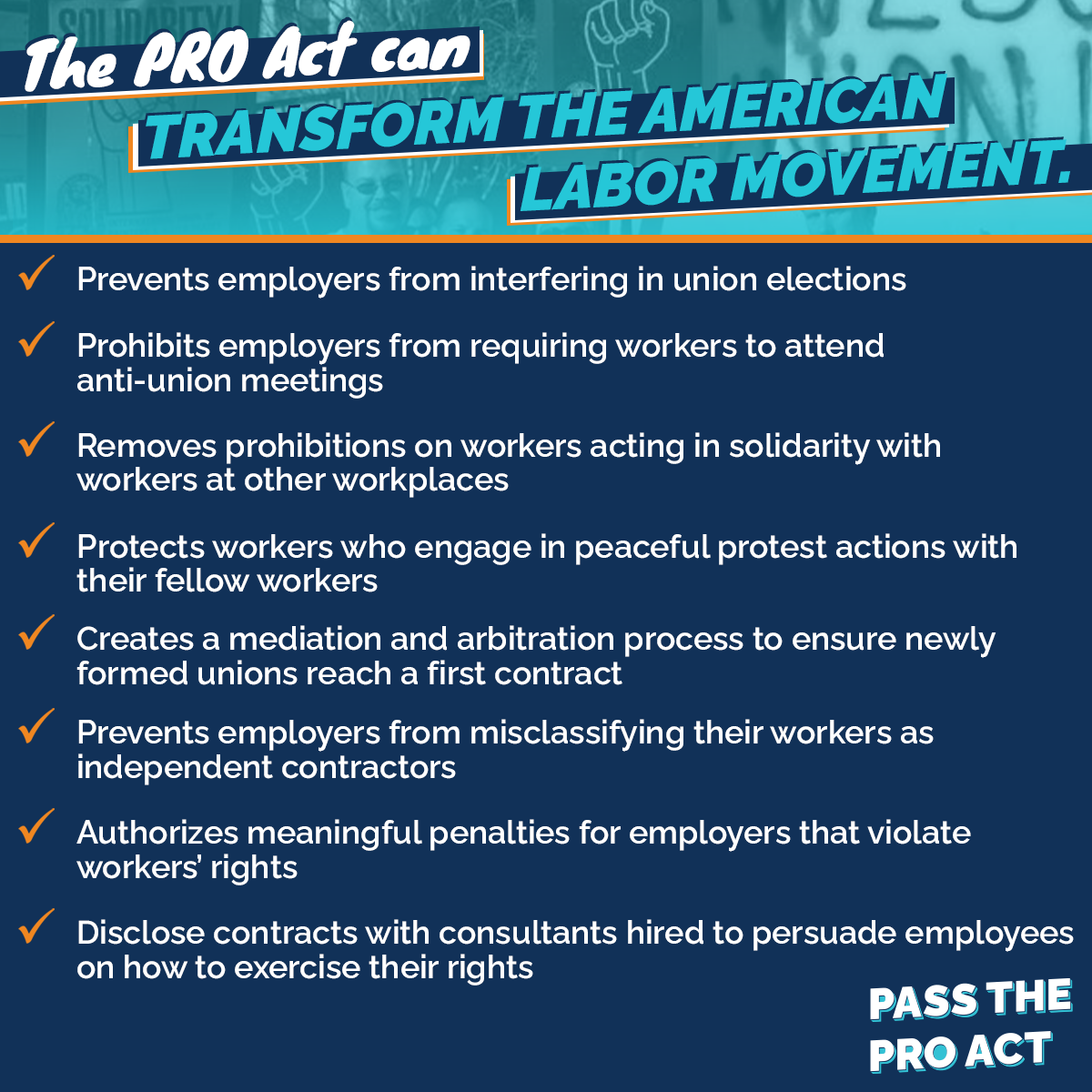 (WASHINGTON, D.C.) – U.S. House and Senate Democrats have reintroduced the PRO ACT, a sweeping Pro-Union Bill that would wipe out Right-To-Work Labor (for less) Laws in 27 states.

The Bill, which includes sweeping changes to Labor Laws, is the “most significant Worker Empowerment Legislation since the Great Depression,” Unions claim.

Among its many provisions, the Bill would advance Union Organization and Collective Bargaining Rights by authorizing the National Labor Relations Board (NLRB) to levy fines against employers who violate Workers’ Rights and unilaterally overturn a workplace election.

It also would ensure Workers can participate in secondary boycotts and collect “Fair Share” Fees.

In 1935, Congress gave the Labor Movement the power to force employees to accept their “exclusive representation,” and made it illegal for Workers to represent themselves.

Workers, regardless if they wanted Union Representation or not, were required to pay for it, even in cases where representation opposed their best interests.

It took another 12 years for Congress to amend previous laws.

After the Taft-Harley Act of 1947, states were given the ability to “opt out” of the National Labor Relations Act’s forced-dues provisions by passing State Right-To-Work Laws.

There are currently 27 states with Right-To-Work Laws.

The PRO Act would reverse the changes of the Right-To-Work Laws in these states.

“The PRO Act would reverse years of attacks on Unions and restore fairness to the economy by strengthening the Federal Laws that protect Workers’ right to join a Union and bargain for higher wages and better benefits,” the sponsors of the Bill argue.

To Read This Labor News Story In Its Entirety, Go To: www.thecentersquare.com/national/democrat-sponsored-pro-act-would-invalidate-right-to-work-laws-in-27-states/article_0c0df1fa-6809-11eb-88ae-e3a6115b6322.html?utm_medium=social&fbclid=IwAR1a0h7EdkAiniAdHraIbrGR4LLhHO9vnrSRN7l9q57W-Apo81m5C5clJLw