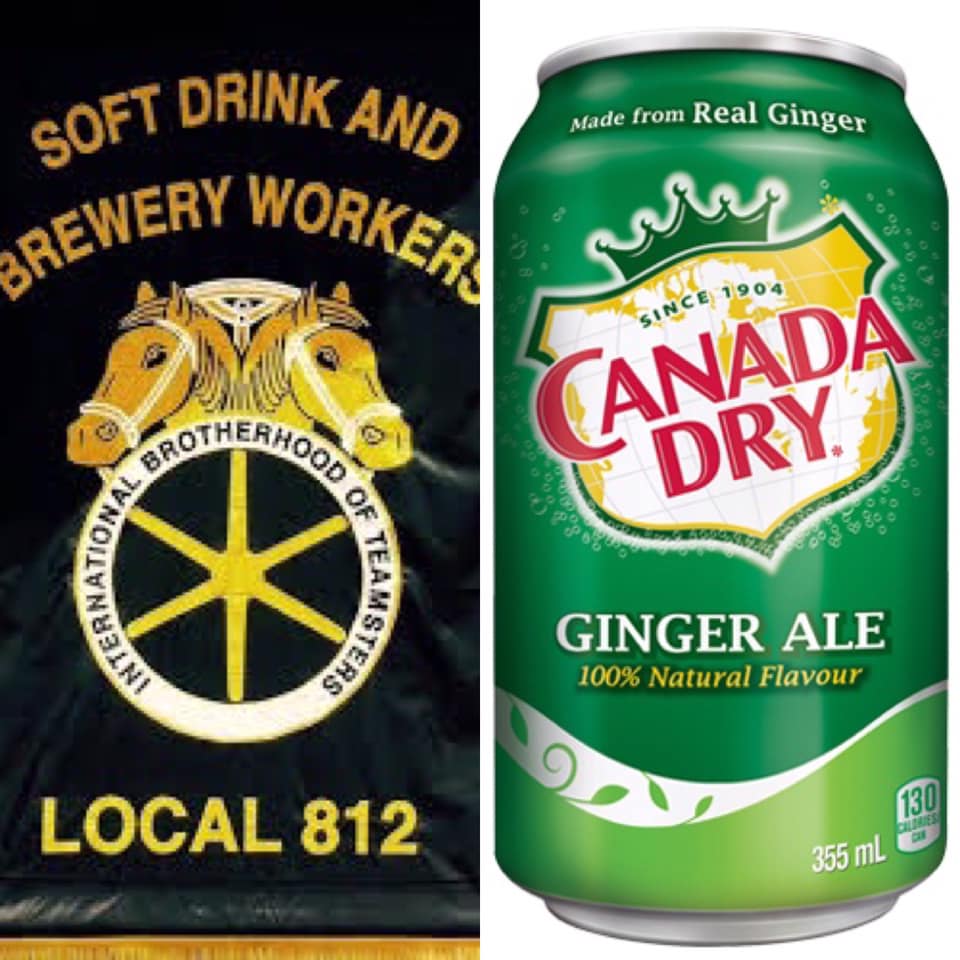 (NEW YORK CITY) – Dozens of Canada Dry Retirees and Members of Teamsters Local 812 who’ve spent more than 30 years in the sales and distribution subsidiary, saw their hard-earned health benefits slip away on February 1st, after Keurig Dr. Pepper (KDP) completed its takeover of the company.

“What the Union tried to do was get the best situation for those retirees after Canada Dry was sold to KDP,” Union Consultant Denise Devlin said. “All those Retirees under the age of sixty-five have medical benefits until the age of sixty-five.  There were extensions for active Members as well as the sixty-five-and-up retirees.”

Harold Honickman, owner of the Philadelphia-based Honickman Group, previously owned the New York Canada Dry subsidiary, but he sold it on October 27th, 2020.

Honickman gave Local 812 just one day’s notice about changes that would impact the lives of more than 140 Employees and numerous Retirees.

“They were able to extend health benefits for those who were currently working for four months, and those who were over sixty-five by two years, instead of cutting off on (February 1st),” Devlin said. “The group that is under sixty-five will receive their full benefits until they are sixty-five.”

For those under age 65 at the company, that means another two years or more to keep their health package.

For those over 65, that means two years extra to find a supplement to Medicare.

Some current Employees now have the chance to keep their health insurance until June as they look for potential new work.

Teamsters Local 812 President Joseph Vitta earlier described the average retirement age of Canada Dry employees as 60-years-old during the Union’s effects bargaining back in December 2020: “Some of the Workers are driving for Pepsi and some have been hired by the new owner KDP, but this process is ongoing, so we don’t have numbers yet.  This is still taking place.”

Pepsi still manufactures Canada Dry, but the bottling, warehousing and distribution of the product are under KDP.

“KDP and Pepsi are still trying to work out what they can do to get as many Employees that were a part of Canada Dry bottling,” said Devlin.

Gary Mergl, a former House Driver at the company for nearly 35 years, turned 65-years-old in 2020: “I’ll get the health benefit for two years, but then I lose it.  I will have to get a secondary insurance out of the money I get from my pension.”

To Continue Reading This Labor News Story, Go To: www.laborpress.org/medicare-for-all-seen-as-the-only-remedy-for-workers-after-canada-dry-retirees-lose-healthcare/