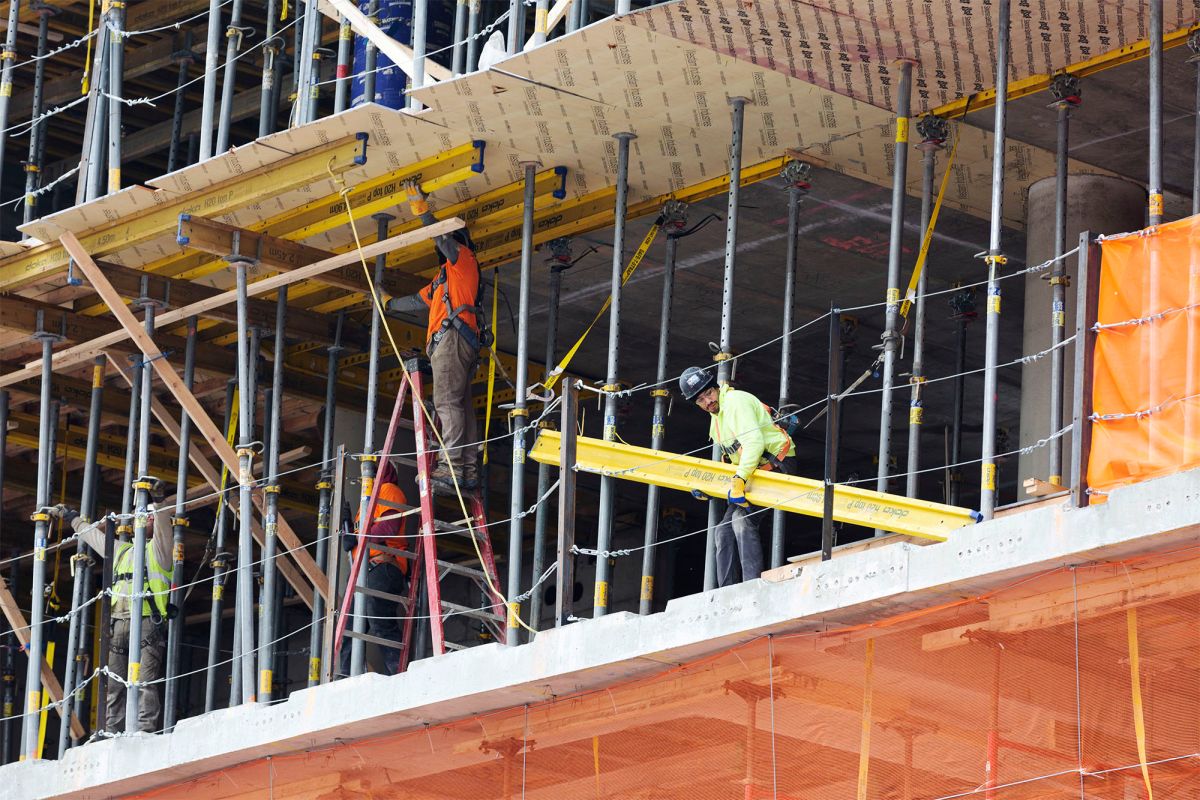 As New York City’s Mayoral and Council races heat up, all candidates must address the pressing need for high-quality affordable housing developed in thoughtful, community-oriented ways.

There is no viable future for our city without more of it.

At the same time, neighborhoods across the city, particularly those hit hard by the COVID-19 Pandemic, need the good jobs and community investment that development brings.

Imagine putting New Yorkers to work close to home at an average wage of $40-an-hour building housing they can afford to live in.

We know it can be done - it’s the progressive model of development we’re implementing now.

We recently entered into a first-of-its-kind agreement that will cover the construction and rehabilitation of nearly 3,200 permanently affordable apartments in the South Bronx, Harlem and East New York.

Through it, local residents will learn a skilled Construction Trade and become Union Members with health care and retirement benefits.

It wasn’t easy to get here.

One of us runs a large Construction Laborers’ Union and the other runs one of the region’s largest affordable housing development companies.

We had spent years on opposite sides.

A major roadblock to building affordable housing with Union Labor has been cost.

Union Laborers have traditionally been considered too expensive.

To make the math work, we changed the equation.

We did it through months of good-faith discussions, always with a shared belief in hiring a local and diverse workforce.

Smart, pragmatic concessions on each side built trust toward a mutually beneficial outcome.

Allow us briefly to explain: The agreement’s new wage rate is less than the standard Union rate, but higher than the Non-Union rate.

It’s a rate that has been incorporated into some mixed-income projects since 2017 and will now be used in permanently affordable projects.

It’s offset by cost savings that come from a highly-skilled, well-trained Union Labor Force that can work effectively alongside Non-Union Workers on complex projects.

That’s a win for Labor and Management - and can be for other developers, too.

This new model will drive recovery from the COVID-19 Pandemic in neighborhoods hit hard by it and where extensive community engagement has shaped projects like Bronx Point, which we’re now building in the South Bronx.

But this model can also be adapted to enable more Working Class New Yorkers to build and move into new, deeply affordable housing in affluent areas.

For example, deeply affordable housing could be built in wealthy neighborhoods like SoHo by public housing residents and Working Class Residents from elsewhere in Manhattan.

They could become Union Members, get a chance to live in the new apartments, and send their kids to public schools in what would become a more racially and economically inclusive SoHo.

We know that our agreement isn’t going to work for every builder or on every project.

We know that there will always be pushback against development for one reason or another.

But with a shared vision of how to create more affordable housing and more good jobs for local residents, we see a way forward.

With bold leadership from the next mayor and City Council, we’re confident that there’s a path toward encouraging responsible development that includes community input and creates good job opportunities in the process.

That’s a better, fairer, and stronger New York City for all.

To Directly Access This Labor Perspective, Go To: www.nydailynews.com/opinion/ny-oped-how-nyc-can-create-more-affordable-housing-20210206-ibdxgmfd7naglnvb72cfthv45e-story.html?fbclid=IwAR02uo8gWXhHhkGXHD-aqc6LmY5CZd9Qc56YvMs7nLAky6x2m_9nN-M0iIk