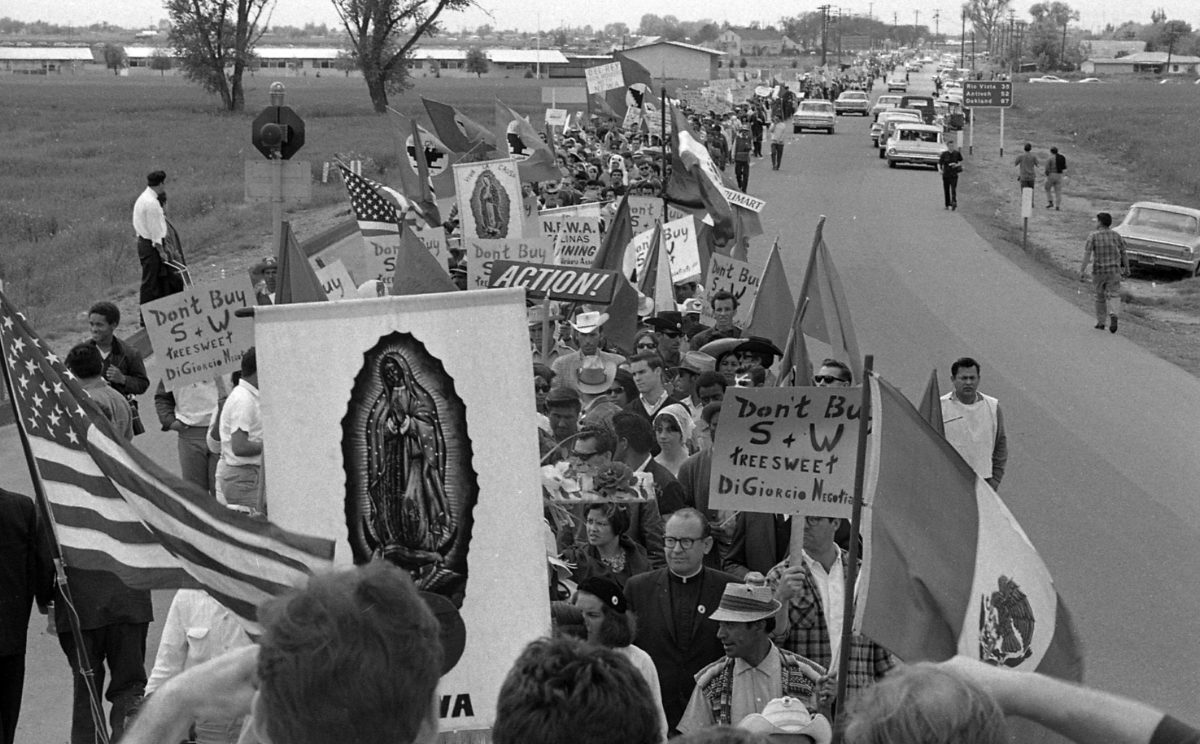 Here are the PBS NewsHour-New York Times’ Book Club choices on seven books that dive into the long history of America’s Labor Movement:

Labor in America: A History by Melvyn Dubofsky and Joseph A. McCartin - The most recent edition of this survey, published in 2017, provides “a detailed, comprehensive history of Labor Unions and Workers in America, from colonial times to the present.”  Greenhouse wrote that this text “does an excellent job tying the political and economic context into what was happening with Unions and Workers.”

State of the Union: A Century of American Labor by Nelson Lichtenstein- In this book, Lichtenstein, a Labor Historian who directs the Center For the Study of Work, Labor and Democracy at the University of California-Santa Barbara, provides “a deep dive into the rise and decline of Unions in the 20th Century, with keen analysis of the interplay of Labor with politics, economics, race and intellectual trends.”  He argues the Labor Movement underwent a significant ideological and political transformation in the 1960s and 1970s, which left it unprepared to adapt to the Reagan and Clinton years.

There is Power in a Union by Philip Dray - Dray’s vast 700-plus page book as “a highly readable history of Labor in America.”  Dray - who details both well-known organizing efforts, as well as those that don’t make it into every school curriculum - is “an excellent storyteller with an eye for lively detail.”

The Most Dangerous Man in Detroit: Walter Reuther and the Fate of American Labor by Nelson Lichtenstein - A terrific biography of Walter Reuther, who many say was the greatest, most visionary Labor Leader of the 20th Century.  Greenhouse also wrote about the Labor Leader’s central role in lifting up the American Middle Class in Chapter Seven of Beaten Down, Worked Up.  He called Lichtenstein’s biography “an extraordinarily well-researched look at the UAW (United Auto Workers) Leader.”

Going Down Jericho Road: The Memphis Strike, Martin Luther King’s Last Campaign by Michael K. Honey - As Greenhouse details in Beaten Down, Worked Up, Martin Luther King, Jr., traveled to Memphis to participate in a Sanitation Workers Strike prior to his assassination. In what would be his final speech, King promised the Workers, “We, as a people, will get to the promised land.”  The author wrote that Honey’s account of the Strike is “an inspiring book about the heroic 1968 strike by Black Sanitation Workers in Memphis in which they demanded dignity and decent pay - and received vital, but costly backing from Dr. King.”

The Crusades of Cesar Chavez by Miriam Pawel - “A well-researched, well-written biography of the great Farm Worker Leader,”  Greenhouse said in recommending Pawel’s biography of Labor Activist Cesar Chavez, who spent his life fighting to improve working conditions for Farm Workers in the U.S, including a Strike against grape growers that lasted five years.  “This book contains some big surprises as it takes a close look at Chavez’s successes and shortcomings,” he said.

To Directly Access This Labor News Story, Go To: www.pbs.org/newshour/arts/7-books-that-dive-into-the-long-history-of-americas-labor-movement?fbclid=IwAR21_p3qqpdVkrOIEn6vKQp2luVgJINx_UuSXXmnGEZLBAehTXZKE2sJ0JA