In Olean, United Steelworker-Represented Workers Employed At Soon-To-Be Shutdown Siemens Energy Facility Are âBeyond Shock,â Say Closing Is âDisrespectful To Generations Of Workers & To The Community That Supported Itâ 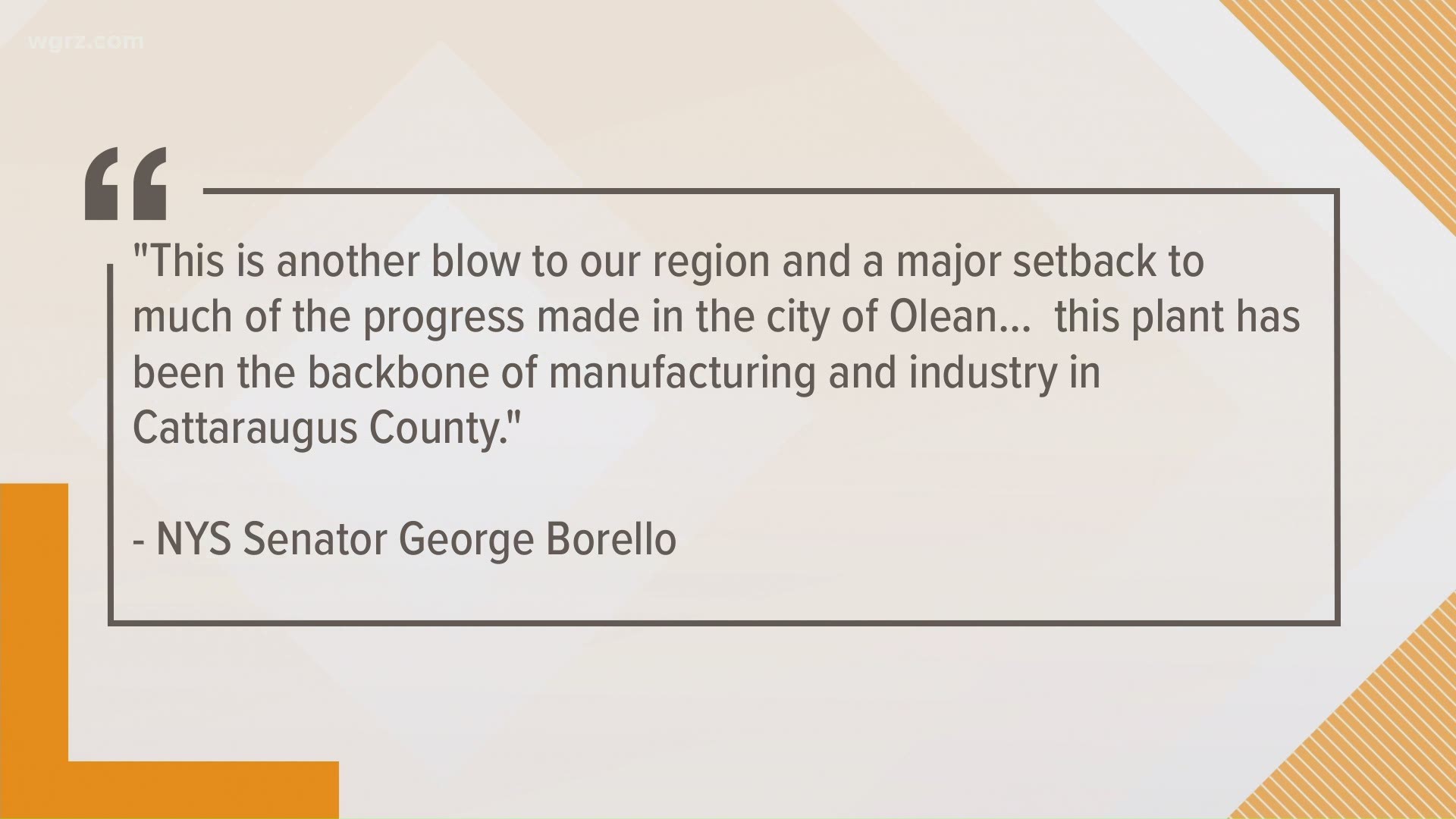 (OLEAN, NEW YORK) – United Steelworkers (USW) Officials from the local to national level are reeling from plans to close down production at the Siemens Energy Facility in North Olean, The Olean Times Herald reports.

Tom Stimlinger, who serves as President of USW Local 4601 - which represents 350 of the 530 Workers to be laid off as Blue-Collar production moves to other facilities while around 300 engineering, management and R&D jobs remain behind - says the shock of the decision still has not dissipated: “Morale, as you’d imagine, is low.  I don’t even know what to think.”

Stimlinger said the Union was notified that 54 workers will be laid off in the third quarter of the 2021 fiscal year - which ends June 30th.

After that, 127 will be laid off in the fourth quarter, ending September 30th.

The Union Contract has benefits for separations, Stimlinger said, but the USW and company will hold negotiations over the next few weeks.

“We’ve got to go in and bargain for our closure benefits,” he said, with Workers hoping to get more assistance at a time during a global pandemic.

And while it is expected that assistance from the state for retraining, unemployment and other services will be coming, “we’ve heard nothing on that as of today,” he said.

The shutdown of all production at the 99-year-old facility is hurt even more by the sheer number of families with multiple members working at the plant.

Meanwhile, USW Representatives at the upper levels of the Union expressed outrage at the decision.

USW District 4 Director Del Vitale called Siemens’ decision to close the facility disrespectful to generations of workers who dedicated their careers to the company and to the community which has supported it.

“With almost (110) years of manufacturing history at stake, Siemens unilaterally determined our jobs and our community are expendable without consulting workers or notifying the Union,” Vitale said. “We must urge management to reverse its catastrophic course.”

Vitale said that the USW would demand to negotiate over the company’s decision to close the facility and, if necessary, the effects of the closure.

“This plant supported our families and sustained this community for over (100) years, and Siemens owes the Workers in Olean more consideration than it has given,” he said. “We will stand together to fight for respect and dignity for the men and women who built the company.”

USW International Secretary Treasurer John Shinn, who represents the Union on the North American Siemens Labor Steering Committee, challenged the company for cutting employees’ voices out of the decision-making process.

To Continue Reading This Labor News Report, Go To: www.oleantimesherald.com/news/united-steelworkers-in-olean-beyond-in-shock-over-siemens-shutdown/article_b106d9dd-6b17-5795-8782-9bb8ad189d00.html?fbclid=IwAR0LiqGmRdIYuDGPLEHP9lze_QwKJypoo6MKZlVehaLXJQYR7XhMHo2DDcQ