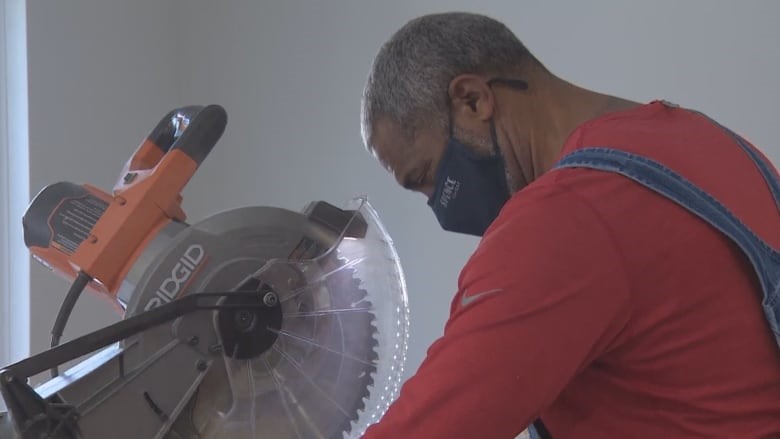 (TORONTO, ONTARIO/CANADA) - Sephton Spence of Kubbie Construction Inc. says racism in the Canadian Construction Industry is not new, but protests over the Summer emboldened some people to act on their bigotry.  From subtle systemic racism in awarding contracts to outright hate-motivated incidents at job sites, now a new Black Builders' Association wants to lay the foundation for a fairer construction industry.

Spence - who now serves as Vice President of the Afro-Canadian Contractors Association (ACCA), says seeing racist graffiti and nooses left at a construction site at Michael Garron Hospital sped up the group's plans: "It's disturbing, but it's not uncommon.  It is a very painful time to watch.  So, you know, this is a continuation, but we'll continue the fight."

The group was formed in the Fall, but the Afro Canadian Contractors Association (ACCA) marked the start of Black History Month with its official launch.

The group hopes to help break down barriers that Black contractors face trying to get started in the business and if they are established, help land more lucrative contracts for larger projects.

Spence says prospective corporate clients sometimes assume that all the developers bidding for a contact will be White and he’s noticed there are not a lot of Black developers - recalling being reminded of that when he was bidding on a bigger contract.

"The CEO comes out and he says to the secretary, 'Is Spence here?'  And I've been sitting there for half an hour already.  But they don't know that it's me," he said. "So there's a premise or an understanding that at this level, you should be a White gentleman making all these decisions building all these fabulous places."

But he says there may be more opportunities for Black contractors as large corporations, institutions and municipalities are using social procurement - an organization's process of purchasing goods and services to achieve strategic social, economic and workforce development goals.

"York University, for instance, has got some big plans and they've already set aside a certain amount of funding for the Black Community," Spence said.

To Continue Reading This Labor News Story, Go To: www.cbc.ca/news/canada/toronto/afro-canadian-construction-association-officially-launches-for-black-history-month-1.5894555