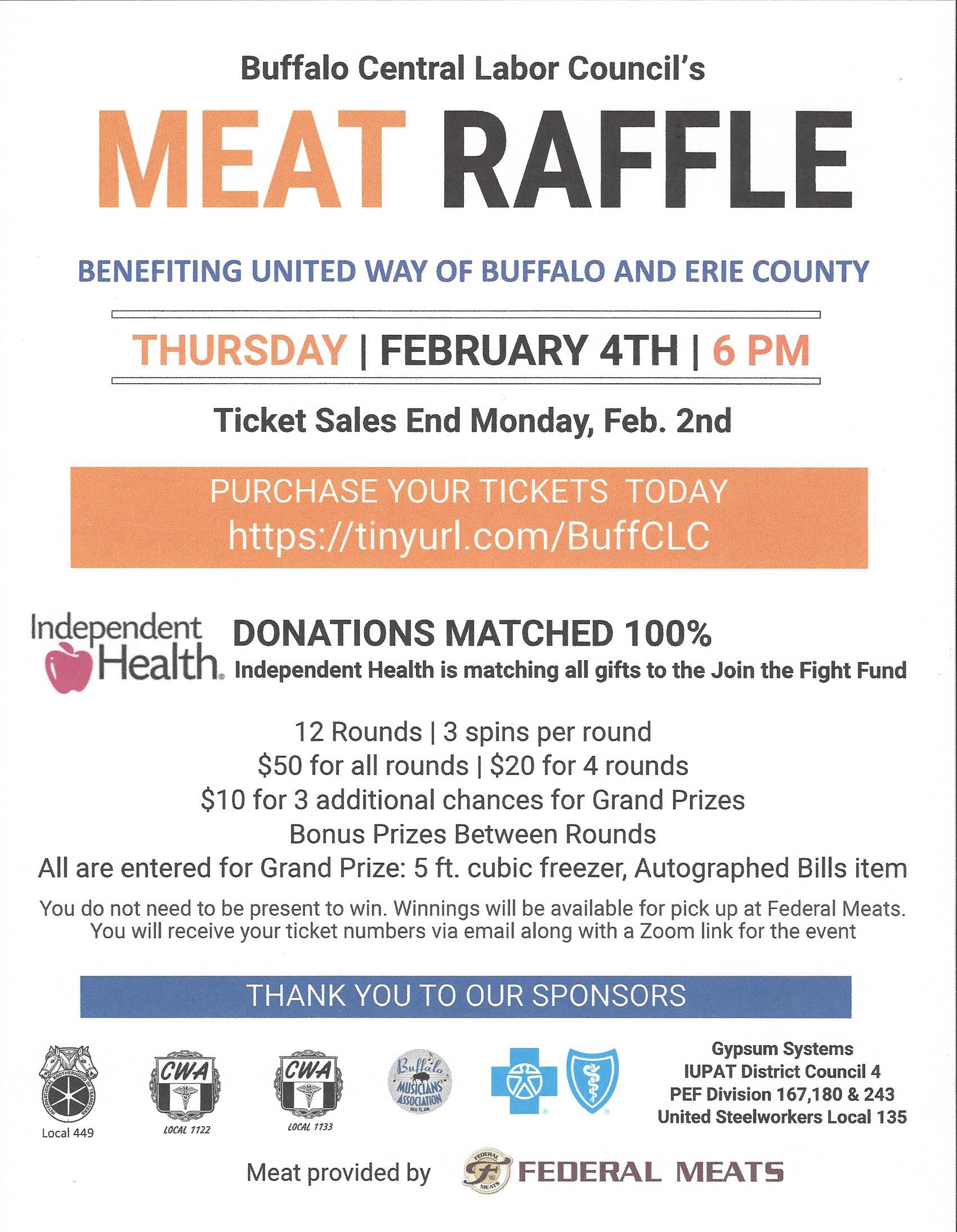 (BUFFALO, NEW YORK) – In the age of COVID, desperate times call for the creation of unique fundraising efforts.

Case in point, this Thursday’s (February 4th at 6 p.m.) virtual meat raffle - which will be held on-line by the Western New York Labor Movement to help raise donations for the United Way of Buffalo and Erie County, which has been somewhat hamstrung running any in-person fundraising efforts during the Coronavirus Pandemic.

Meat raffles are kind of a big deal in the Buffalo area.

The tradition, believed to be first held in pubs and bars in Australia, some areas of Britain, the United States and in Western Canada, is usually held to help a designated charity.

“We’re ‘encouraging all of Labor to take part in this, because all the money raised goes directly to the United Way,’” Buffalo AFL-CIO Central Labor Council President Denise Abbott tells WNYLaborToday.com.

“It will be an hour-long event and hosted by Communications Workers of America District One Area Director Debbie Hayes and United Steelworkers Local 135L President Tom O’Shei (who are both United Way Board Members).  There will be a number of meat prizes, as well as some ‘special’ prizes - including some signed Buffalo Bills footballs and cleats,” she said. 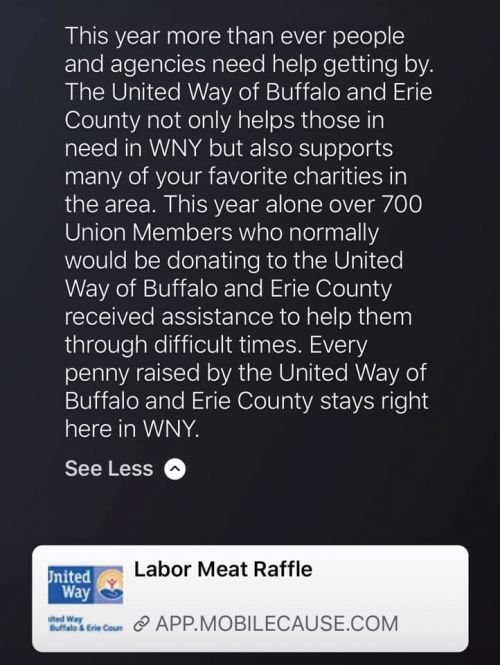 “Our Members ‘have benefitted over the years by what the United Way of Buffalo and Erie County offers them, including help when they are laid off or lose their jobs.’  The United Way ‘has always come through for Organized Labor, especially during the Coronavirus Pandemic,’” said Abbott, who also serves as Communications of America (CWA) Local 1168’s Health and Safety Director.

Fundraiser Co-Host, United Way Board Member and United Steelworkers (USW) Local 135L President Tom O’Shei told Your On-Line Labor Newspaper: “Because of COVID, ‘it was not possible to hold such a fundraiser in person.’  So we thought, people here (in Western New York) ‘love’ meat raffles, so the Buffalo Central Labor Council came through, we found some sponsors and we put together a number of packages of meat (see meat package line-up below).  The grand prize is a chest freezer that you can put in your basement or garage.” 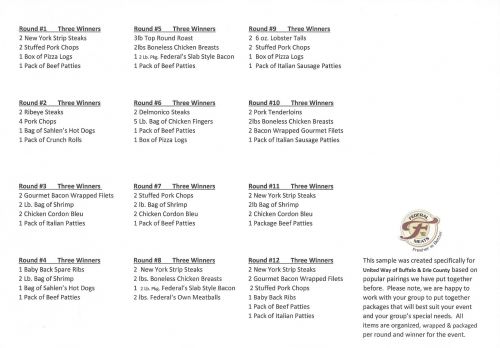 As of today (Monday, February 1st) there were more than 146 tickets sold for the on-line event, Union Officials said.

“When ‘it comes to giving, you can’t get a bigger bang for your buck than what the United Way of Buffalo and Erie County and its affiliated agencies provide,’” said O’Shei, whose USW Local represents slightly more than 1,000 Workers at the Sumitomo (Dunlop) Tire Plant in nearby Tonawanda, including 170 in the Skilled Trades.

One of the meat raffles many sponsors is BlueCross BlueShield of Western New York, which provided WNYLaborToday.com with the following statement:

“BlueCross BlueShield is proud to be the only local health plan in Western New York with a Unionized Workforce, which is why we are pleased to support the Buffalo Labor Council’s efforts by contributing directly to the United Way.  Helping our community has been and remains an important pillar in our organization which we know is a sentiment we share with the Buffalo Labor Council and the Labor Community at large.”