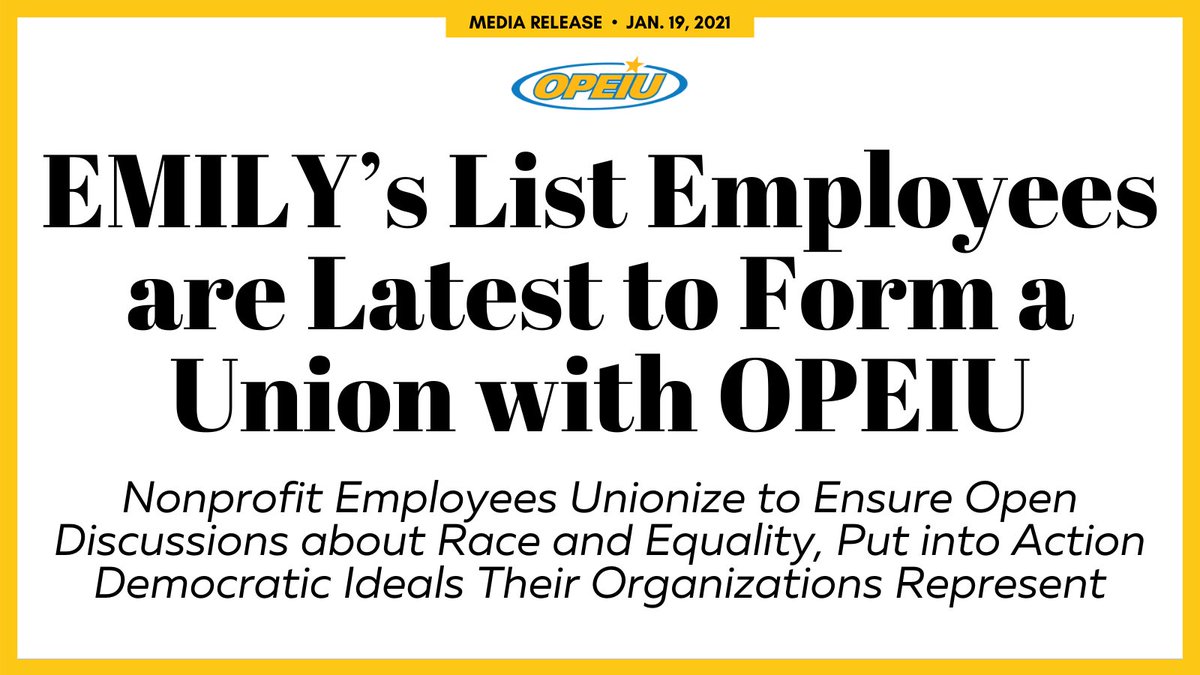 Last week, EMILY’s List management voluntarily recognized the EMILY’s List Staff Union through a card check process conducted by a neutral party and will now be represented by OPEIU Local 2 in the Washington, D.C. Metropolitan Area.

“Non-profit Workers ‘know empowerment from Unionizing will give them more agency to advance the mission and values of their organization and believe employers should see forming a Union as a positive force for social change,’” OPEIU Organizing Director Cindy Schu said.

OPEIU is committed to advancing economic justice for Working People - no matter their occupation.

OPEIU is an affiliate of the 12.5 million-member strong National AFL-CIO.

NEU is a collective of thousands of Non-Profit Union members who work in advocacy and social service organizations throughout the country.

OPEIU’s NEU was founded on the belief that devotion to social change in our communities must include justice for the workers who provide these valuable services.

“Non-profit Workers organizing ‘reflects a confidence in standing up for what’s right and demanding that working conditions reflect the values of their own agency,’” Schu said.

The group of 57 Digital Advisors, Campaign Staffers, Designers, Data Assistants, Community Engagement Staff, Office Administrators, Researchers and other classifications at EMILY’s List - the Nation’s largest resource for women in politics - are devoted to providing a voice for women in government.

They sought to form a Union to ensure open and protected discussions about race and inequality in the workplace, gain transparency into salary adjustments and promotion schedules, and to put into action the Democratic ideals that EMILY’s List represents, according to OPEIU Lead Organizer Grace Reckers.