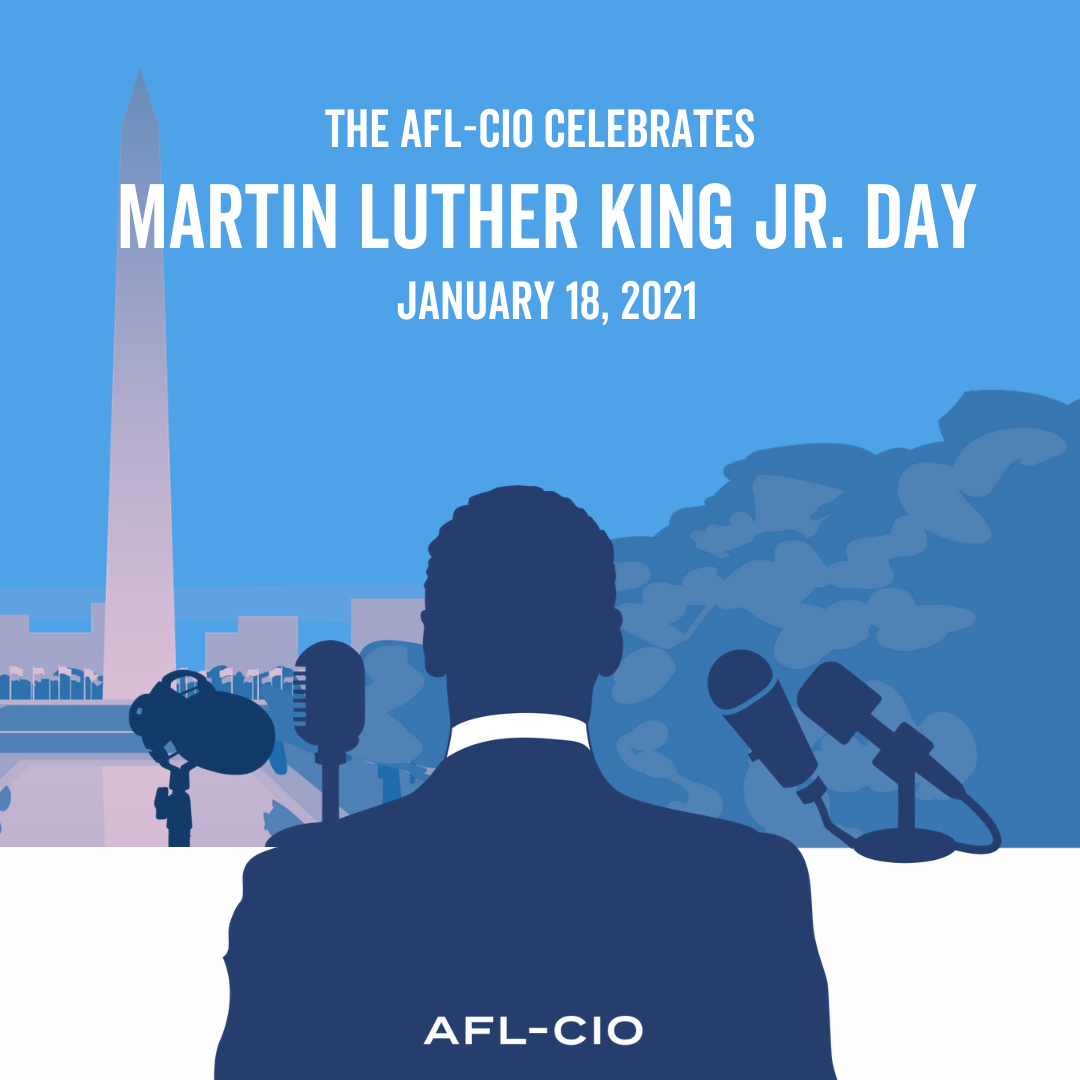 (WASHINGTON, D.C.) - Organizers of the National AFL-CIO’s annual Martin Luther King Conference pledged to use it to “build on past victories,”  but they also can’t escape the shadow of past events - especially the Radical Rightist and White Nationalist invasion of and insurrection at the U.S. Capitol on January 6th, marshaled by since-impeached Republican Oval Office occupant Donald Trump.

Thanks to the Coronavirus Pandemic, this year’s conference, which was held on January 15th and 16th, was both free and virtual, with participants zooming in from all over the U.S., rather than traveling to Washington, D.C.’s Convention Center.

It was just as well, as downtown Washington is an armed camp of high steel fences, concrete barriers, 20,000 police and National Guards, and other militarized forces, and curtailed transportation, all with the goal of preventing a repeat of the early-January invasion when Democrat Joe Biden is inaugurated on Wednesday (January 20th). 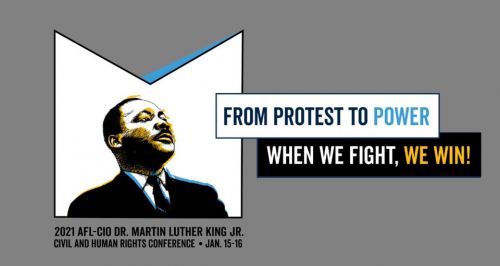 And it’s the Biden Administration that conference attendees looked towards when they convened.

“We’re done talking about what 2020 has taken from us.  Let’s talk about what we built together. Let’s talk about what we’ll fight for in 2021,” the conference announcement says. “Thousands of Organizers and Activists protested across the country, demanding to be heard as they said, ‘Black Lives Matter.’  Millions of people elected Joe Biden and Kamala Harris to the White House, winning a Labor-friendly administration and the first African-American and Indian-American Woman as Vice President.  With that inspiration, the theme for the 2021 Martin Luther King, Jr. Civil and Human Rights Conference is From Protest to Power: When We Fight, We Win.  We will gather virtually to build on our victories and strategize about the continued fight for economic and racial justice with - and also within - the Labor Movement.”

National AFL-CIO President Richard Trumka, who opened the conference, setout Labor’s agenda for this year and underscored the linkage between Unions and Democracy.

Other speakers included top National AFL-CIO Leaders and Union Presidents, and the conference will still have a variety of seminars on every issue from Black Lives Matter to criminal justice reform to economic inequality.

“As we start to rebuild (the Nation and the economy from the Coronavirus Pandemic) ‘we must remember that any hope for recovery is impossible without equity,’” Trumka said while unveiling the National AFL-CIO’s agenda for 2021. “That is ‘why racial justice is a key’ component.  Structural racial inequity ‘exists in nearly every facet of our country.’  Our workplaces, our health care system, our criminal justice system.  ‘This has always been true but never been clearer.’  It’s ‘why’ the incoming administration ‘should appoint a racial equity czar.’  ‘We need someone dedicated to leading an inter-agency task force that directly addresses racial injustice in all the places it exists.’” 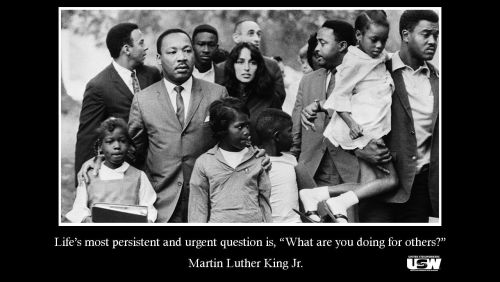 But there’s still the racist and White Nationalist backdrop of the Capitol invasion and insurrection, aided and abetted by many Congressional Republicans - the same Republicans who have spent years oppressing Blacks, Browns and other People of Color.

To Continue Reading This Labor News Report, Go To: www.peoplesworld.org/article/afl-cio-king-conference-looks-ahead-to-what-is-possible/