Union Allies Call On Biden âTo Fireâ Trump's Labor Board Attorney, âImmediatelyâ - What Biden Decides To Do About Peter Robb âCould Be A Bellwether For How He Governs, As A Moderate Consensus-Builder Or A Hard-Nosed Progressiveâ 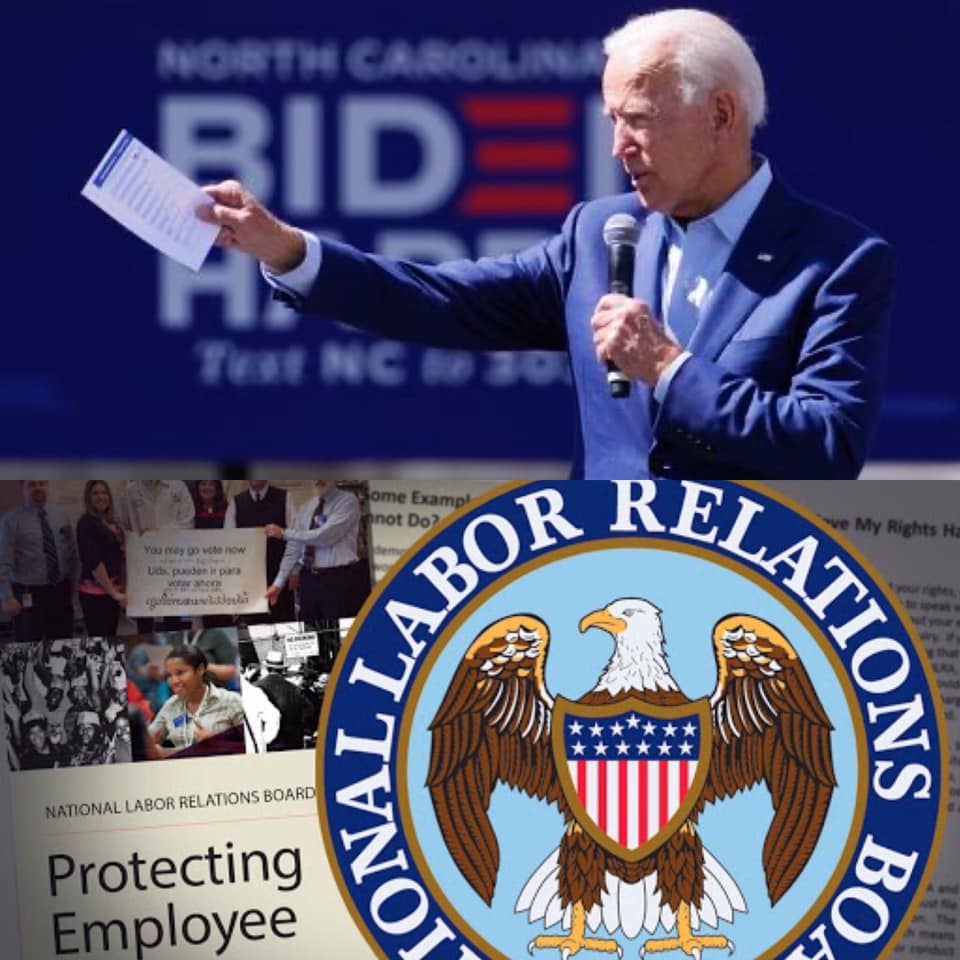 (WASHINGTON, D.C.) - One of the country’s most powerful Labor Unions is urging the incoming Biden Administration to quickly fire the General Counsel of the National Labor Relations Board (NLRB), a potentially precedent-setting move that Labor Groups argue is necessary to protect Worker Rights.

Peter Robb, who was appointed by Republican President Donald Trump and confirmed by the GOP Senate, has 10 months left in his term as the Labor Board’s quasi-prosecutor.

The General Counsel plays a crucial role in shaping U.S. Labor Policy, pursuing cases and setting rules that can determine how easy or difficult it is for Workers to bargain collectively.

The two-million-member Service Employees International Union (SEIU) sent a memo to President-Elect Joe Biden’s transition team in late December making the legal and moral case for sacking Robb, calling him an “extreme, Anti-Union ideologue” and a “uniquely destructive figure” in Labor Relations, according to a copy of the memo provided to The Huffington Post.

The Fight for $15 Campaign in fast food, which was spearheaded by the SEIU, organized a one-day Strike at McDonald’s restaurants in several cities last week (Friday, January 15th) to coincide with the birthday of Dr. Martin Luther King, Jr.

Firing Robb was a central theme of those protests.

The NLRB General Counsel may be an obscure official to most Americans, but what Biden chooses to do about Robb could be a bellwether for how he governs - as a consensus-making Moderate who wants to play nice with Republicans, or as a hard-nosed Progressive who wants to deliver for Labor Unions and other allies.

SEIU supported Biden’s candidacy and campaigned for him on the ground in crucial Swing States like Michigan.

Bloomberg Law reported in November that Worker Advocacy Groups were hatching a pressure campaign aimed at getting Biden to fire Robb.

Since then, SEIU has circulated memos not just to transition officials, but to other allies in the Labor Movement arguing for Robb’s removal.

Terrence Wise, a Fight for $15 Leader and McDonald’s Worker from Kansas City, Missouri, said Biden should not hesitate to oust Robb: “The NLRB ‘is supposed to be there to help’ Workers ‘get’ a Union.  ‘That hasn’t been the case.’   (Robb) ‘has led the fight against Unionization.”

The NLRB is an independent agency that referees disputes between employers and Unions, with a five-member Board that decides important cases, kind of like a Supreme Court.

The General Counsel, who is separate from that Board, is supposed to investigate and prosecute cases where employers or Unions run afoul of the law and to manage the work of the agency’s field offices.

The General Counsel serves a four-year term and is not normally fired when a new President takes office, even from a different political party.

Robb’s term is scheduled to end in November 2021.

Firing him instead would allow Biden to install a new General Counsel that is more friendly to Workers and Unions right away.

To Continue Reading This Labor News Story, Go To: https://m.huffpost.com/us/entry/us_6000a47cc5b62c0057bb6301/amp?guccounter=1&guce_referrer=aHR0cHM6Ly90LmNvLw&guce_referrer_sig=AQAAAAq3U1eV8cNzLrzNbHV36-KWOCUmznvpZVUALwYJyt89GQR5BBLdDieW18b9d_msjGPJwbmd5UsUaqlCM0j38VWJnEJdHbcpZcs_q6_CQ_aG2yv5dxrJm_Z8I0uXSi9F229vJsn0fofX-nZrDNYKw85cCdPKTd2bVt13xUlhFIVR&ypf=&__twitter_impression=true&fbclid=IwAR1ljZYCaR8RPqOg7Lqb3lg5Gl232S1dr2v79DAoxo5mABo0hzJPkRRkwcc