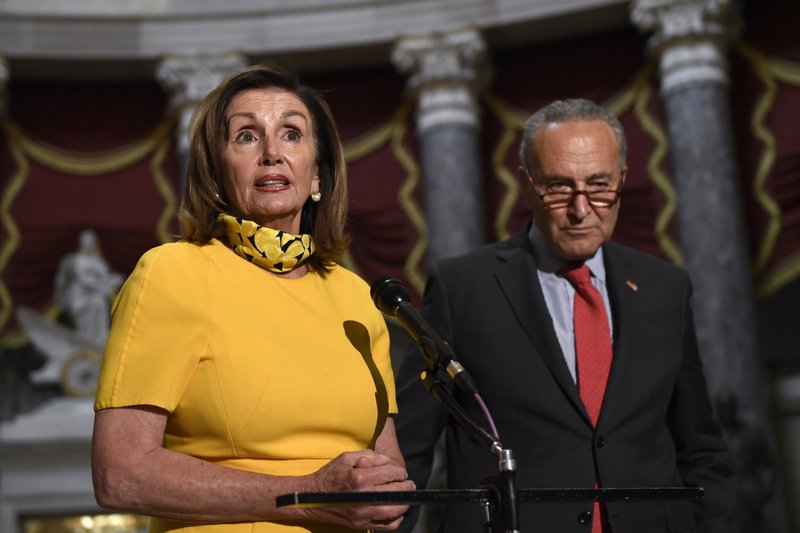 The American Federation of State, County and Municipal Employees (AFSCME), the largest Union of Public Employees, wrote a letter to the Democratic leaders with a coalition of Labor, Education and Advocacy Organizations, including the National AFL-CIO, the National Education Association (NEA) and the Service Employees International Union (SEIU).

“With a new President taking office next week and with Democrats assuming control of the U.S. Senate, this investment in states, counties, cities, towns and schools must be an early and top priority.  We urge you to make it a reality within days of President-elect Biden’s inauguration,” the groups wrote.

The coalition blamed Senate leadership and the Trump Administration for obstructing funding for state and local governments in 2020.

“Local elected officials from both parties - who are responsible for somehow running functioning governments in this environment, without the ability to run deficits - are on board. And polls have consistently indicated overwhelming popular support from voters as well,” the groups wrote.

The Coronavirus Relief Package passed in December didn’t include direct funding for state and local governments, but did include $1.6 billion to back local government efforts to distribute the vaccine and to conduct Coronavirus testing and contact tracing.

Schumer has pledged a “bold agenda” when Democrats take control of the chamber on January 20th and said it start by passing additional Coronavirus relief.

Other groups on the letter include the American Federation of Teachers (AFT), the National Association for the Advancement of Colored People (NAACP), Teach for America, The International Union, United Automobile, Aerospace and Agricultural Implement Workers of America, and the United States Conference of Mayors.

To Directly Access This Labor News Story, Go To: https://thehill.com/business-a-lobbying/534168-unions-ask-pelosi-and-schumer-for-1t-in-emergency-aid-for-state-and-local